Home Real Housewives of Beverly Hills News RHOBH Alum Lisa Vanderpump Discusses Kyle Richards Reaching Out to Her and Admits a Reconciliation Is Possible, Calls Out Lisa Rinna for Betraying Denise Richards, and Reacts to Brandi and Denise’s Drama

RHOBH Alum Lisa Vanderpump Discusses Kyle Richards Reaching Out to Her and Admits a Reconciliation Is Possible, Calls Out Lisa Rinna for Betraying Denise Richards, and Reacts to Brandi and Denise’s Drama 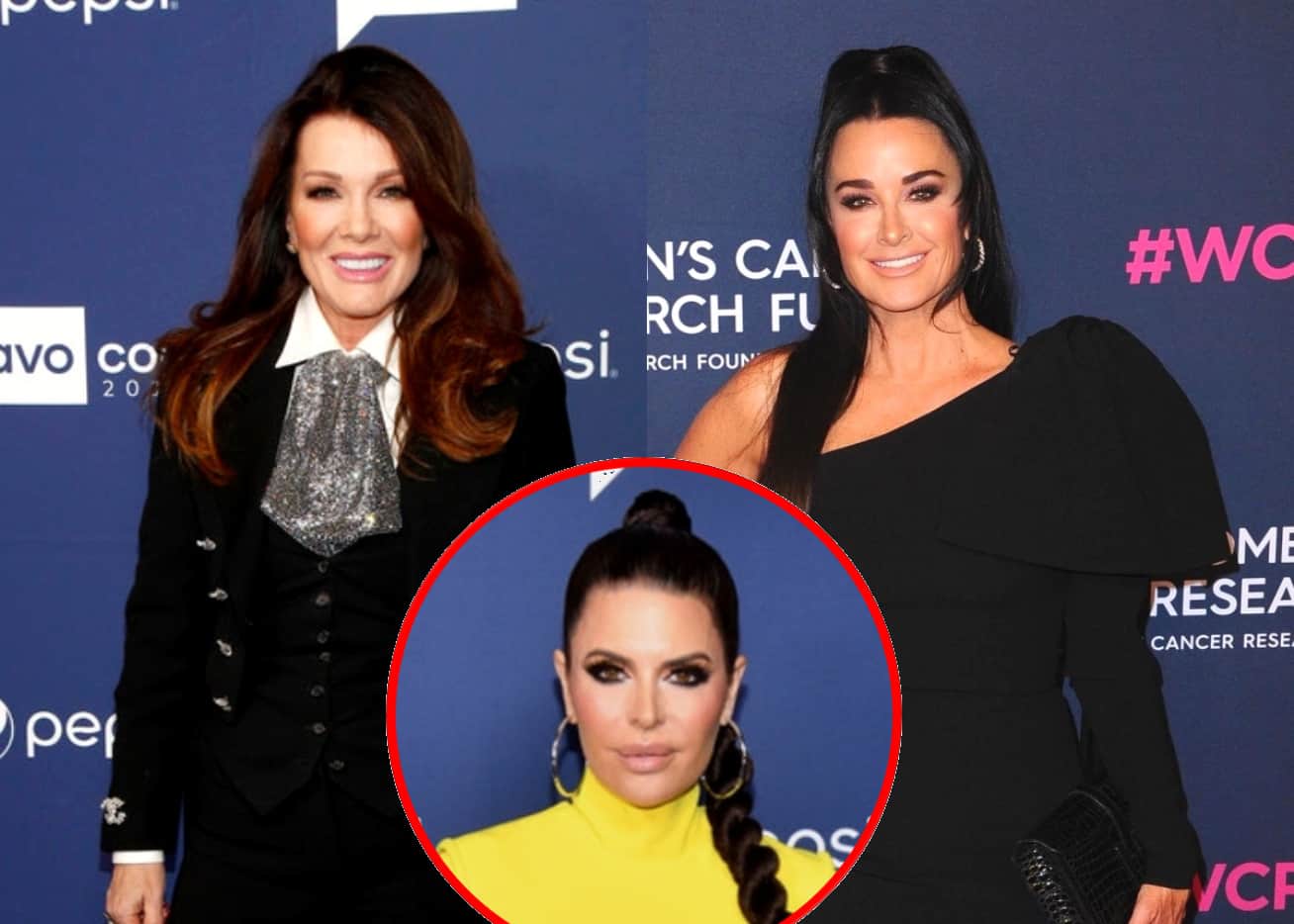 Lisa Vanderpump dished on “all things” Real Housewives of Beverly Hills during a recent episode of her podcast.

Over a year after leaving the Bravo reality show, Lisa chatted with celebrity guest and Real Housewives super-fan Michael Turchin about her latest interaction with Kyle Richards and their future before addressing Brandi Glanville and Denise Richards‘ rumored affair and Lisa Rinna‘s betrayal.

“I don’t talk to Kyle,” Lisa confirmed during an October episode of All Things Vanderpump.

According to Lisa, Kyle sent flowers to her after the June 2019 death of her mother but she’s not so sure her former RHOBH castmate was genuine with her efforts to reach out.

“She did send me flowers after my mother died. It was really nice and I said, ‘Thank you,’ for the flowers. But so much crap has been talked about me. And I think you kinda want to reach out and see how somebody’s actually doing,” Lisa explained.

Although Lisa questioned Kyle’s motivation for sending her flowers, she made it clear that the door hasn’t completely closed when it comes to a future reconciliation between them.

“I am an advocate for saying, ‘Who knows?’ Because I always said I would never do a reality show but here I am, 400 episodes later,” Lisa noted. “We had a unique chemistry and we did have a lot of fun together but I think it was quite a few seasons that she really, she’d always say, ‘Oh I do think she’s guilty but I love her.’ And what kind of friendship is that?”

While Lisa didn’t tune into RHOBH season 10, she discussed the main storyline of the show, Brandi and Denise’s supposed hookups, with Michael after he mentioned the topic, asking, “Why would [Brandi] need to expose it?”

“[Denise]’s got children and she’s got a husband. [Brandi] never needed to ever say anything. I understand [her not wanting to be the other woman] but then don’t bring it up,” Lisa said of the issue.

Then, when Michael mentioned Teddi Mellencamp and suggested she was boring, Lisa suggested she displayed hypocritical behavior during season nine, which saw Teddi coming forward with allegations against Lisa involving the supposed leak of a negative story about Dorit Kemsley.

“Remember on the Puppy Gate season when she said, ‘I never lie!’ And then she went, ‘Actually I did lie.’ All I said was, ‘You’re guilty by omission. You’re not telling the truth. That’s the same as lying,’” Lisa recalled.

Lisa also wondered why Rinna betrayed Denise by speaking about her alleged encounter with Brandi behind her back after Michael noted that Rinna had claimed to be stressed at the time.

“Why would she betray [Denise Richards]? She was [claiming to be stressed] with me. It’s been a long ‘lately,’” Lisa said of Rinna’s excuse, adding that “it’s not fair” when the cast gangs up on one person.

As for the season 10 newbie, Garcelle Beauvais, Lisa said she was aware of Garcelle’s presence on Twitter because RHOBH fans have frequently tagged them in posts with one another.

“I saw Garcelle tweeted something like, ‘Well maybe Lisa Vanderpump will come back.’ I didn’t respond because I knew if I responded, it would blow up. But apparently she is really nice,” Lisa said of the actress.

Lisa then applauded Garcelle for calling out Kyle and Rinna and invited her to appear on an upcoming episode of All Things Vanderpump.

“Good for her [for calling out Kyle and Rinna]. Garcelle, if you want to come on my show let’s put the p*ssy among the pigeons,” she stated.