Erika Jayne and Thomas Girardi may have had help when they allegedly embezzled $2 million from family members of victims of a plane crash in Indonesia in 2018.

As a number of creditors attempt to collect on the money they are owed from The Real Housewives of Beverly Hills cast member and her estranged husband, new details are being revealed in regard to the potential involvement of Thomas’ law firm partners.

“Update on Contempt against David Lira and Keith Griffin: Edelson’s crushing reply brief points out that Lira was a signer on firm trust account and had been referred to in court as a partner. The papers say they aided and abetted the violation of the courts order,” attorney Ronald Richards tweeted on January 6.

“As in every case like this, the villain did not act lone. We will see how the court treats this damaging evidence of knowledge and assistance,” he added. 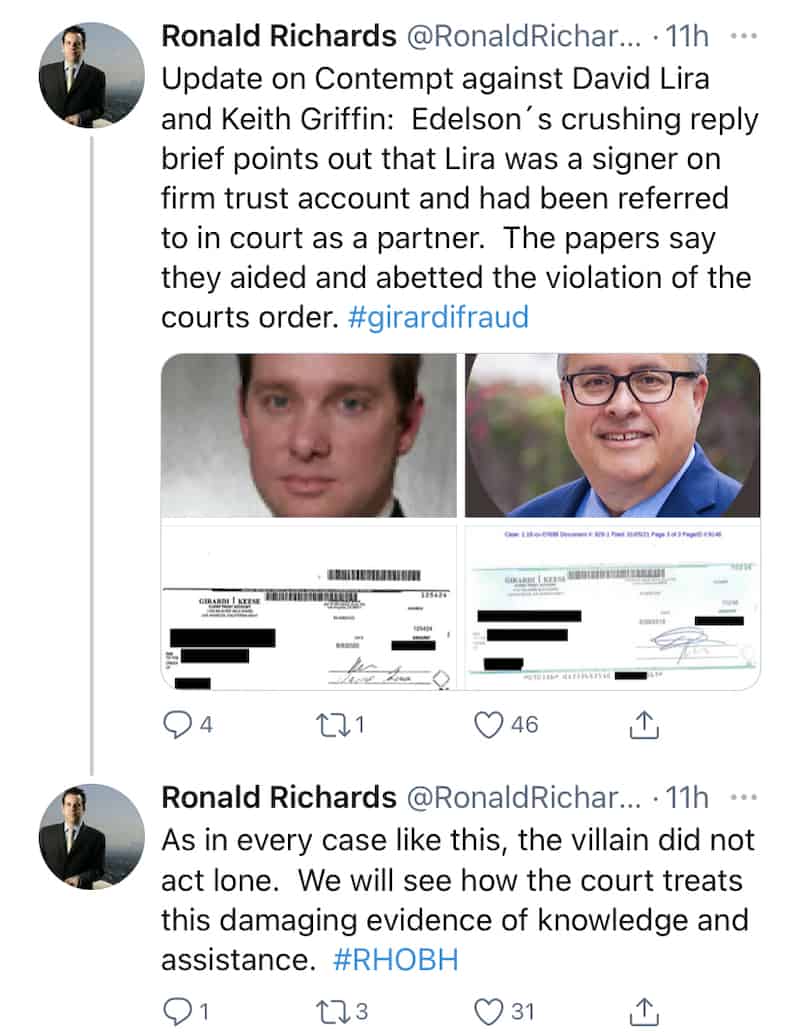 Also on Twitter, Ronald confirmed two separate trustees had been appointed to rule over Thomas’ assets, including those he shares with Erika and those who he shares with his firm.

Then, in response to a Twitter user who wondered what would happen if certain books were destroyed prior to the court order, Ronald confirmed Thomas and Erika would be found in contempt. 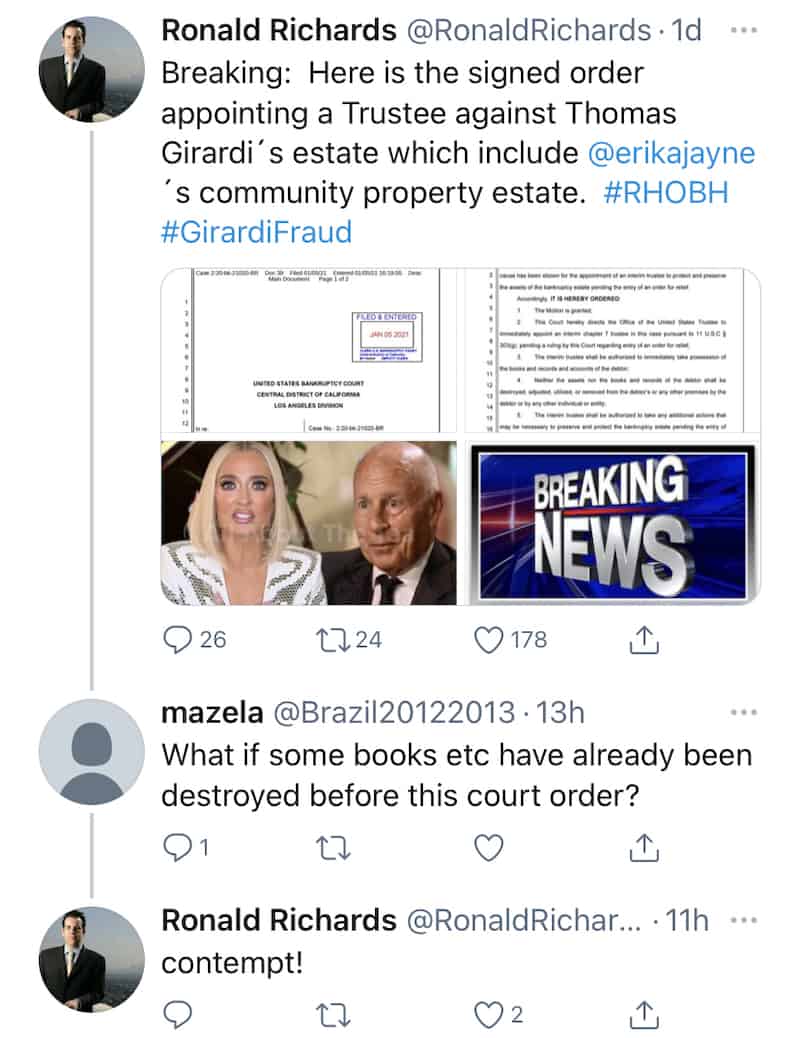 In another tweet, Ronald explained the anointing of the second trustee.

“Breaking: Notwithstanding the Judges suggestion to appoint one trustee, the US Trustees office has appointed two. One for Thomas Girardi and [Erika Jayne]’s [community property] and the other, for [Girardi Keese] which is not even a separate stand alone entity,” he stated.

Breaking: Notwithstanding the Judges suggestion to appoint one trustee, the US Trustees office has appointed two. One for Thomas Girardi and @Erikajayne´s comm. prop. and the other, for Girardi & Keese which is not even a separate stand alone entity. Orders: #RHOBH #girardifraud pic.twitter.com/AGcH5F7yUh

Erika and Thomas are currently facing an uphill battle when it comes to their ongoing legal drama.

As RHOBH fans likely heard, the couple was accused of embezzling $2 million in a lawsuit filed last November. Then, in the weeks that followed, Girardi Keese seemingly fell apart as a number of additional cases were filed against Thomas.

The appointing of the trustees comes after a judge approved a motion filed by Thomas’ creditors that forced him into involuntary bankruptcy.

Now that the trustees have been named, an assessment of Thomas’ assets, including the assets he shares with Erika and the assets of his law firm, will likely be taken, and ultimately, his past due balances are expected to be paid, at least in part.

The Real Housewives of Beverly Hills season 11 will likely premiere on Bravo sometime this spring.