Falynn Guobadia Alleges Ex Simon Said Porsha Williams Slept With His Cousin For Rolls-Royce, Shades Their Relationship, and Reveals If She Ever Trusted RHOA Star 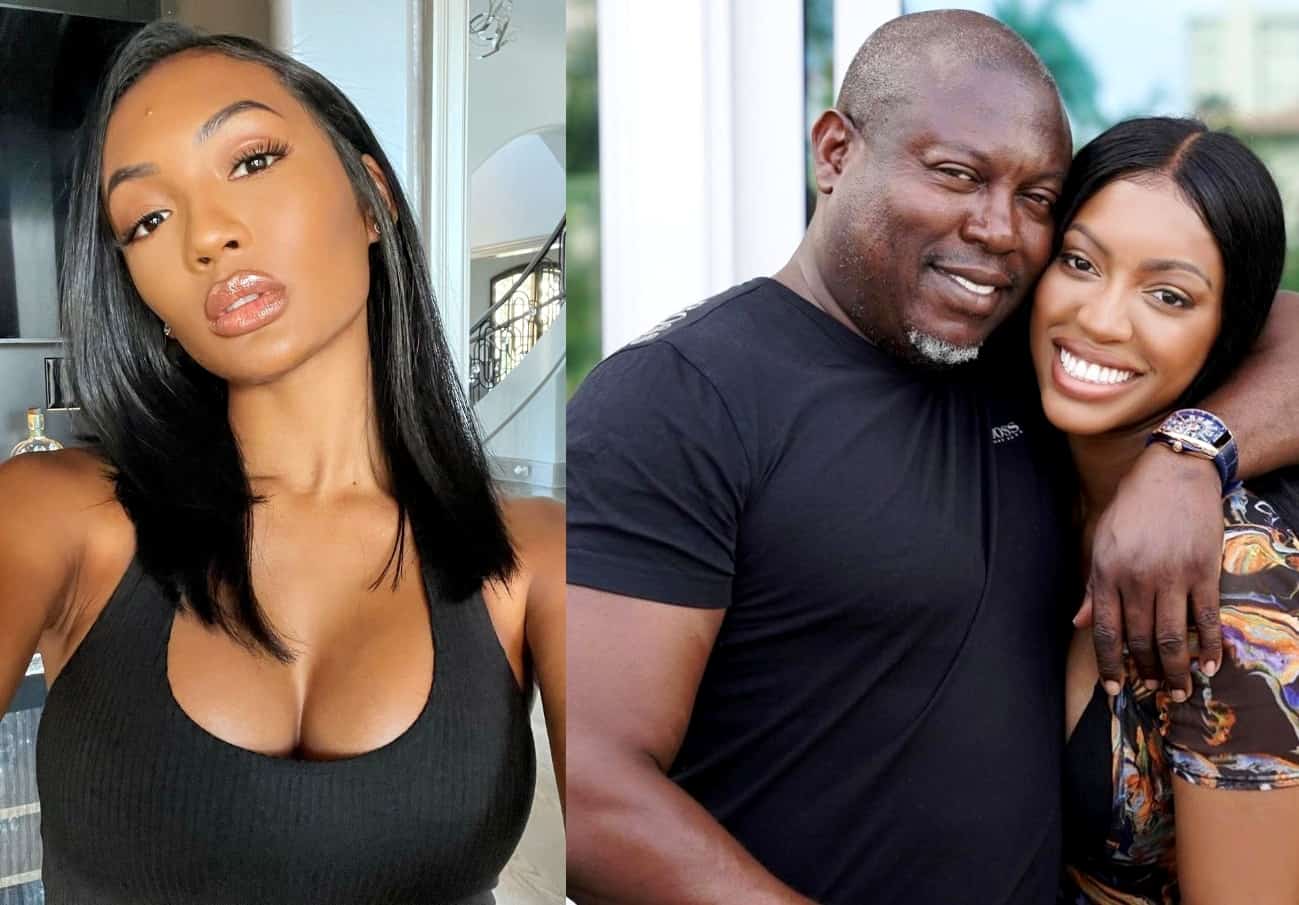 Falynn Guobadia claims Simon Guobadia used to bad-mouth Porsha Williams as she questions the authenticity of her estranged husband’s relationship with the Real Housewives of Atlanta star.

Falynn, who is now choosing to go by her maiden name, Falynn Pina, hasn’t said much since her tell-all sit down with Up and Adam on YouTube. However, in a new interview, the mother-of-three offered new details about the messy situation when asked if Simon ever spoke about Porsha while they were filming season 13.

“Oh no, he’s talked about her,” Falynn quipped to the Fox Soul co-hosts on July 19.

“[Simon] told me that she slept with his cousin for the Rolls-Royce that she has,” she continued. “So I just don’t understand how is it that you… I’m not going to say leave a happy home, ’cause listen, we had our things, but how is it that you filed for divorce from me for a woman that you used to talk so much mess about? And for someone who slept with your family member?”

As for whether she believes Simon will expect Porsha to sign a prenup before they tie the knot, Falynn said she doesn’t think they’ll actually make it down the aisle.

“I don’t think it’s real for her to even go that far,” she snarked. “Simon loves his money. He loves his money, and he loves his status, and he’s not just gonna give it to anybody. And he doesn’t know her.”

Though Porsha has claimed in the past that she and Falynn were not friends, Falynn seemingly believed otherwise as the women had spent time together off-camera as well. In fact, after they filmed Falynn’s debut episode at the home she once shared with Simon, the ladies spent hours in Falynn’s closet with Porsha helping herself to some of Falynn’s clothes.

Furthermore, Falynn thought she could trust the reality star because she never got a bad vibe from her at the time.

“Do I feel as though I trusted her enough? Sure, yeah,” she shared. “I didn’t think she was one of those types of women who would come in and try to plot over a woman’s husband. Absolutely not, I did not get that at all from her at that time.”

As for those cheating allegations Simon has thrown out about her via social media, Falynn unequivocally denies his claims. Though she and her former assistant, Jaylan Banks, confirmed their romantic relationship earlier this week, Falynn maintains they were strictly friends until just recently.

“[Jaylan] is my boo thing. It took a while for us to get here, but we did not cheat,” she declared. “Simon knew about our friendship, I mean, he was at [our] house, he would stay there all the time.”