Home Real Housewives of Dallas News RHOD: Travis Hollman Talks Bryan’s Cheating Scandal and Gives Update on Brandi’s Marriage, Addresses Rumors About His Own Marriage, and if Stephanie Will Return in “Friend” Role

RHOD: Travis Hollman Talks Bryan’s Cheating Scandal and Gives Update on Brandi’s Marriage, Addresses Rumors About His Own Marriage, and if Stephanie Will Return in “Friend” Role 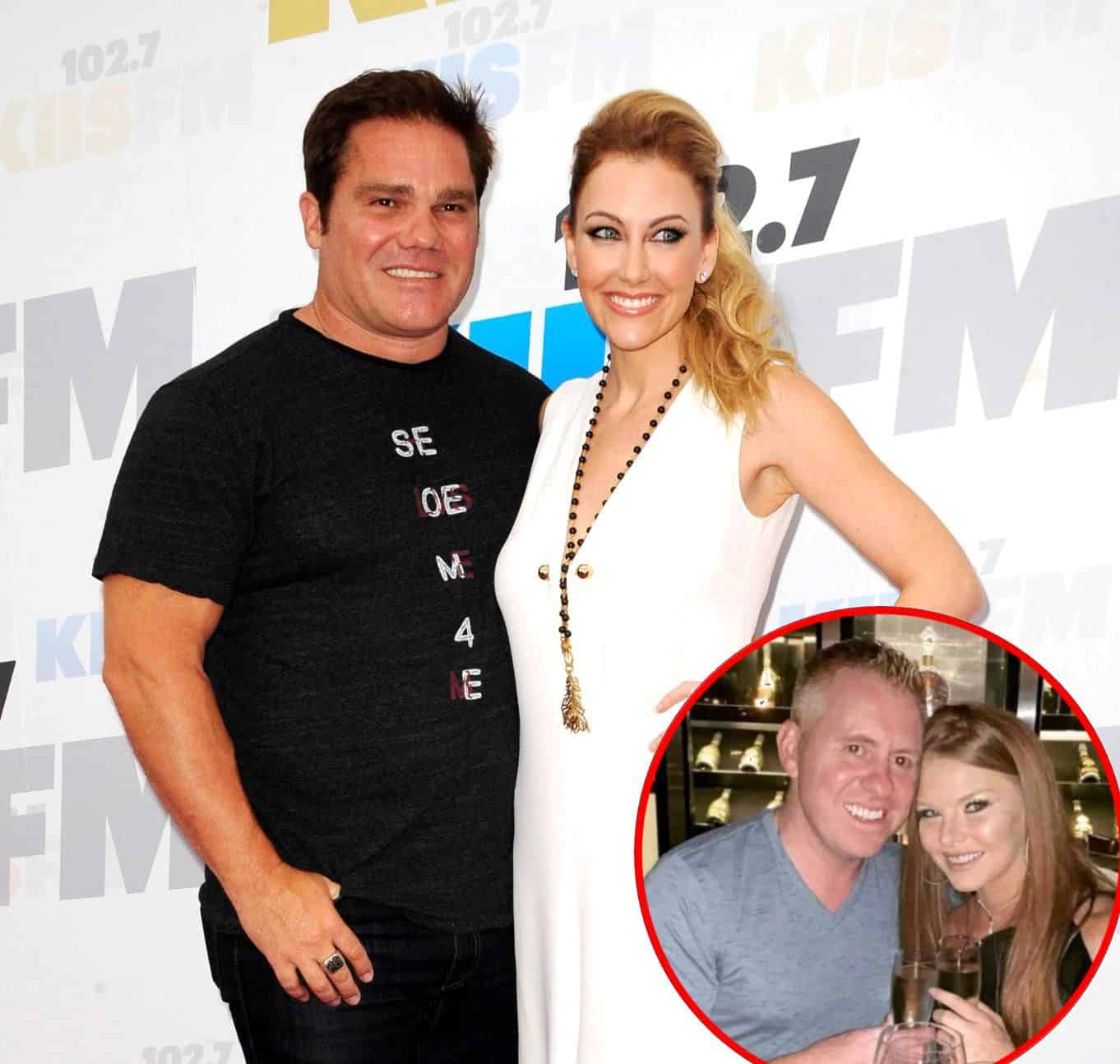 Stephanie Hollman‘s husband, Travis Hollman, shares what really went down the night Brandi Redmond‘s husband was caught kissing another woman and dishes on the pressures of being a Real Housewives of Dallas husband before revealing if Stephanie would ever return in a “friend role.”

While discussing a wide range of topics in a new interview, Travis offered an update on Brandi and Bryan Redmond‘s marriage following the infamous leaked video. He also revealed how he and Stephanie would have handled the situation.

“They’re doing fine. They’re doing great, he shared on the Side Piece with Melissa Pfeister podcast. “They just bought a new house. She’s happy. He’s happy. Had that happened to Stephanie and I, Stephanie and I would not take it as well, and that might be the end of our relationship. But, they’ve been together since they were 15 years old. They’re happy right now, and you gotta let everybody do their own thing.”

Though Travis seemingly had Bryan’s back as the scandal played out, the Hollman Inc CEO admitted that Brian puts himself in some sticky situations sometimes.

“I think that Bryan might put himself in worse positions than I do, normally. I don’t know what happened there. I’ve asked him if anything happened,” he revealed, referring to the night the video was taken. “And he said that was all that happened that night. That’s what he told me. But it still looks really bad.”

Travis also shared what Bryan told him about the night in question, claiming the father-of-four knew he had been busted and rushed out of the club as a result.

“He told me this girl just kept coming up, and coming up, and people kept having their phone on,” Travis revealed. “And when the picture was taken, he was really messed up. And one of the people working there [told the person who captured the video], ‘Listen, you gotta erase that off your phone.’ So he knew that picture got taken, and he said he freaked out and got outta there. But he still put himself in a bad position.”

As for Travis and Stephanie’s relationship, he said their marriage is stronger than it was prior to joining the show. However, as fans well know, there have also been rumors that Travis hasn’t been faithful to Stephanie, which he addressed before discussing how careful he has to be out in public.

“She knows [the cheating rumors are] not true, but she doesn’t like that the rumors are out there,” he explained. “She’s like, ‘You gotta be careful with [who] sits with you.’ And I’m like, ‘I’m sitting at the bar watching a game. I can’t tell who’s sitting next to me.’ You just kind of deal with it, I guess.”

He added, “Either you sink, or you swim out here. If you’re one of those guys who run around on your wife they’re gonna find out in about two seconds. If you say anything bad about each other, people blow that up , so you kind of gotta be real nice to each other [in public].”

Meanwhile, he also discussed the reports regarding a RHOD cast shakeup, which he believes would be a good idea due to the “odd dynamics” among the women in season five.

“They’re talking about a cast shakeup, and I think that would be good,” he confessed. “I don’t know who it needs to be. I mean, I like everybody that’s on there.”

However, if Stephanie isn’t asked to return full-time, fans shouldn’t expect to see her appear as a “friend” according to Travis, who threw shade at those who have accepted a “friend role.”

“Someone will get thrown off a show, and then they’ll want to be friends of and stuff. And it’s like, Why are you doing that? If you’re off, leave!'” he snarked. “I’ll tell you if Stephanie comes back, I don’t know if she is or not, but she’s not coming back as a friend of. She’s either on, or she’s not. She’s either getting paid, or she’s not. There’s no middle ground.”

“I think it’s hard to [leave] for a lot of people,” he continued. “I think it will be hard to do when it happens to [Stephanie]. It’s gonna happen to her maybe this year, maybe next year.”