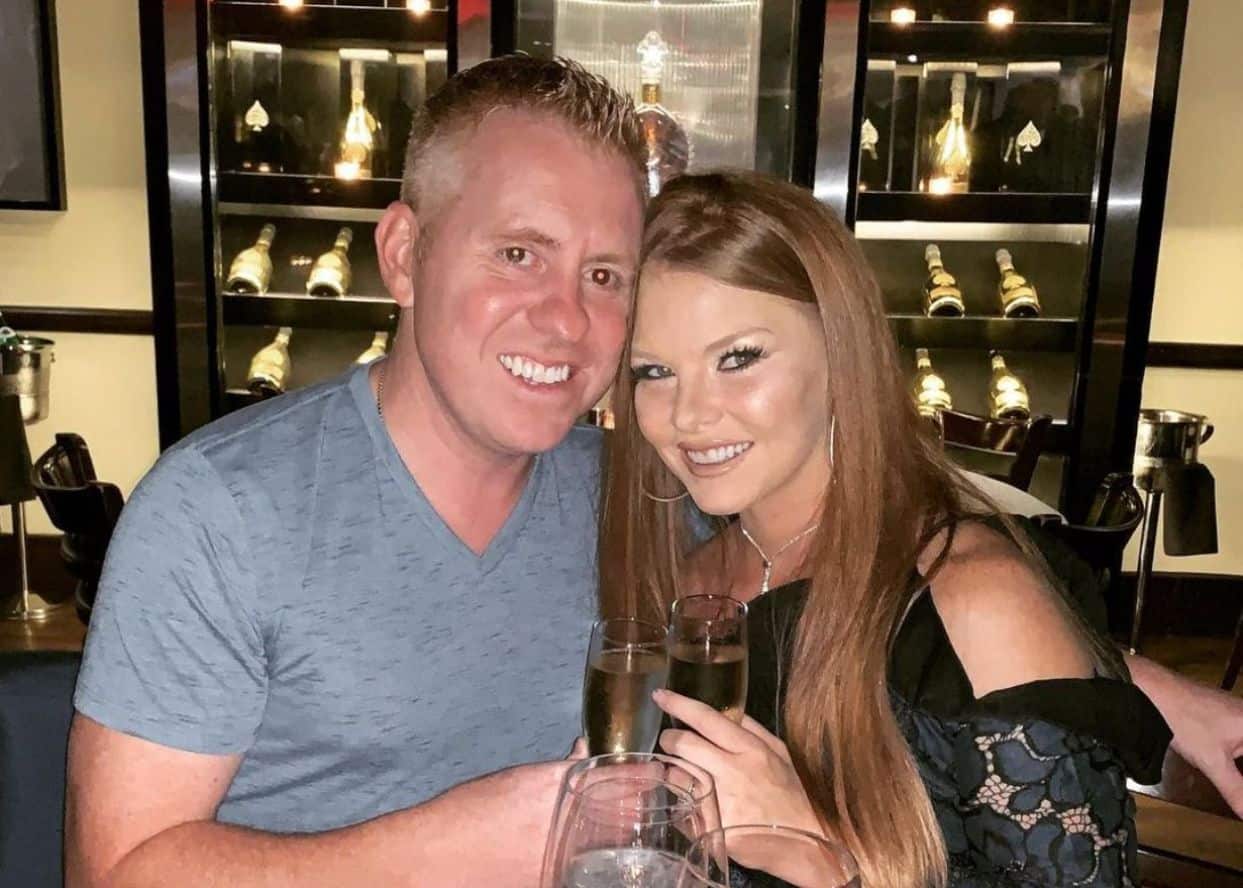 After Brandi Redmond sadly confirmed that it was her husband who was featured in the clip at the Real Housewives of Dallas reunion, someone claiming to be his “mystery woman” is sharing new details regarding what took place between them.

“It’s kind of a wild story but, it’s me,” the woman wrote in a DM to Bravo and Cocktails on Instagram. “I had to make a fake account. Just because I’m still unsure I want to say anything but I just found this video on Tuesday. So the fact it’s been out this long and no one’s figured out who that woman is, is kinda crazy to me.”

After the Bravo fan page then questioned the yet-to-be-identified woman about whether or not their time together was a “hookup” or “drug deal,” she confirmed, “It was a hookup.”

“It wasn’t at all a drug deal. I never saw him do drugs, and I never gave any to him. I had a bag over my shoulder and I think I was reaching for my phone lol,” she explained, shooting down rumors claiming the two of them looked cozy only because they were doing some sort of illegal exchange.

Following an alleged “one night thing” between herself and Bryan, the woman said the two of them “texted a little bit but nothing more came out of it.”

When Bravo and Cocktails later asked the woman if she knew who Bryan was, she said she’s “never watched” RHOD.

“I honestly have never watched the show. He was talking to one of my friends about his son he just adopted being in People magazine, and then told her about his wife being on Housewives. And his business. Literally no idea about anything once he started talking to me other than seeing pictures of his kids he showed me,” she claimed. 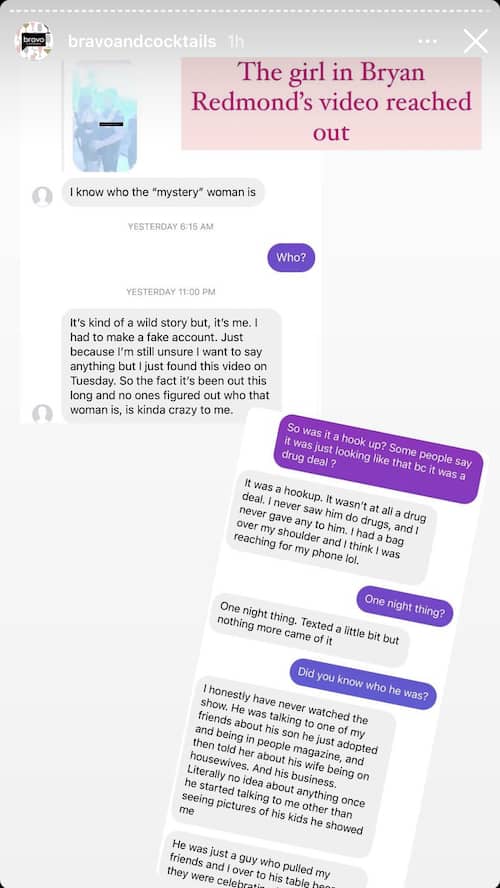 While Brandi’s longtime friend and RHOD co-star, Stephanie Hollman, admitted to fearing that Brandi would “do something to herself” after the scandal broke, the mother-of-four ultimately confirmed she would be staying in her marriage and labeled herself a “happy wife.”

No word yet on when The Real Housewives of Dallas will go into production on season six.