Home Real Housewives of Dallas News Is a RHOD Cast Shakeup Coming? Only 3 Current Cast Members Will Return For Season 6 According to Report as Fans Weigh In

Is a RHOD Cast Shakeup Coming? Only 3 Current Cast Members Will Return For Season 6 According to Report as Fans Weigh In 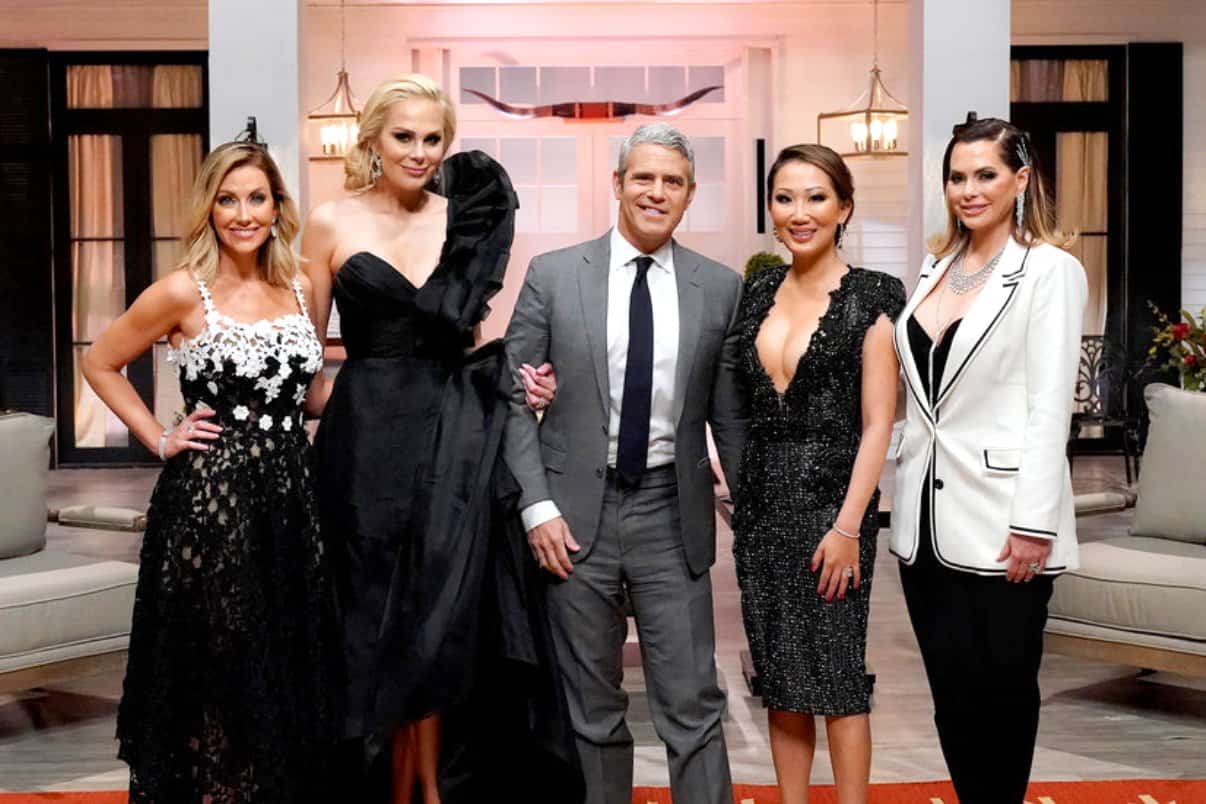 Is Real Housewives of Dallas getting a major cast shakeup ahead of season six?

According to a new report, Bravo is hoping to change things up a bit in Dallas following two seasons of controversy.

This report comes months after Brandi Redmond appeared to quit the RHOD back in February, stating that she is ‘choosing happiness.’ Since then, Brandi has yet to address her status on the show.

Plus, as fans have likely heard, some major drama took place between Dr. Tiffany Moon and Kameron Westcott following their short-lived reconciliation at the season five reunion, which forced Bravo to get involved.

Kameron and Tiffany feuded on social media all season long, but things really came to a head when Kameron and members of her family, including her husband Court Westcott and brother-in-law Chart Westcott, accused the respected anesthesiologist of racism on Twitter.

Kameron claimed Tiffany used a clown emoji to represent “white face” against her, and Court accused the doctor of “anti-racism” and “open vile racism.” Furthermore, Kameron’s brother-in-law, Chart, suggested that Tiffany’s drinking habits could be putting her patients in jeopardy.

Following the accusations, Tiffany tweeted, “it’s time for a change,” and she changed her bio to “previous cast member” of RHOD. This led many to believe she had quit the show due to her co-star’s — and her family’s — behavior.

However, her rep later confirmed that Tiffany was not quitting the show, and Bravo released a statement making it clear they were on Tiffany’s side in the cyberbullying drama.

“Bravo strongly supports the Asian American and Pacific Islander (AAPI) community. Anti-racism is, in fact, not a form of racism and the network stands by Dr. Tiffany Moon and her advocacy against racism and violence,” the network wrote.

If this latest cast shakeup report is accurate, it’s still unclear who the network is planning to ask back, but the aforementioned scandal will likely play a role in their decision.

As for the fans, it seems the majority are hoping Tiffany, D’Andra Simmons, and Stephanie Hollman will return, judging by the comments on Instagram.

“I’m hoping for Stephanie, D’Andra and Tiffany,” one fan wrote. 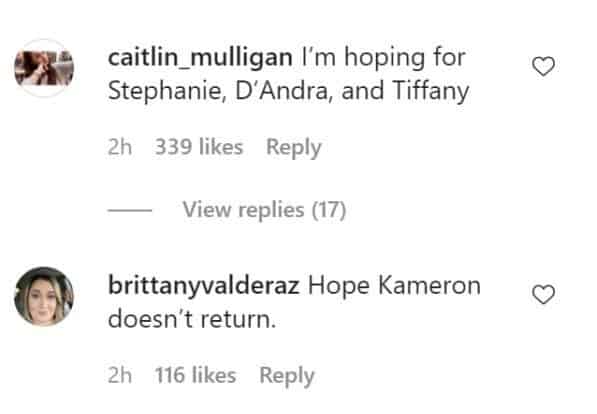 However, a fourth fan believes it’s a “toss up” between Tiffany and Kameron.

“I’m thinking Stephanie, D’Andra, and it’s a toss up between Kam or Tiffany for the [third],” the person wrote.