Home Real Housewives of Dallas News Dr. Tiffany Moon Seemingly Quits the RHOD After Just One Season, See What She Revealed on Twitter Amid Racism and “Cyberbullying” Drama With Kameron Westcott and Her Family

Dr. Tiffany Moon Seemingly Quits the RHOD After Just One Season, See What She Revealed on Twitter Amid Racism and “Cyberbullying” Drama With Kameron Westcott and Her Family

by Lindsay Cronin May 14, 2021 161 comments
ShareTweetWhatsappPinterestRedditTumblrMailFlipboard 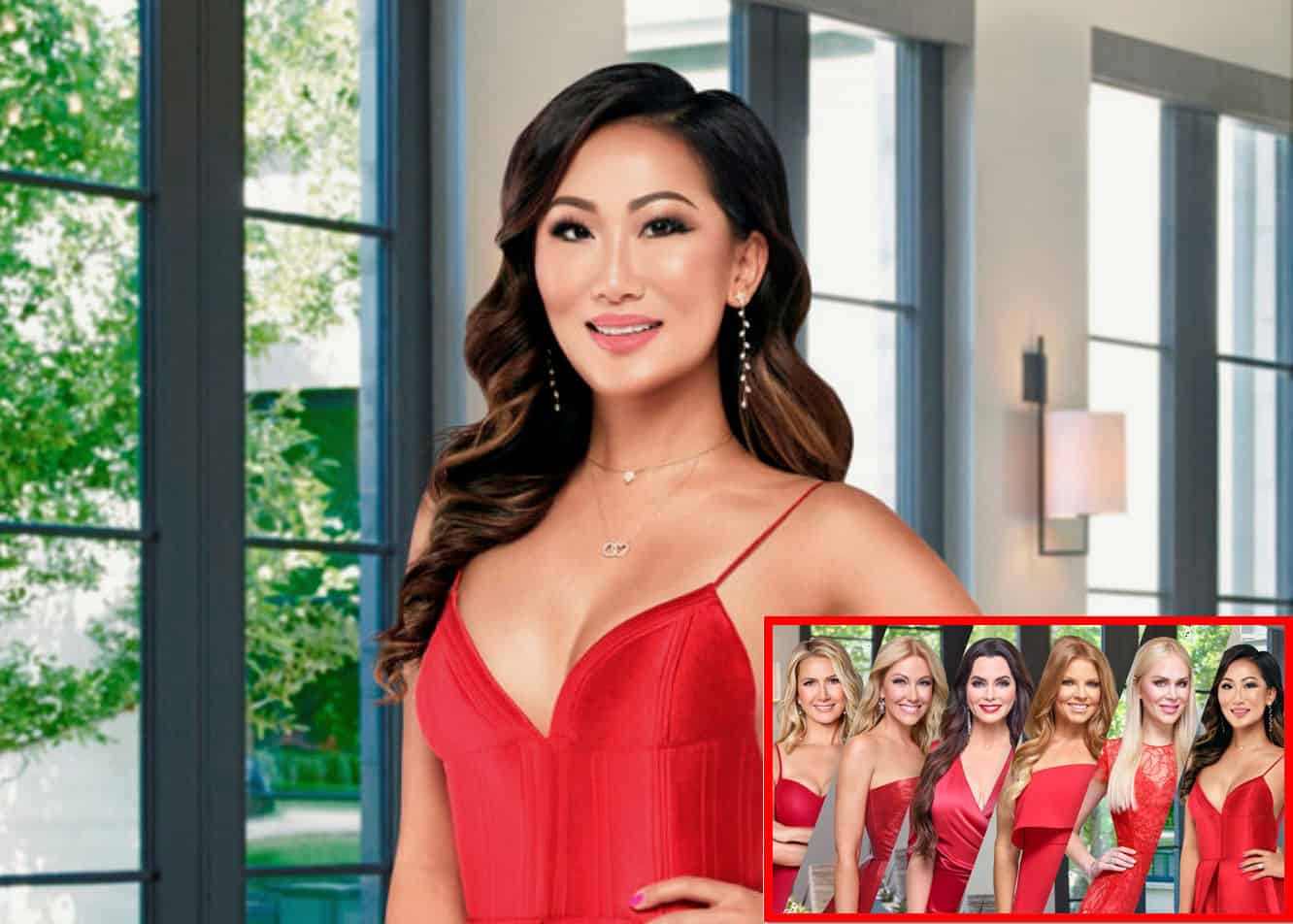 Dr. Tiffany Moon appears to have quit The Real Housewives of Dallas after just one season.

After Kameron Westcott and members of her family, including husband Court Westcott and brother-in-law Chart Westcott, accused the doctor of racism in a number of tweets, Dr. Tiffany seemingly confirmed her exit as she called for “a change.”

“Good morning everyone ❤️ it’s time for a change. Have a wonderful day!” Dr. Tiffany tweeted on May 14 along with a photo of herself with her hair in a towel and her cell phone in her hand. 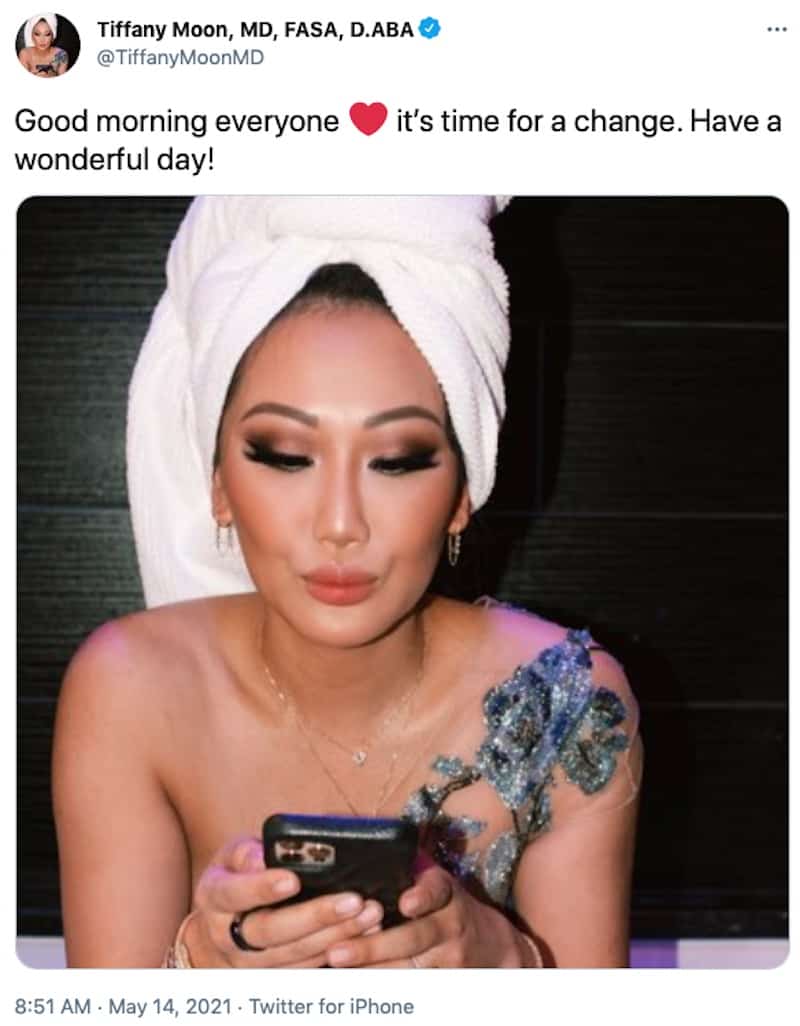 Following the post, a number of fans took notice of the “change” Dr. Tiffany appeared to be referring to as her bio was changed to reflect that she is a “previous cast member” of RHOD. 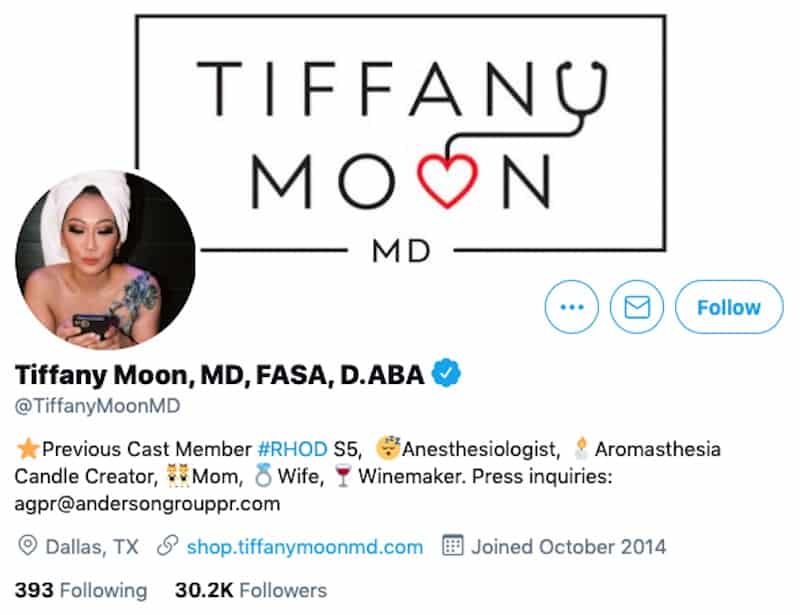 Amid her apparent exit, Dr. Tiffany admitted to having a “rough week” after a fan tweeted to her and mentioned the recent “cyber bullying” she’s experienced.

“I’m so sorry you & your family had to experience this ugliness & cyber bullying. It’s gross,” the fan wrote. “You have been fantastic, honest, articulate, vulnerable, funny & classy this whole time. You deserve only admiration, success & the sun, moon & stars.”

“Thank you so much for your kind words. It’s been a really rough week,” Dr. Tiffany replied. 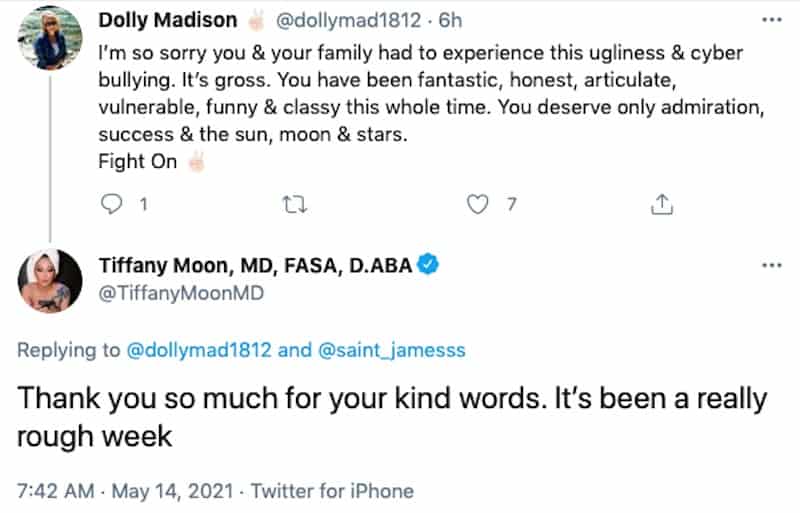 Although Dr. Tiffany appears to be done with RHOD, she may not be done with reality television completely. In fact, on Thursday, she spoke of the possibility of moving on to a spinoff series with D’Andra Simmons.

“Tiff, how do we get you and D’Andra on some other show instead of this one?” podcaster Danny Pellegrino wondered. 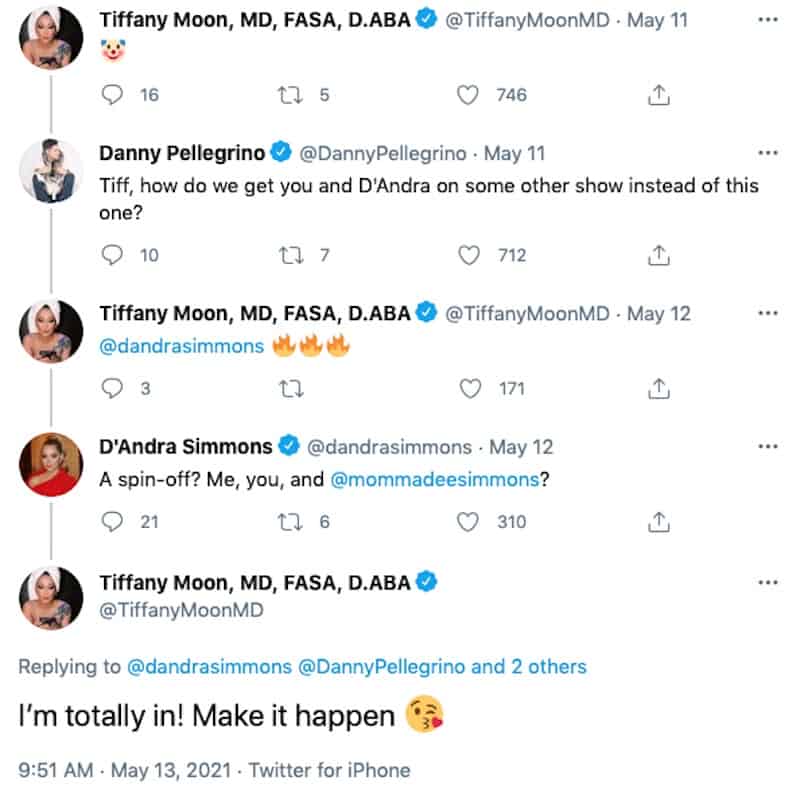 Earlier this week, amid the conclusion of the RHOD season five reunion, Kameron accused Dr. Tiffany of using a clown emoji to represent “white face” against her. Court also claimed the anesthesiologist was exhibiting “vile racism,” and his brother, Chart, suggested her drinking habits could be putting her patients in danger.