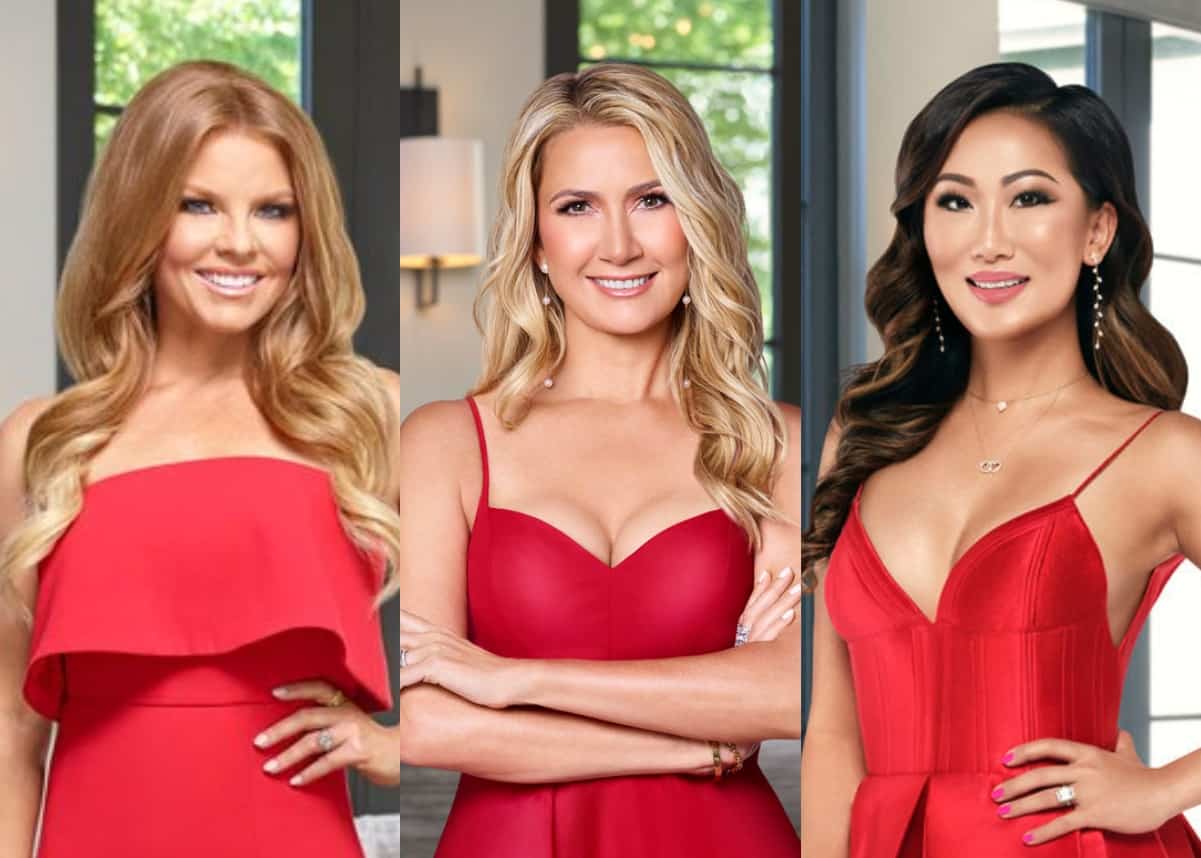 Brandi Redmond will be seen answering some big questions at the Real Housewives of Dallas season five reunion.

In the just-released sneak peek at the upcoming two-part event, Brandi is confronted about her husband Bryan Redmond‘s alleged cheating and about acting like a victim after her racism scandal as Kary Brittingham opened up about her own marriage and Dr. Tiffany Moon called out Kameron Westcott for attempting to teach her about her own culture.

“A video was making its rounds of your husband Bryan at a club with another woman,” Andy tells Brandi in the reunion trailer as she immediately wipes a tear from her eye.

Brandi is also met by Dr. Tiffany, who suggests she didn’t really feel like the victim she pretended to be after their discussion about the racially insensitive video she made of herself mocking Asians.

“I don’t know what part of you felt like you weren’t being yourself. You brought a blow up doll with a large phallic object,” the anesthesiologist points out.

When the questions turn to Kary, who, like Brandi, was forced to appear virtually due to Kary’s COVID-19 diagnosis, Andy wanted to know why Eduardo Brittingham was missing for the majority of the season.

“What is happening in your marriage?” he wonders.

“We just told our kids,” Kary replies, hinting that she and Eduardo may have quietly split.

In addition to asking questions of Brandi, Dr. Tiffany also engages in a heated chat with Kameron.

“Thank you for explaining my culture to me!” Tiffany yells at her co-star.

“Food is part of my culture,” Tiffany emphasizes.

While D’Andra Simmons has accused Kary of bullying her on a number of occasions throughout the fifth season of RHOD, Kary disagrees, telling her castmate, “I think bullying is a really strong word.”

“When I said you were a bully, I felt like you bullying me. All season long I felt like I was being bullied for no reason,” D’Andra insists.

Also feuding at the reunion were D’Andra and Stephanie Hollman.

“Stephanie, I’m not you. I’m not milk toast, I’m not a doormat,” D’Andra fires at her co-star.

“You know what? I am a good friend,” Stephanie replies.

Real Housewives of Dallas Live Viewing – This is also the live viewing thread for tonight’s new episode of RHOD season five, which airs at 9/8c on Bravo. As the episode airs, feel free to share your thoughts in the chat below.