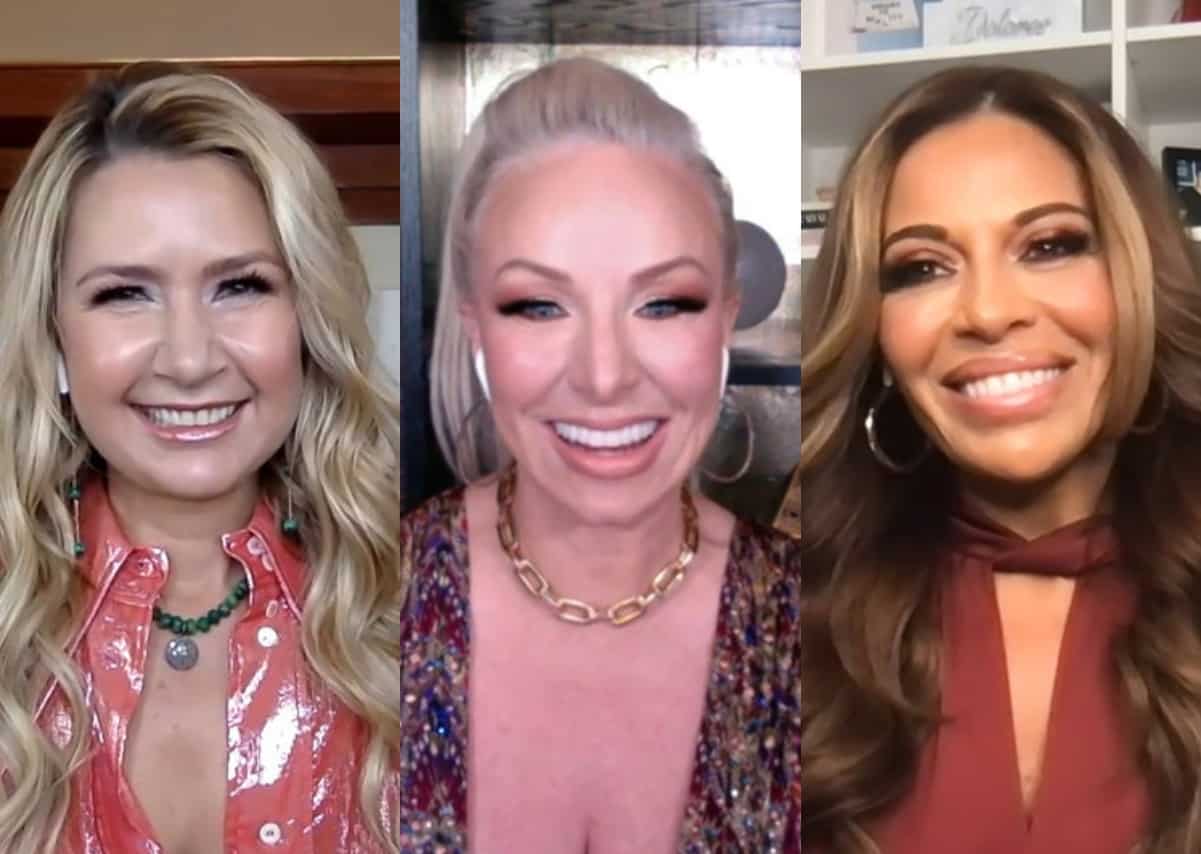 Kary Brittingham is shocked by how her relationships with D’Andra Simmons and Dr. Tiffany Moon played out during the fifth season of The Real Housewives of Dallas.

During a recent podcast appearance, Kary opened up about her drama with her castmates while also addressing Brandi Redmond‘s potential exit from the show, Margaret Josephs and Dolores Catania‘s criticism of her, and more.

“The thing that surprises me the most is what has happened after we ended filming,” Kary said on the April 19 episode of the Behind the Velvet Rope with David Yontef podcast. “We all ended the season in a really good place.”

According to Kary, she wishes her RHOD co-stars told her how they felt about her during filming, rather than on social media after the shows aired.

“Tiffany and D’Andra [have been] the most shady ones,” she shared. “I thought that me and Tiffany were completely fine. I went out of my way to be friends with her.”

“She de-friended me on Instagram,” Kary continued, adding that Dr. Tiffany is the only castmate she doesn’t follow because she “unfollowed [her] first.”

Although Kary and Dr. Tiffany certainly didn’t start out on the best foot, she believed they would form a friendship with one another as filming continued.

“We’re both immigrants. Neither one of us is American. We both had a lot of issues with our moms. We had so many things in common. [I] tried to talk to her about these things and relate to her. It just never seemed like she cared to get to know me,” Kary explained. “She really wanted to get to know [Stephanie Hollman] and [Kameron Westcott] a lot more. And I really was hurt because I really reached out to her and I was really trying to connect with her and she just threw me to the curb.”

Kary was then asked about the Real Housewives of New Jersey stars Margaret and Dolores’ comments during an interview on the Everything Iconic podcast earlier this year. During the interview, the ladies stated they didn’t like Kary due to her poor treatment of D’Andra. Kary responded that the women shouldn’t judge her based on what they’ve seen on the show.

“I’ve never met them,” she said of Dolores and Margaret. “That hurts my feelings because they should know how TV is. I can’t imagine commenting about any other Housewives shows. If they really want to get to know me, they should get to know me.”

As for her falling out with D’Andra, Kary said she was upset about the way D’Andra claimed to have been bullied.

“She knew that a lot of people were seeing me like that and… she did not have to kick me when I was down. That’s not what friends do,” Kary stated, adding that she’s hopeful they will one day “figure out a way to understand each other more.”

While Kary still doesn’t know if Brandi is returning or not, she said the mother-of-four will likely figure it out after the reunion is aired.

“I think she’s had a really tough, tough year. I don’t think she handled a lot of things the way she meant to handle them. And I just think that maybe she was not really ready to put herself on TV, after everything she went through. I would miss her because she was my partner in crime,” Kary stated.

Kary also addressed her own potential edit from the show, saying, “If I’m not meant to be again, next season then I’m not. I don’t have any control. People that have the control, I leave it up to them. They know what they’re doing.”

“I’ll miss it, but I’ll be supportive,” she added.

Also during the podcast, Kary was asked why her husband, Eduardo Brittingham, wasn’t seen much on RHOD season five.

“He was really busy with his business. It was tough with these businesses this year, so he was just really focusing all the time,” she revealed.