Kary Brittingham Shares an Update on Brandi Remond’s Status on RHOD, Accuses D’Andra of Using Brandi’s Scandal to Promote Movie, and Shares Why She Feels “Betrayed” By Tiffany, Plus Live Viewing Thread 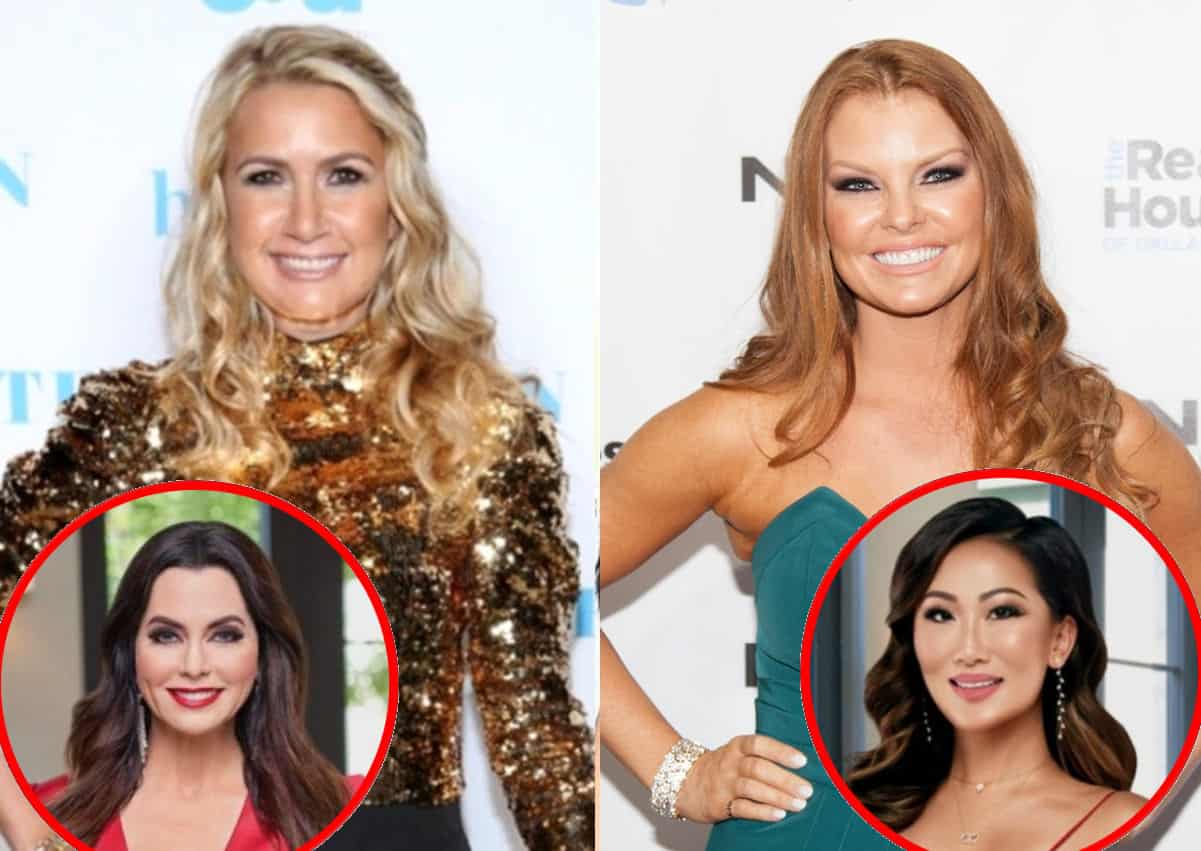 Kary Brittingham believes D’Andra Simmons was out of line for commenting on Brandi Redmond‘s racism scandal prior to the premiere of The Real Housewives of Dallas season five as she’s also sharing an update on Brandi’s status on the show.

Ahead of tonight’s new episode, which features Brandi learning of an interview D’Andra did in regard to the video she made of herself squinting her eyes and talking in an Asian accent, Kary slammed D’Andra for speaking out before accusing Dr. Tiffany Moon of betraying her and taking on allegations of bullying.

“Brandi had a really, really tough time with the video,” Kary told Entertainment Tonight on March 30. “It was not her proudest moment, and that was her story to tell. That’s a moment that D’Andra took away from Brandi, and I think that was not her place to talk about it at all.”

According to Kary, D’Andra spoke of the incident for her own personal benefit.

“She was trying to promote a movie that [she produced], and she used Brandi on there to be the headline, and I just don’t think that it was fair to Brandi, to do that. And Brandi was really hurt,” Kary explained.

As for Brandi’s status on the RHOD, D’Andra added that Brandi won’t make a final decision on her future with the show “until after reunion.” If you recall, Brandi sent out a cryptic Instagram message last month which led to speculation that she was quitting the show.

When it comes to her own relationship with D’Andra, who recently told ET that she was hesitant to get close to Kary after their season five falling out, Kary said she’s fine having a “superficial friendship” if that’s all D’Andra can give her.

“I hope we can really move past that and hopefully be good friends, but two people have to want it, have to work at it,” she says. “Friendships and close relationships are not easy.”

After D’Andra’s dedication to her friendship with Kary was pulled into question on RHOD, D’Andra set a reminder on her phone so she wouldn’t forget to check on Kary from time to time.

“If you have to put a reminder in your phone to call me, that means you have no interest in talking to me,” Kary said in response.

While things between Kary and Dr. Tiffany improved as the fifth season continued, they took a turn for the worse, yet again, as the episodes began to play out. Looking back, Kary said Tiffany never really gave their friendship a chance.

“I just feel like she really didn’t ever want it, to be my friend, and it makes me very sad,” Kary admitted. “I wanted to be her friend. I kept trying to be her friend. So, whenever I started watching the season this year, I was really disappointed.”

“I did call her and apologize for throwing her to the pool. And then I asked her, ‘Hey, girl, do you think, like, I’m a bully? I’m sorry,’ she goes, ‘No, girl. I never thought that.’ So, whenever I saw her calling me a bully on TV and doing all these things behind my back, I did feel a little bit betrayed,” she continued.

According to Kary, Dr. Tiffany never made an effort to get to know her.

“I know she’s made an effort with [Stephanie Hollman] and [Kameron Westcott] off-season a lot. She’s texted them and really tried to be their friend, and she’s never done that to me,” she explained.

When Kary was then asked about the bullying accusations she’s faced throughout RHOD season five, she admitted the claims hurt her feelings.

“I’m very disappointed that people call me a bully because obviously, I don’t feel like I’m a bully,” she shared. “Am I confrontational? Yes. Am I feisty? Yes, but that’s very different than being a bully.”

Real Housewives of Dallas Live Viewing – This is also the live viewing thread for tonight’s new episode of season five, which airs at 9/8c on Bravo. Please share your comments in the chat below.