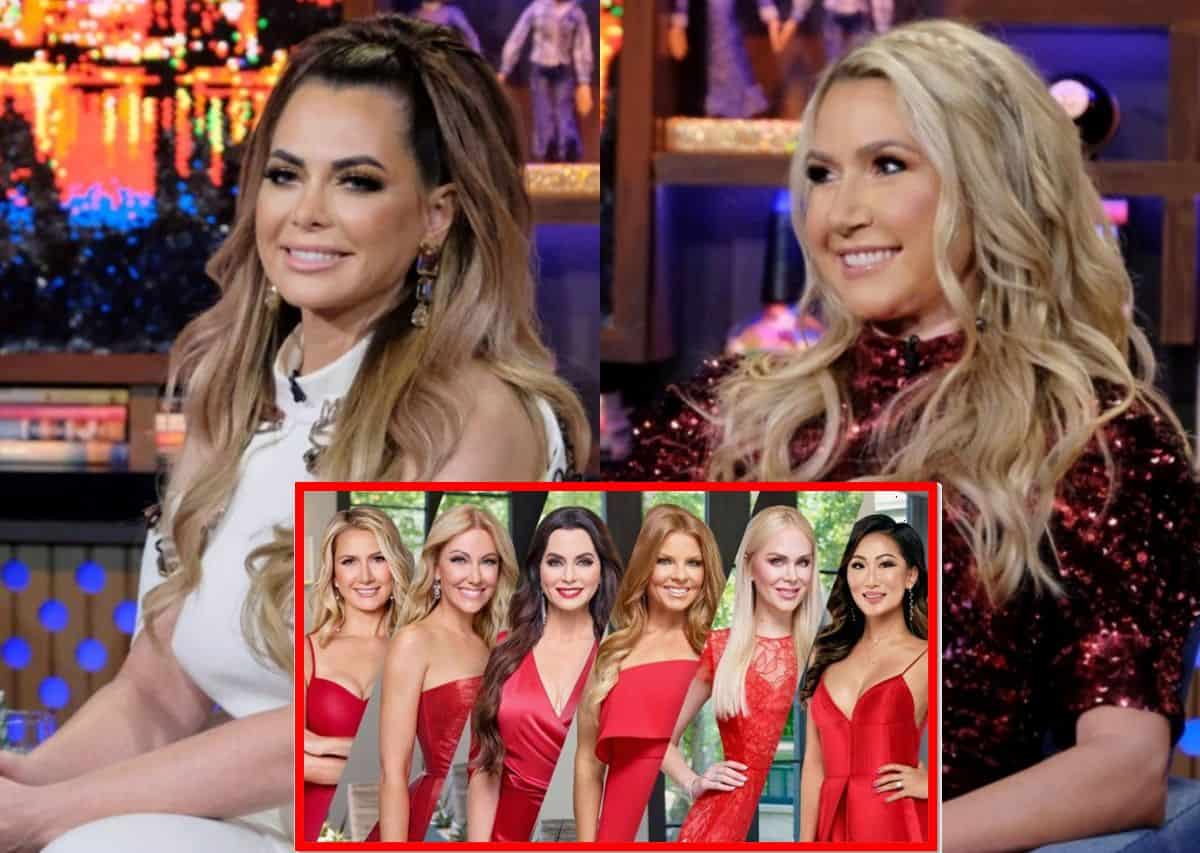 D’Andra Simmons isn’t happy about the way Kary Brittingham has been speaking to her on recent episodes of The Real Housewives of Dallas season five.

After watching Kary spew “hateful speech” in her direction, D’Andra is accusing Kary of “deflection” while also addressing a number of other show-related issues, including her co-stars’ reactions to new cast member Dr. Tiffany Moon and her thoughts on Brandi Redmond‘s Asian video scandal.

“I didn’t understand why Kary was so upset with me and the vitriol and hateful speech I’m hearing every week,” D’Andra explained on Access Hollywood’s Housewives Nightcap on February 11. “She’s so dead-set on destroying me as a friend and as a person and the things that she says are really hurtful.”

“To hear that I’m selfish and that I’m not a good friend and that she wants to keep me at an arm’s length, it really surprised me because I didn’t know she had such deep-seated feelings,” she continued.

According to D’Andra, she’s attempted to make nice with Kary, but to no avail. So, when it comes to a potential reconciliation, D’Andra believes Kary is going to have to look in the mirror.

“It’s time for self-reflection instead of deflection. If she can come to Jesus and realize it takes two to tango, I’m willing to start a friendship with her,” she said.

While D’Andra isn’t in a great place with Kary currently, she defended her former friend against claims of having a drinking problem.

“I don’t think she has a drinking problem,” she confirmed. “I think Kary likes to party and have a good time and like she said, we are all going through stressful moments.”

As for the RHOD cast’s reaction to Dr. Tiffany’s addition, D’Andra said she may have come off a bit strong for some.

“The girls, some of them like her. Some of them have strong reactions to her. You don’t want a doormat coming onto a show like this so I love the fact that she’s not and she stood up for herself but they maybe didn’t realize she was going to come on as strong as she is,” D’Andra explained.

Although some have suggested the cast is jealous of Tiffany, D’Andra wouldn’t use that word, specifically.

“I don’t want to say [they’re jealous] because that’s a big word. I’m just saying that could be a possibility because I’ve heard it a lot from different people,” she shared. “It’s not necessarily what I’m thinking but I do know she has gotten a lot of attention and some people are probably a little bothered by that.”

After denying that she is bothered by the attention Dr. Tiffany has gotten, D’Andra said she was irritated with claims suggesting she is financially cared for.

“It’s extremely duplicitous coming from a bunch of inheritors because every single person on this show is an inheritor or married to an inheritor. I take a very big offense to that because I have run my own company [and] put my own money into my company,” she noted, adding that her castmates likely “don’t even know who their electric company is.”

Moving on to Brandi’s racism scandal of 2020, D’Andra admitted to being “disappointed” by her co-star but said she was happy to see her sit down with Dr. Tiffany.

“I thought it was in poor taste. I’m sure she didn’t have any hate in her heart or racism in her heart, [but] that was never going to land the way she had hoped… And Tiffany was able to explain to her why it was wrong,” she said. “I’m glad she had the moment for redemption. I think there needs to be a forgiveness to see if a person can learn from their mistakes.”

While Dr. Tiffany recently said she may quit RHOD after season five, D’Andra doesn’t believe she’ll do so.