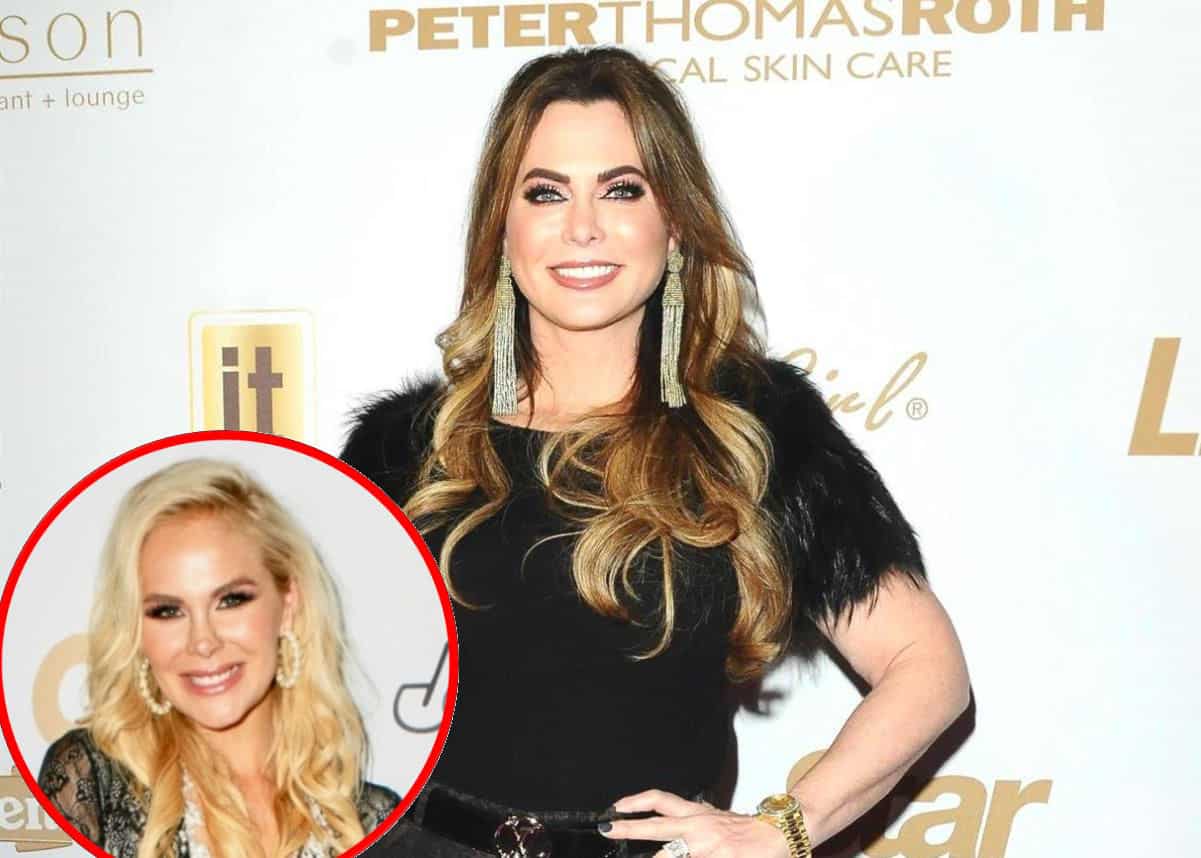 D’Andra Simmons talks her 13 engagements and says she viewed getting a ring as a “challenge” as she and Real Housewives of Dallas co-star Kameron Westcott go back and forth on social media about money.

Fans were flabbergasted when it was revealed on the January 26 episode that D’Andra has been engaged 13 different times. As the ladies traveled to a vineyard on a party bus, they decided to have a little fun on the stripper pole on the bus. D’Andra was surprisingly graceful on the pole and later explained she had a bit of practice due to her multiple past engagements. That’s when shady editing reared its head and a graphic was displayed during D’Andra’s confessional that said, “engaged 13 times.”

Viewers immediately began to compare the Dallas native to Real Housewives of New Jersey alum, Danielle Staub, who has allegedly been engaged a total of 21 times.

“They’re just gonna throw [it] at us for 5 seconds that D’Andra was engaged 13 times??? We see you Danielle [Staub],” one fan account tweeted.

They’re just gonna throw It at us for 5 seconds that D’Andra was engaged 13 times??? We see you Danielle Stub #RHOD

“Who knew that D’Andra could give Danielle/Beverly a run for her [money] in the engagement department?” tweeted another fan.

Who knew that D’Andra could give Danielle/Beverly a run for her in the engagement department? #rhod #RHONJ

The reality star was not ashamed and responded to fans on Twitter by stating, “Sometimes you have to kiss a few (or 13) frogs before you find your Prince Charming!”

Sometimes you have to kiss a few (or 13) frogs before you find your Prince Charming! ???? #RHOD

Although fans were shocked, this isn’t the first time D’Andra has discussed her many engagements. In fact, according to Meaww, she went on the S’More show and spilled a little of her own tea by explaining how Mama Dee had to get involved from time to time once she decided to end an engagement.

“I loved to get the ring, that was a big challenge for me,” she shared. “Then I got bored, didn’t want the guy anymore…. Some of the rings I kept, some my mother gave them back. One time I moved to New York and didn’t tell the guy. I had to give my mother my ring to give to him and break the news.”

D’Andra is now happily married to Jeremy Lock, and she made it clear during a recent Watch What Happens Live appearance that she, and not Mama Dee, paid for her wedding. However, she admits that her mother did pay the massive bill for her first wedding.

“I paid for that wedding [to Jeremy]. That was my second marriage, and it was my duty to pay for it,” she explained. Still, Dee did pay for D’Andra’s first wedding, which the star claims “was over a million dollars” due to the lavish fireworks that were set off. That marriage lasted just over a year.

In other RHOD news, after the episode aired, D’Andra and Kameron had a mild social media battle regarding money. D’Andra started the back and forth by tweeting as the episode was still airing.

“You have a lot of comments about where I get my money…Yet your husband pays for everything you own? Hmm…” D’Andra wrote and tagged Kameron.

Kameron responded on Twitter with, “I will own it any day that I get my money from my husband… I have no embarrassment for that? But I do have a business as well and make a lot on my own… so this statement isn’t 100% true,” adding “no shame” and “love you girl” hashtags.

“All I have to say is people who live in glass houses shouldn’t throw stones…My businesses bring in a great income to my household as well,” D’Andra responded.

Real Housewives of Dallas Live Viewing – Things are just heating up. This is also the live viewing thread for tonight’s new season five episode, which airs on Bravo at 9/8c. As the episode airs, please share your comments in our chat below.