Home Featured Posts PHOTOS: Check Out the Top 10 Hottest Husbands of the Real Housewives Franchise Ranking and See Who Was Named as the #1 Guy! Plus Vote in Our Poll

PHOTOS: Check Out the Top 10 Hottest Husbands of the Real Housewives Franchise Ranking and See Who Was Named as the #1 Guy! Plus Vote in Our Poll 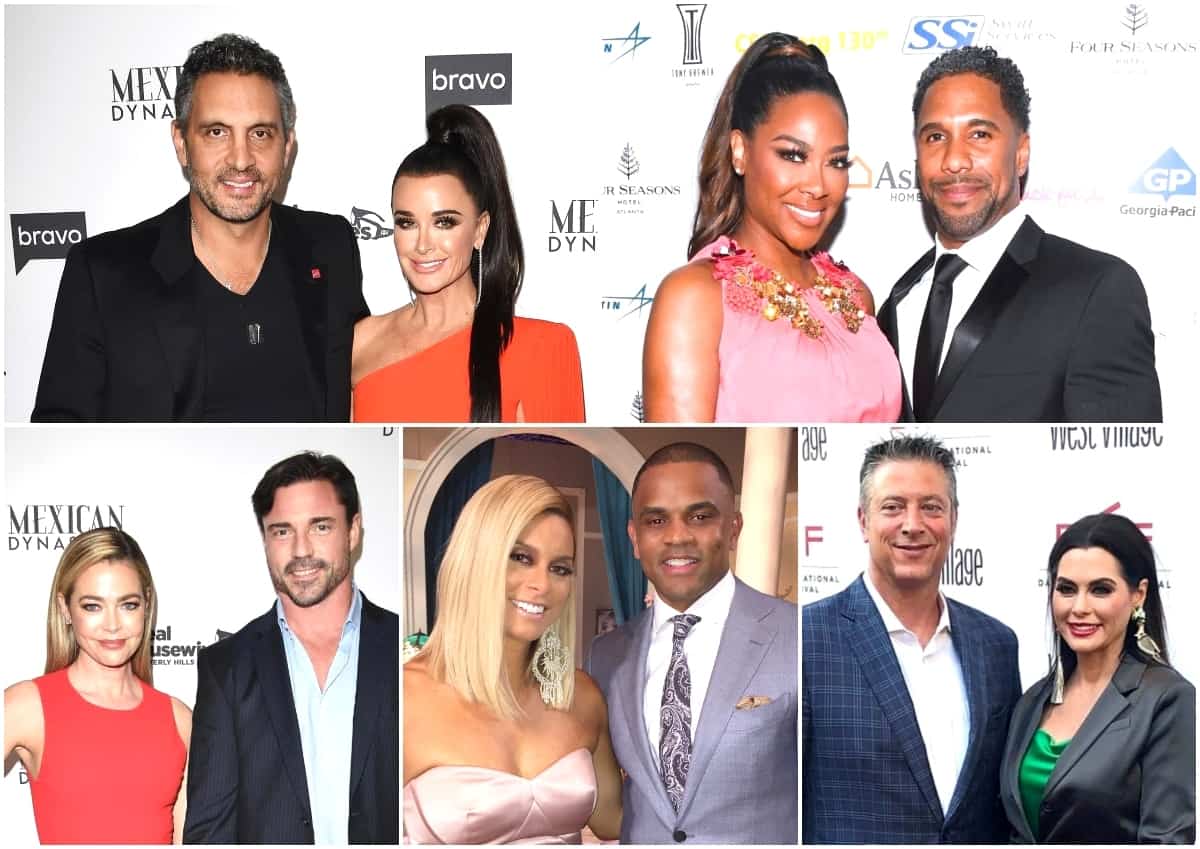 Followers of the Real Housewives franchise have met tons of attractive men in recent years but who is the hottest of them all?

As fans await the debut of the next batch of Bravo husbands on the first season of The Real Housewives of Salt Lake City, which premieres in November, we’re counting down to the Top 10 Hottest Husbands and revealing that one of the men of RHOSLC made it into the lineup. 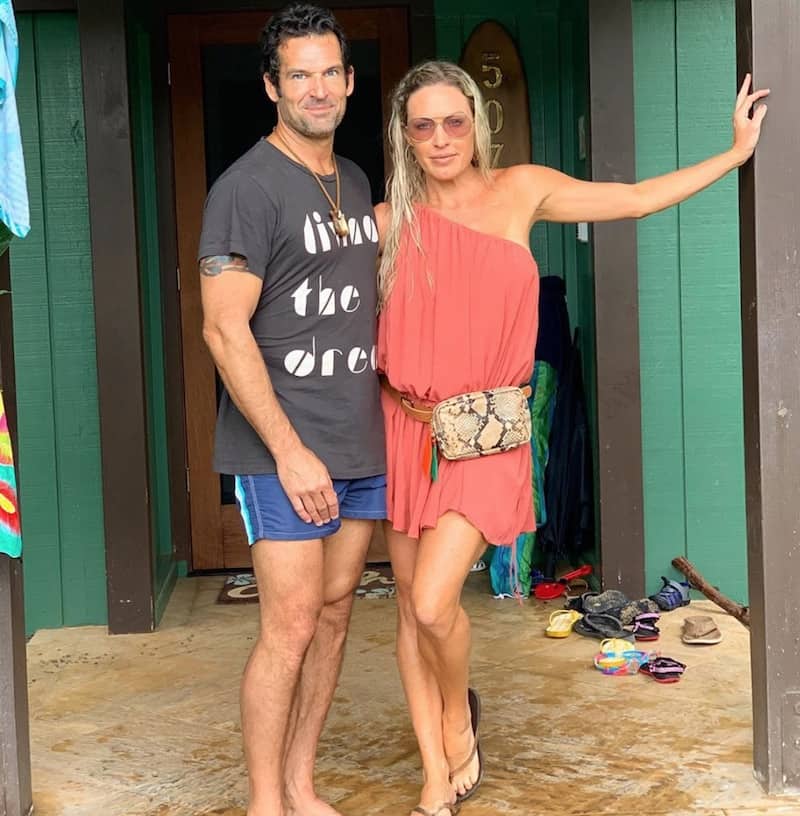 It’s no secret that Braunwyn can’t keep her hands off this stud. They have seven kids, after all!

In addition to being a loving husband and a doting father, Sean is the president and founder of ChannelStars, which describes itself as a group of “entrepreneurs, creatives, marketers, writers, videographers, investors, innovators, technologists, designers and more.”

During the upcoming 15th season of RHOC, which begins airing in October, Braunwyn and Sean will be seen renewing their vows in honor of their 20-year wedding anniversary. 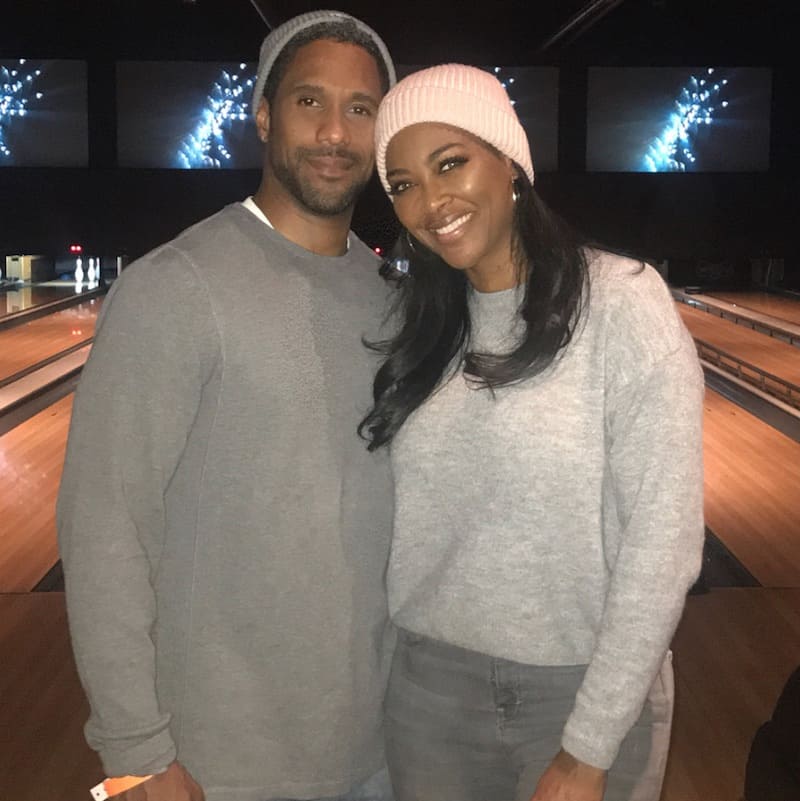 Kenya married Marc, a businessman and restauranteur, in June 2017 and announced the two of them were expecting their first child together the following year. Then, in September 2019, after welcoming daughter Brooklyn, they announced they were getting divorced.

In the year since their breakup, Kenya and Marc have hinted at a potential reconciliation on a number of occasions but have not yet officially confirmed they are back together.

In April, Kenya gushed over her relationship with Marc on Watch What Happens Live, telling host Andy Cohen that she and Marc were “better” than ever.

“He’s been really sweet and caring and thoughtful. It’s like ‘Wow, you know, this is the man I married,’” she said at the time. 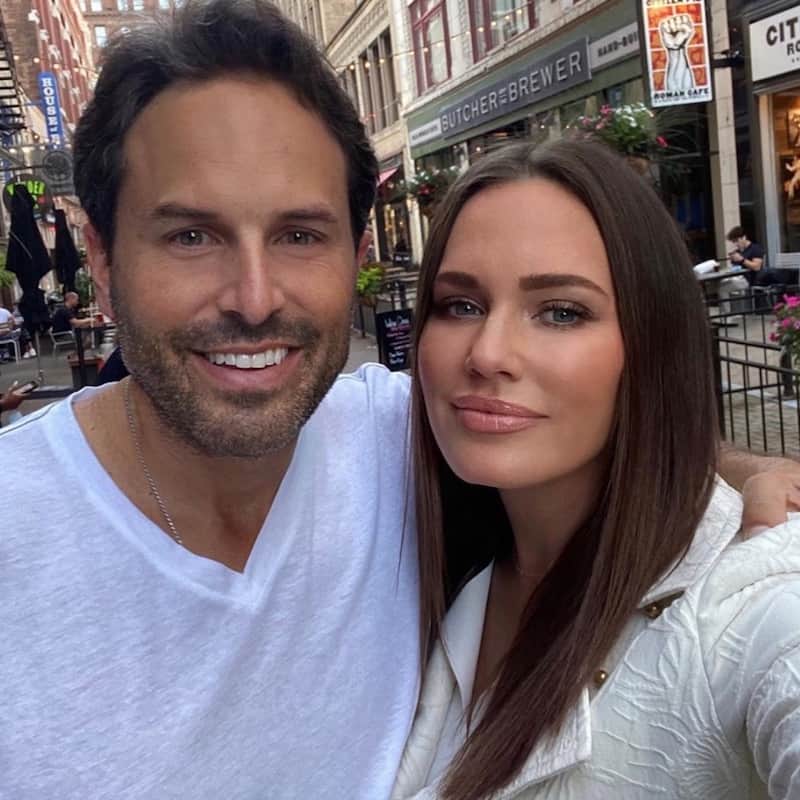 Meredith and husband Seth have been married for 25 years and share three college-aged children.

During the first season of RHOSLC, the couple will be seen going through a rough patch after the process of becoming empty nesters begins to cause problems for their marriage.

According to a report from YourTango, Meredith and Seth currently have a home base of Chicago but used to reside in Utah due to Seth’s former job as the Executive Vice President of Merchandising and Strategic Sourcing of Overstock.com.

While Seth hasn’t worked for the company since 2015, he and Meredith, who has a jewelry store in nearby Park City, have maintained their connections to the area. 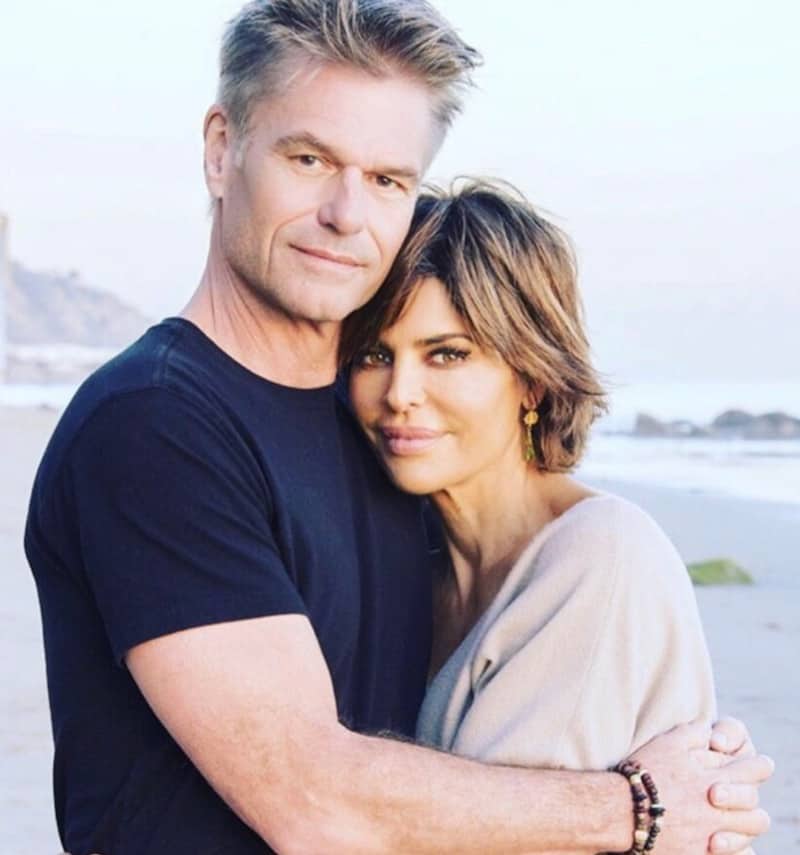 After over 20 years of marriage, which is quite the accomplishment in Hollywood, Lisa knows she’s lucky to be married to PEOPLE’s “Sexiest Man Alive” of 1987.

“We got lucky. And it has a lot to do with respect,” she told Bravo’s Insider of the success of her marriage to Harry, whose starred in a ton of popular series, including L.A. Law and Mad Men.

In April of last year, Harry told Us Weekly that he and Lisa have a “very functional relationship.” 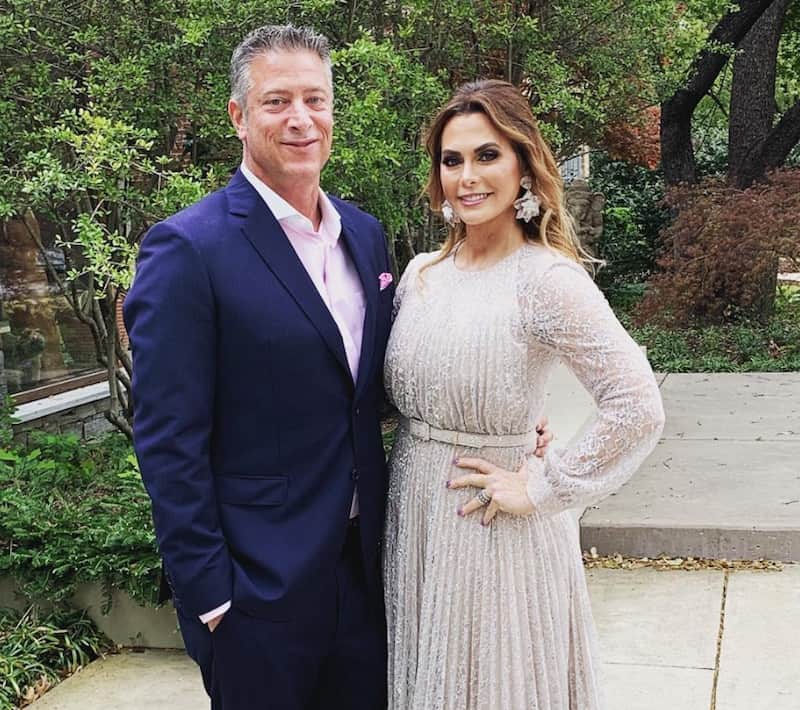 “My husband is the most amazing person. He’s a much better person than I am, I always say that. He’s grounded, he’s one of the good guys. I got so lucky marrying him,” the RHOD cast member gushed to In Touch Weekly in 2017. “He’s just wonderful. He has such a good heart and he’s one of the best people. Every day I think, ‘God, I’m so lucky to have this man in my life.’”

According to D’Andra, she’s well-aware of her husband’s good looks and frequently gets reminded about how sexy he is by fans.

“And I don’t mind at all — because it’s the truth! Just look at him. He’s gorgeous!” She raved. 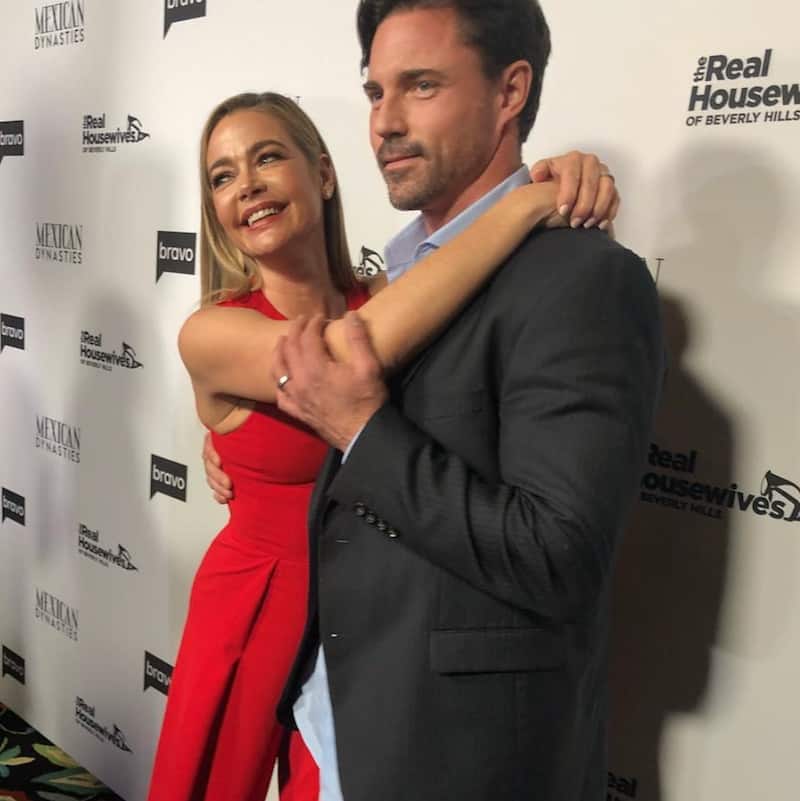 While Aaron hasn’t always had the best reputation on RHOBH, Denise always speaks highly of both her husband’s good looks and his smarts.

“I’m always in awe of my husband [and] never get tired of hearing him talk about the incredible things he does,” she wrote in the caption of a recent Instagram post. “He is the most compassionate [and] hardest working man I know. Even on his days off, he’s anyways helping people selflessly.” 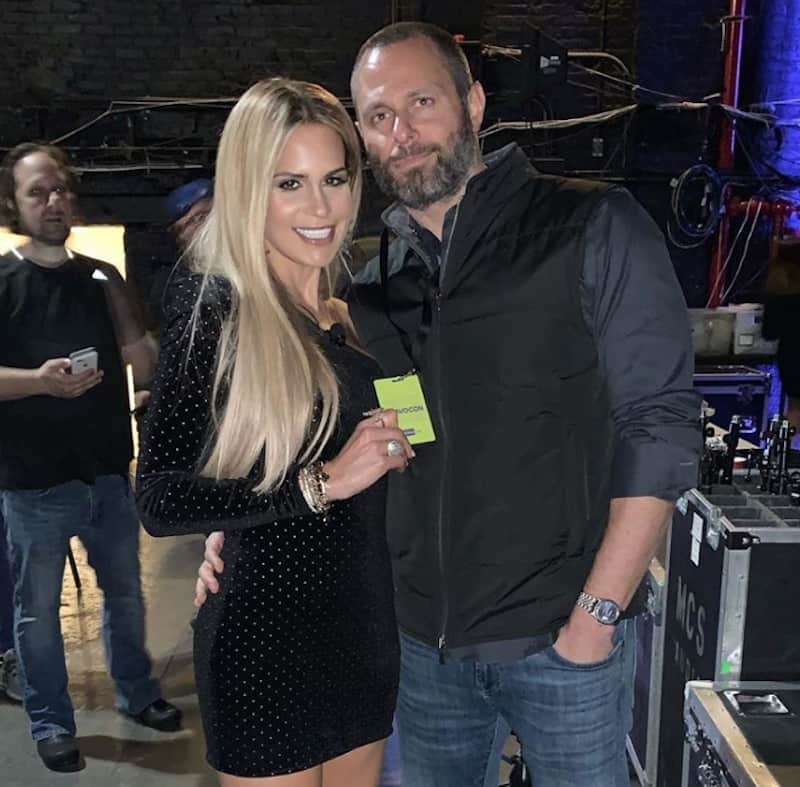 Earlier this year, on an episode of the RHONJ: After Show, Jackie addressed a comment she made on the 10th season of the show about not offering or*l sex to her husband because she’s Jewish.

She then noted that she and Evan, a partner of an investment firm, have “plenty of sex.” 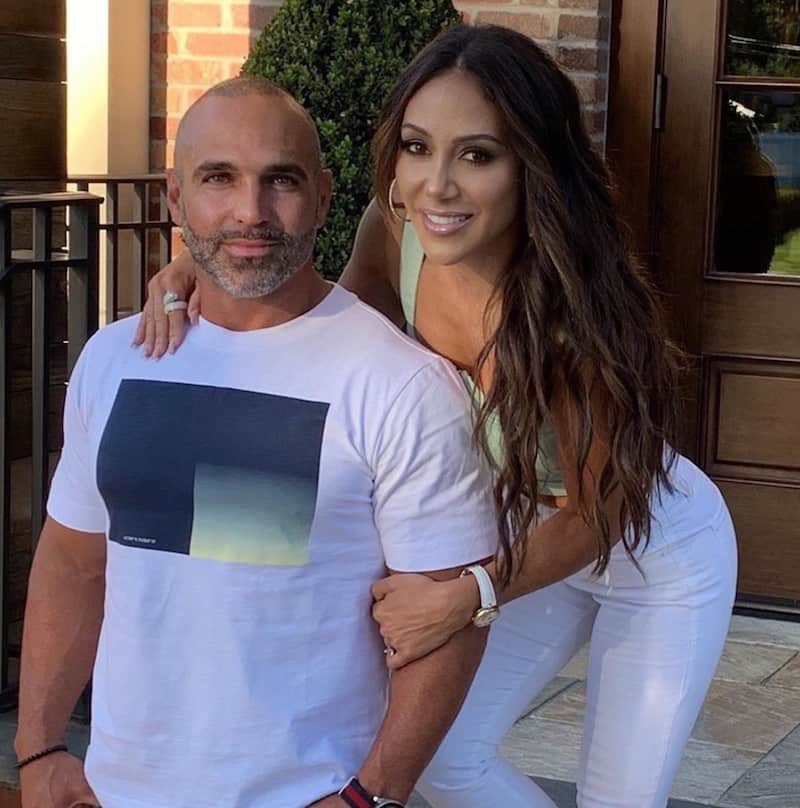 According to Melissa, sex has a lot to do with the success of her marriage to #3 on our list.

“It’s a true fact. We’re very connected and we’re very happy,” she said during an interview with the Huffington Post.

While Joe has been accused of being a misogynist in the past, due to his clear sex drive for his wife, Melissa insisted that he is always “very respectful” of her.

“It could be a lot worse,” she added. “I could have a husband who doesn’t look to me or rolls over every night. Thank God my husband comes home every night and he’s into me. I believe in treating your husband like a king and in turn, you’re the queen of the house.” 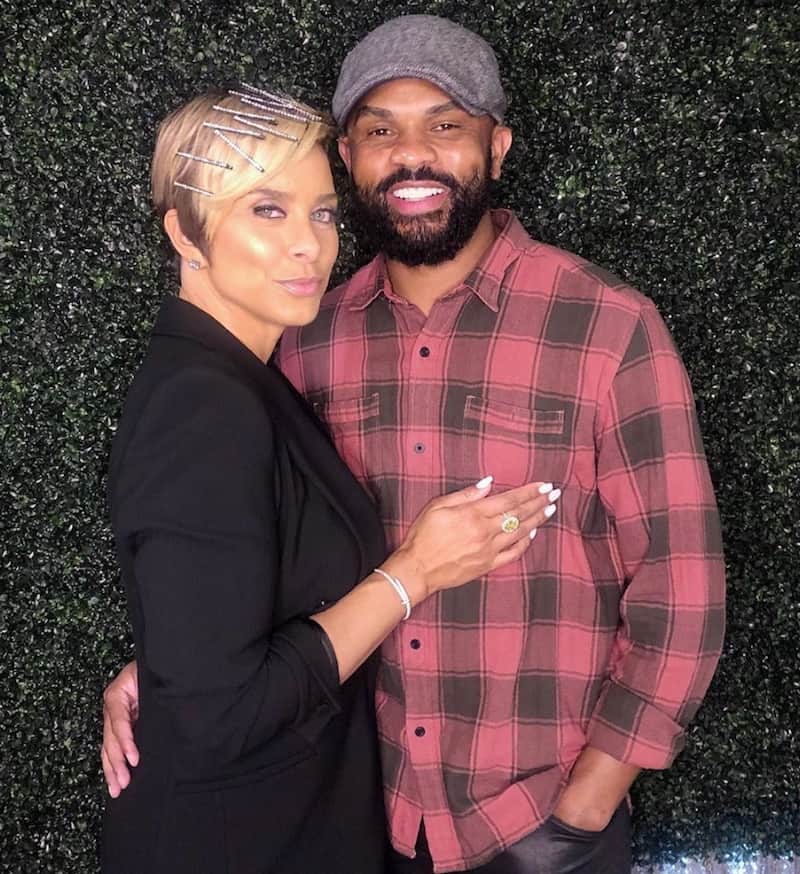 As RHOP fans well know, Robyn and Juan, a former professional basketball player and current head coach at Coppin State, became engaged for a second time in December 2019 and are currently looking forward to their second wedding.

“Juan gave the sweetest speech and set the whole room into an uproar when he got down on one knee!” Robyn told The Daily Dish of Juan’s second proposal. “It was truly a special night and is definitely much sweeter the second time around.” 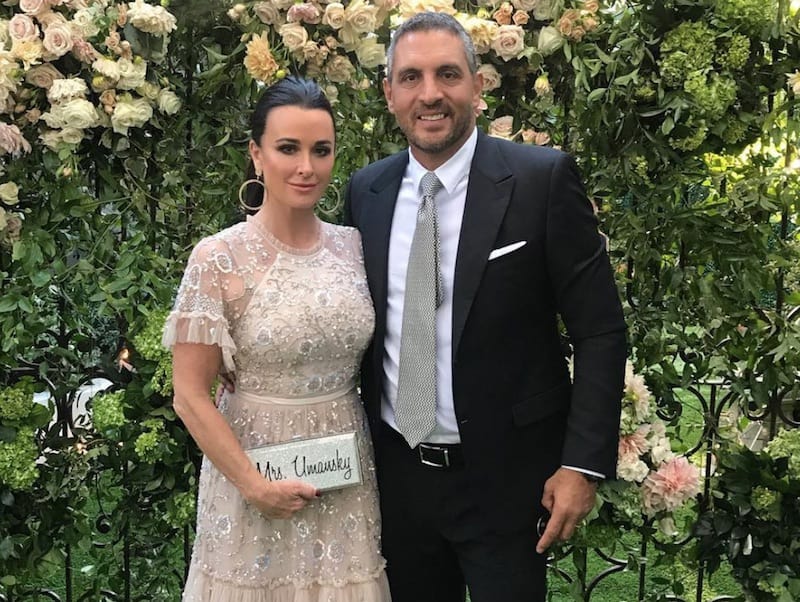 The #1 guy likely won’t come as much of a surprise.

As one of the longest-standing Real Housewives husbands, Mauricio has long been thought of as the Hottest Husband of the franchise and we have to agree. Not only is Mauricio tall, dark, and handsome, he’s also a successful businessman who owns and operates one of the top real estate firms in Los Angeles, The Agency.

While some marriages have been tested by reality television, Kyle’s oldest daughter, Farrah Aldjufrie, told Us Weekly earlier this year that RHOBH has actually improved their marriage.

“[The show] has definitely has made them stronger 100 percent and they are just the cutest honestly,” Farrah said. “They have set such a great example for couples, married couples, people in relationships because they truly are a team.”

Do you agree with our #1 pick? Feel free to vote for your choice below!