Home Real Housewives of New Jersey News RHONJ’s Danielle Staub Reveals Exactly How She Got 19 Men to Propose to Her, Says Joe Giudice Broke the Law to Make Teresa Happy

RHONJ’s Danielle Staub Reveals Exactly How She Got 19 Men to Propose to Her, Says Joe Giudice Broke the Law to Make Teresa Happy 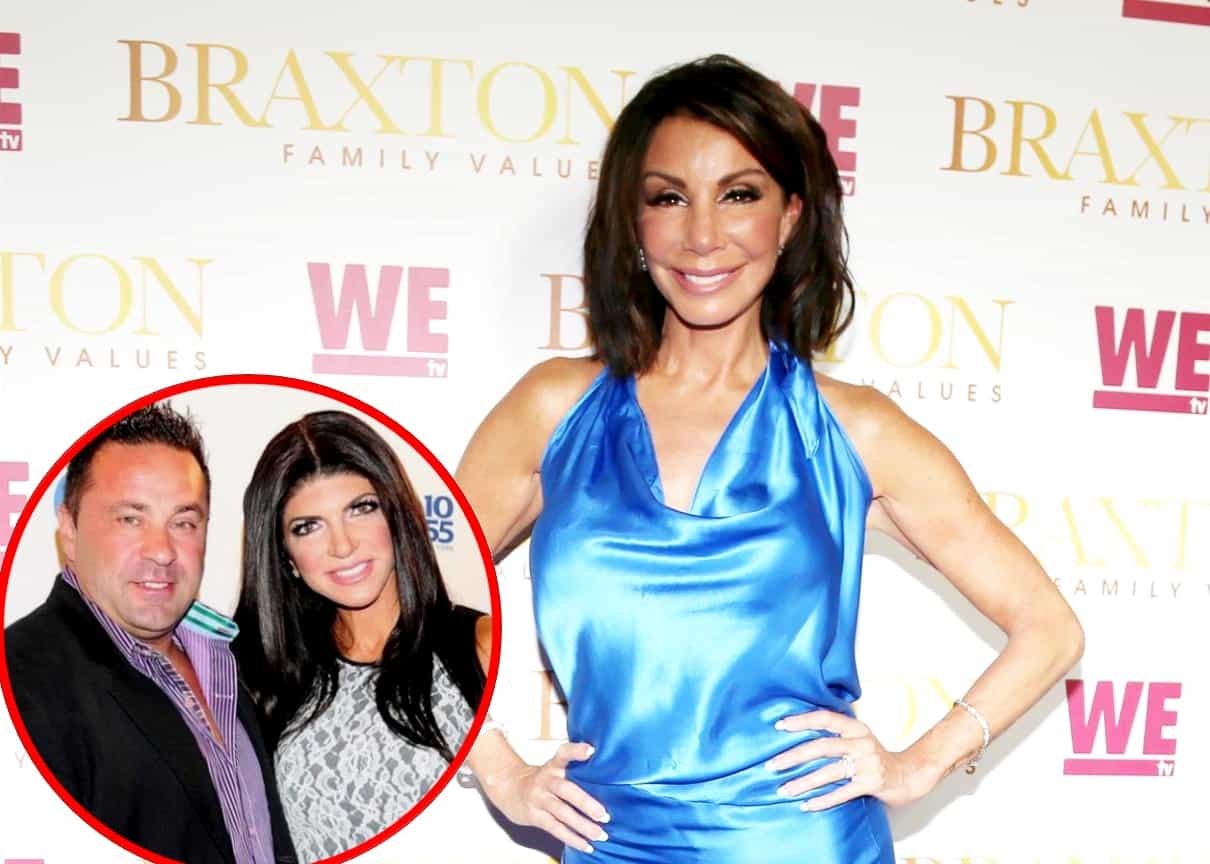 Danielle Staub is opening up about her engagements and the end of her Real Housewives of New Jersey co-star Teresa Giudice‘s marriage to estranged husband Joe Giudice.

During the RHONJ: After Show, Danielle explained how she got 19 of her former 21 fiances to drop down on one knee.

“I was engaged 21 times. It’s no accident,” Danielle confirmed. “It came from me wanting to punish people that were abusing me.”

According to Danielle, she got 19 of those men to propose to her by telling them she was a virgin.

“The way I got them to ask me to marry them quickly… I said I was a virgin and I would not have sex until I was married. That will put a ring on your finger real quick,” she explained.

Danielle then revealed that her second husband, Thomas Staub, the father of her two daughters, was the 19th man to propose. As for the 20th and 21st, those honors go to Marty Caffrey, who Danielle married and split from in 2018, and Oliver Maier, who Danielle got engaged to in early 2019 before splitting months later.

During another moment of the RHONJ: After Show, Danielle revealed her thoughts on Teresa and Joe’s separation.

“I believed all along that they weren’t going to get back together,” Danielle admitted. “I don’t believe they will be together again and I think he’s being a man about it and I think she’s handling it as best she can.”

Looking back on Teresa and Joe’s legal troubles, Danielle said she believes it was Joe’s desire to make Teresa happy that ultimately led to their hardships which included prison sentences for financial fraud.

“He would have done anything to make sure that she had everything she wanted and I think that’s what led to the problems in the end,” she said.

The Real Housewives of New Jersey‘s three-part reunion begins airing next Wednesday at 8 p.m. on Bravo.