Home Real Housewives of Dallas News Dr. Tiffany Moon Says She May Quit RHOD After One Season and Explains Why, Plus She Talks “Feet-Gate” Drama With Kameron and Shades Kary’s Jewelry

Dr. Tiffany Moon Says She May Quit RHOD After One Season and Explains Why, Plus She Talks “Feet-Gate” Drama With Kameron and Shades Kary’s Jewelry 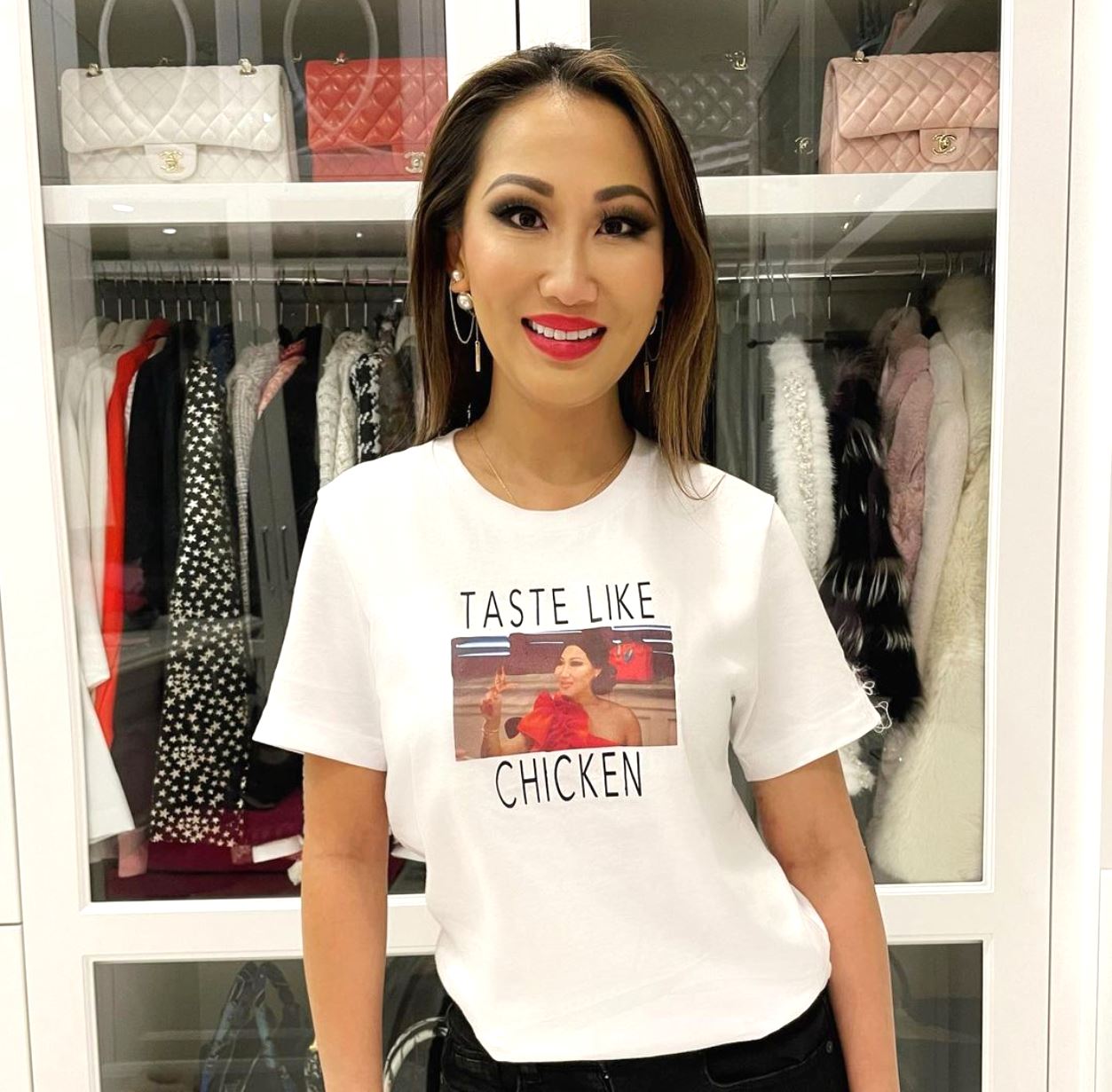 Dr. Tiffany Moon isn’t sure she’ll return for season six of The Real Housewives of Dallas as she offers her side of the chicken foot drama with Kameron Westcott and shades Kary Brittingham.

Tiffany might be new, but fans seem to be warming up to the anesthesiologist and she’s emerging as a new fan favorite. However, due to her crazy work schedule outside of the show, she’s not sure if she’ll do the show again and says she might be a “one-hit wonder.”

“I don’t know. I might be a little bit of a one-hit wonder,” she told StyleCaster. “It was a lot in terms of the time away from my family because normally I work and when I’m not working, I’m with my family. But this time, I was at work, and when I wasn’t working, I was working, so I didn’t see my family for much over the summer. Ask me again in 12 or 13 weeks when it all finishes. I’m not sure I’m the sort of Housewife that people want to continue seeing. I have no idea.”

Tiffany’s co-star, Kameron, recently claimed that Tiffany was a fan of hers before joining the show and the mother-of-two doesn’t deny this. In fact, that’s one reason she was pushing Kameron to try the chicken foot.

“I was excited because she is Kameron Westcott,” she revealed. “She is the queen of pink and a Dallas socialite and how funny would it be if she just put a little phalange in her mouth? Certainly she’s had worse things in her mouth.”

As fans know, the chicken foot didn’t go over well with Kameron, and Tiffany shares that she was disappointed once she watched the show and saw that her castmate placed the Chinese favorite in a bowl on the floor.

“Sometimes my kids feed food they don’t like from the table to the dogs, so she’s basically acting like my 6-year-old,” Tiffany quipped. “She could’ve just set it aside, she didn’t have to set it on the floor. But if she’s going to be the queen of etiquette at restaurants, is that part of the etiquette book that she read?”

Tiffany explains that she wasn’t upset that Kameron didn’t eat the food, but she was genuinely offended by Kameron’s behavior and the way she handled the situation.

“When she was like, ‘You’re stereotyping your country,’ I was like, ‘I’m not stereotyping anything,’” the reality star explained. “We across China eat all sorts of food, including chicken feet. It’s not that she wouldn’t eat the foot really. The part that upset me was she was like, ‘Oh. Um. Does anyone have a barf bag?’ It’s insulting when you try to share your culture with someone and they have such a strong negative reaction to something that is commonplace for your culture. It’s on my kitchen table on any given weekend when we have dim sum. That was the part that I felt offended by. Not that she wouldn’t eat the foot necessarily, but that she would have such a strong reaction to it, that she was disgusted by it.”

Tiffany then turns her attention to Kary, who recently came after the newcomer on Twitter. Kary tweeted a picture of a $1,400 snake necklace from her Kamo by Kary collection and suggested that Tiffany wear the necklace because it “would look great on [her].” Nevertheless, Tiffany had an epic response by telling her the design was ugly, donating the $1,400 price to an animal charity, and posting receipts.

“I thought we were done after Tuesday night. I was like, ‘Signing off. Thanks everyone for live tweeting with me,’” she revealed. “Then Wednesday morning, I finished my first surgery and went to go sit down and have a cup of coffee and this alert came up. I was like, ‘Oh, I guess we’re not done.’ She’s pushed me in a pool, she’s called me a hypocrite, she’s called me COVID girl. There’s some level of jokingness among the group that’s fine. Calling me a snake is not fine. I was viscerally upset at that comment. Also, this is my honest opinion. That necklace is hideous. I can’t believe you’re selling it for $1,400. My children have made better things and brought them home to me. So I was like, ‘Well, how do I turn this negative into a positive?’”