Home Real Housewives of Dallas News Kameron Westcott Offers Update On Friendship With LeeAnne Locken, Claims Tiffany Moon Was a Fan Of Hers Prior to Joining RHOD and Talks “Feet-Gate” Drama

Kameron Westcott Offers Update On Friendship With LeeAnne Locken, Claims Tiffany Moon Was a Fan Of Hers Prior to Joining RHOD and Talks “Feet-Gate” Drama 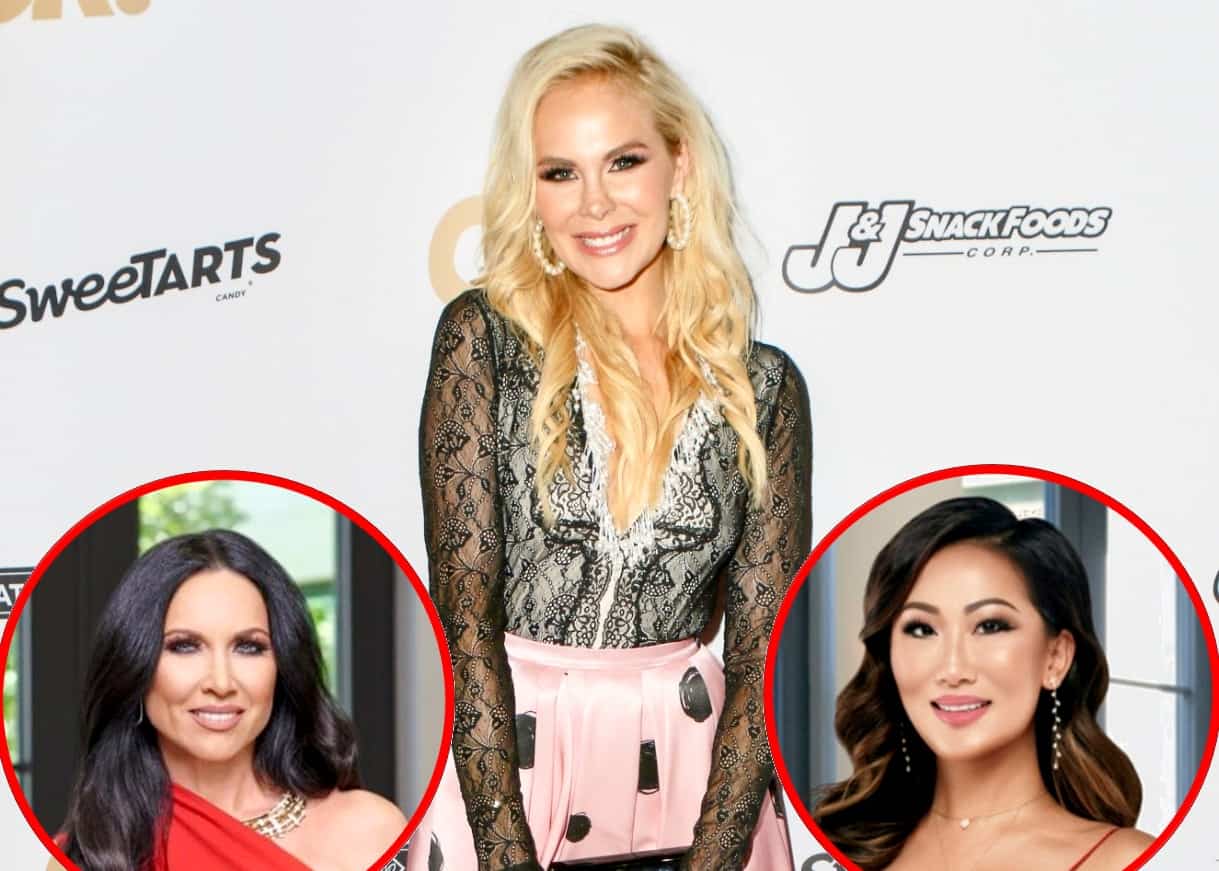 Kameron Westcott dishes on her relationship with newcomer Dr. Tiffany Moon and reveals the status of her friendship with former co-star LeeAnne Locken.

Kameron seems to be a fan favorite on The Real Housewives of Dallas, but only three episodes in to season five, she’s already involved in some drama with Tiffany after she felt the newbie tried to force her to eat a chicken foot, which is a very popular food item in China.

The SparkleDog CEO recently joined the #NoFilter with Zack Peter podcast and spoke about what Tiffany has referred to as “Feet-Gate.”

“Yeah, I was actually taken back by it because she knew that I had always had her back and knew that I took her under my wing and really wanted to guide her to be a housewife,” Kameron revealed. “You know, our husbands went out to dinner together and I thought, you know, she asked if we could be the pink posse. I mean, I was like, ‘this girl — we’re gonna be like this'[fingers crossed]. And then, I was just like, wait a minute, if we’re gonna be the pink posse, the pink posse doesn’t go after other people like that. And so I was kind of like, this is not the pink posse. I was taken back. And then I started stepping back a little. Because I was like, ooh, she’s being a little much over chicken feet. It’s a little much. So I was kind of taken back — I was stepping back at that point.  I was like there’s something going on here.”
Although they initially had plans for a “pink posse,” the two ladies did not know each other prior to Tiffany joining the show. Kameron says they had only met once in a Starbucks where Tiffany actually fangirled overseeing the reality star and initially left a great impression on Kameron.

“I actually didn’t know her.  The only time I actually had met her, actually she ran up to me at Starbucks one time and asked for a selfie,” she explained. “And I didn’t know who she was. And I was like, ‘Oh my, God, she’s so sweet! I love her!” Like, she was just really energetic and excited and so I was like, ‘Oh, this girl’s so cute!’ And I loved her. And then I later heard that she was trying out for the show. I actually, I do know some people that know like other, you know, people in her family through the grapevine, but other than that, no.”

Kameron has recently referred to Tiffany as “bossy,” but when asked what’s to come for her relationship with the anesthesiologist, she explains that it’s more about the way she feels Tiffany speaks to her.

“She does, uhm, like to talk down to me,” she disclosed. “You know, she is a know it all sometimes, so she does talk down to me. But, you know, she wasn’t very — it’s funny — she really wasn’t very vocal a lot when we all were hanging out. She was actually really quiet. So it’s funny when I’m seeing everything because I’m like, ‘I didn’t know you had that much to say!’”

Kameron reveals that two weeks after filming the season four reunion, she actually considered quitting the show because she “couldn’t stand the women,” at that point. If fans recall, it was a rather emotional reunion as the women really took former star LeeAnne to task for racially charged comments toward Kary Brittingham. However, Kameron’s friendship with the Dallas socialite has survived and she says they’re “true girlfriends.”

“Yeah, we’re in a great place — really, really great place,” she shared. “And, you know, after the reunion, she was upset with me. At the same time though, like, I’m always going to be honest and open to her about my opinion. And I didn’t agree with what happened last year with her. Absolutely not. And she knows that. And she fully accepted that and learned from it and we’re in an amazing place because we’re true girlfriends. And I will share those memories with her, so it’s exciting that we’re still friends,” Kameron expressed.
The Real Housewives of Dallas airs Tuesday nights on Bravo at 9/8c.
Photos Credit: MEGA, Bravo