Home Real Housewives of Dallas News EXCLUSIVE: RHOD’s D’Andra Simmons Talks LeeAnne Locken’s ‘Firing’ and if She’s Spoken to Her, Plus She Dishes on Her New Film, Cooking Show, and New Season of Show!

EXCLUSIVE: RHOD’s D’Andra Simmons Talks LeeAnne Locken’s ‘Firing’ and if She’s Spoken to Her, Plus She Dishes on Her New Film, Cooking Show, and New Season of Show! 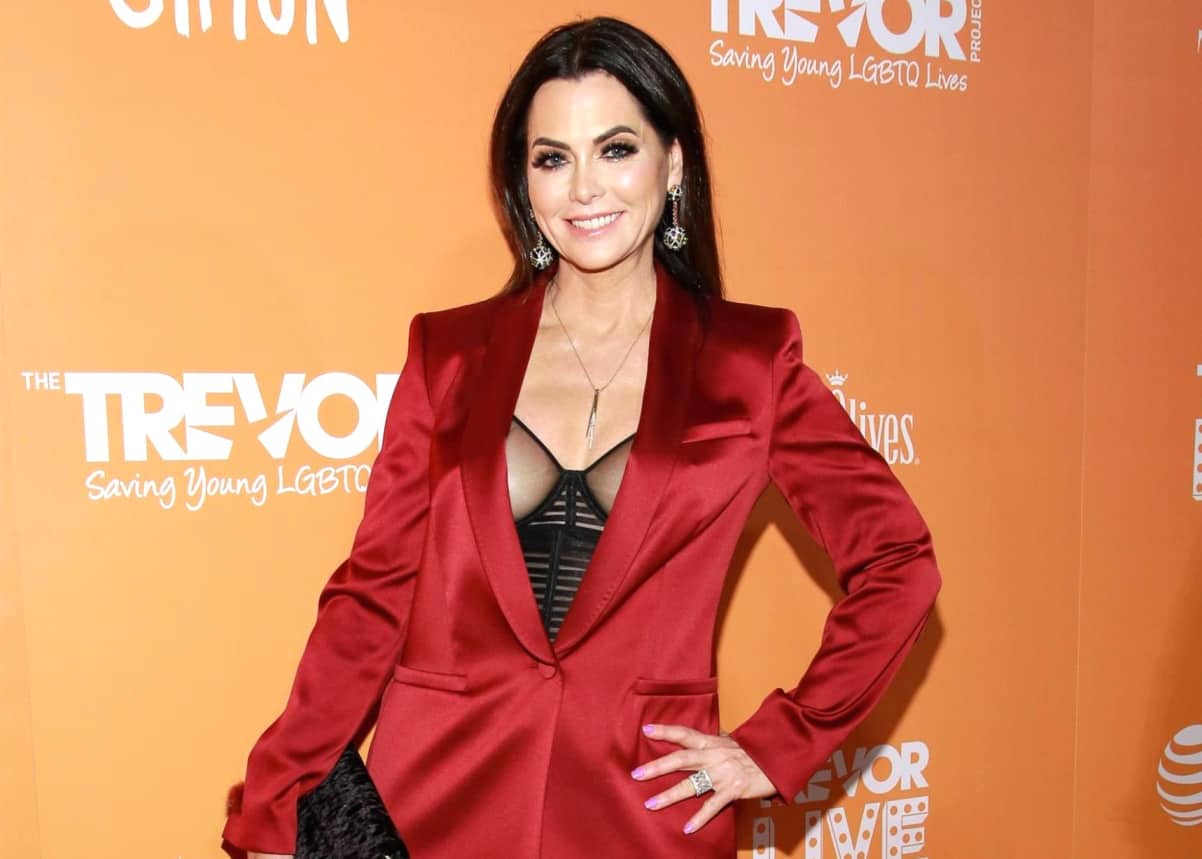 D’Andra Simmons is one busy lady. Not only is she currently filming the upcoming fifth season of The Real Housewives of Dallas, she’s also got a number of other things coming soon, including a cooking show, a cookbook, and a new movie.

During an interview with Reality Blurb, D’Andra opened up about her projects before explaining how she and her castmates have been staying safe as they film amid the coronavirus pandemic and sharing her thoughts on the February exit of LeeAnne Locken.

“It’s based on my Sundays at home,” D’Andra teased of her cooking series on August 20. “It’s a show where we laugh and make fun. It’s very irreverent [and] kind of raunchy.”

“Sundays are Sunday Supper-Days because my two best friends come over. We have girl time. We drink our wine and then we go into the kitchen and the kitchen is where it all happens, the funny stuff with my husband, silly little jokes, [and] food is a great big part of it,” she continued. “I love to cook and I’m passionate about it. But the conversation around that is what’s probably more entertaining.”

While the show does not yet have a name or a premiere date, D’Andra did confirm that co-star Stephanie Hollman would be showcasing her mother’s donut recipe on one of the upcoming episodes.

Following filming on the fourth season of RHOD last year, D’Andra took a break from her on-camera work and got behind the camera on the upcoming film, My Brother’s Crossing, with her husband, Jeremy Lock, at her side.

“Tony White, the executive producer, came to us and said, ‘Would you be interested in being producers on this movie.’ And we saw the movie… and it was really interesting,” she recalled.

Although D’Andra certainly had plenty on her plate, she was inspired to join the team after her husband worked as a photojournalist on the Amber Guyger trial in Dallas. As some may recall, Amber is a Caucasian police officer who shot and killed an African American man in his home after mistaking his apartment for hers and believing he was an intruder.

”It was the beginning of this struggle that we are having in our country with the racial injustice and everything that’s out there right now. It kind of woke us up [in Dallas]. So we wanted to be a part of the film,” D’Andra explained.

D’Andra’s movie is based on a true story of an African American pastor who hit and killed a Caucasian pastor on a motorcycle. As she explained, the pastor goes through persecution after the man’s death and feels unworthy as his victim’s family struggles with their faith and attempts to forgive him.

“At the end of the story, you’ll see the story of forgiveness and hope and love and what people can do when they come together and understand each other. It’s so current for the time we are in. People need the story of love, forgiveness, peace, and acceptance. I hope this will open the doors for compassion and listening and understanding and a brighter future for those who watch the movie,” she shared.

“It’s a story of salvation too because it’s a Christian movie, which is also something that spoke to us,” D’Andra added.

Moving on to the new season of RHOD, D’Andra teased what fans can expect.

“It’ll be different than what you’ve seen before,” she said of season five. “It’s really forced everyone to come to the table with a very rich personal story. I have a very heart-wrenching story this year and I know some of the other girls do too. People dig deep. They go there. There’s a lot of interesting twists and turns. I’m very proud of our show this year.”

While D’Andra is excited for fans to see the new episodes, she admitted to having a “hard season.”

“Some of the things I’ve done I’m not proud of but we all make mistakes and this is reality TV,” she shared.

As for LeeAnne’s exit from RHOD, which she claimed was voluntary, D’Andra told us that her ex-friend was fired from the series and added that she “wasn’t shocked at all” by Bravo’s decision to get rid of LeeAnne after she made a number of racially charged statements to Mexican cast member Kary Brittingham.

According to D’Andra, she doesn’t understand why certain Real Houswives lie about their departures from the franchise.

“Every Housewife has an expiration date, I’m well-aware it may be next year for me. It may be two years. But when it’s time for me to go, I’m not going to go out there and say, ‘I decided to leave.’ I’m just going to say, ‘Bravo decided I wasn’t good for the cast anymore.’ It’s not a forever deal. There’s no point in hiding it,” she claimed.

Since filming the RHOD reunion for season four, D’Andra has been completely estranged from LeeAnne with no plans for a reconciliation.

“I’ve not communicated with her since the reunion and there’ll be no communication as far as I’m concerned. Who she was when I met her years and years ago was not who she was on that show. She portrayed herself in a much different way than who she really was. And then I found out who she was and I was really disappointed,” D’Andra admitted.

D’Andra then said that while she and LeeAnne may have been able to make amends at some point, she decided to cut ties permanently after LeeAnne spread “complete lies” about her husband and a woman named Jessica, who he supposedly met at the gym.

“We may have had some come-together point but when that happened, and it went against my husband who never did anything to anybody, it’s over,” she explained.

D’Andra also noted that her husband, who is one of the 10 Hottest Husbands of the Real Housewives, doesn’t even go to the gym.

My Brother’s Crossing is set to be released on September 3, if the theaters open.