Andy Cohen Addresses Denise Richards’ Future on RHOBH, Discusses RHONY Cast’s Excessive Drinking, Plus He Confirms RHOA and RHOD Are in Production as RHOC Cast is Rocked by COVID-19 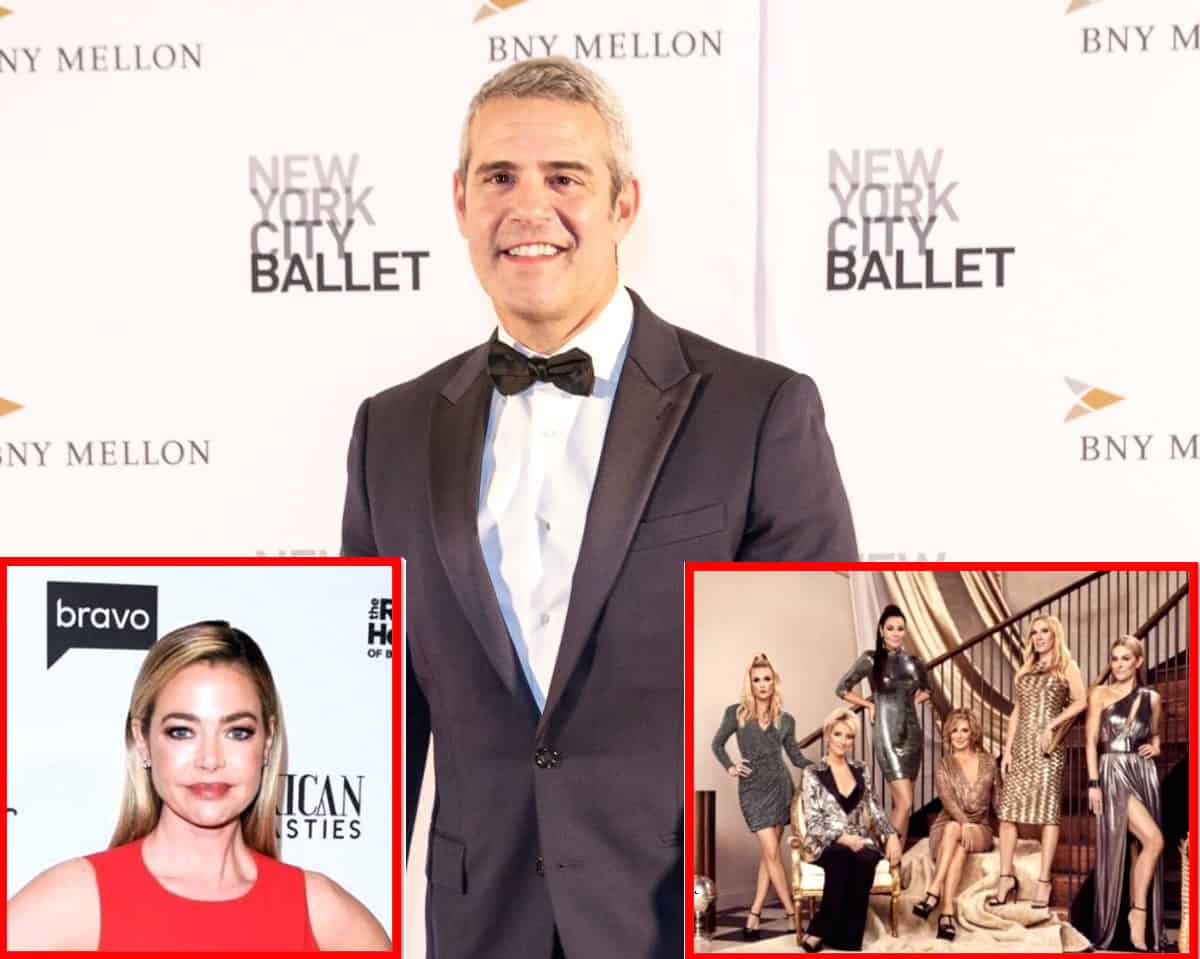 Andy Cohen appeared on Wednesday’s episode of The View, where he addressed a number of hot topics pertaining to the Real Housewives franchise.

After first discussing the upcoming 11th season of The Real Housewives of Beverly Hills and the recently taped reunion special for season 10, which undoubtedly addressed the rumors of an affair between Denise Richards and Brandi Glanville, the Watch What Happens Live host addressed the excessive drinking of the Real Housewives of New York City cast and other hot topics.

“[I] haven’t made any decisions about next season of [RHOBH] but I hope Denise will be back,” Andy told the hosts on July 28.

Although Brandi’s claims of having hooked up with Denise came as a bombshell to their castmates during last week’s episode of the show, Brandi was actually absent when the ladies filmed the reunion special.

“Brandi was not [at the reunion] and I think that was part of the reason that Rinna was unhappy,” Andy explained, giving a nod to Lisa Rinna‘s comment about the taping being “bulls**t.”

“You will be hearing more from Brandi. There are two sides to this story, maybe three, and it’s one of those kind of mysteries that will continue to play out as the season goes on,” Andy continued.

As for as the wild, and sometimes concerning, behavior of the RHONY cast, Andy said the ladies’ drinking will be addressed both during the upcoming reunion taping for season 12 and throughout the upcoming episodes of the regular season.

“They do talk about it a lot and they each have a complicated relationship with alcohol and it will definitely be discussed. There’s no way we couldn’t talk about it,” Andy explained.

When host Meghan McCain then noted that someone was “really worried” about the success of the series “when [Bethenny Frankel] left” the cast, Andy admitted that he was also concerned about the show.

“We’re in production in Dallas and Atlanta right now and that’s, as you can imagine, incredibly challenging. But I think specifically what people are going to be interested in is seeing how this plays out in Orange County,” Andy teased.

According to Andy, the deadly virus touches a few cast members of the show.

“It touches the women very, ugh… I don’t want to give anything away but a few… It touches some of the women personally and there’s a lot of conversation about it. It is very much a part of it and it mirrors what’s happening in the country,” he explained.

As RHOC fans may have heard, Shannon Beador confirmed on Friday that she and all three of her children are suffering from the coronavirus.