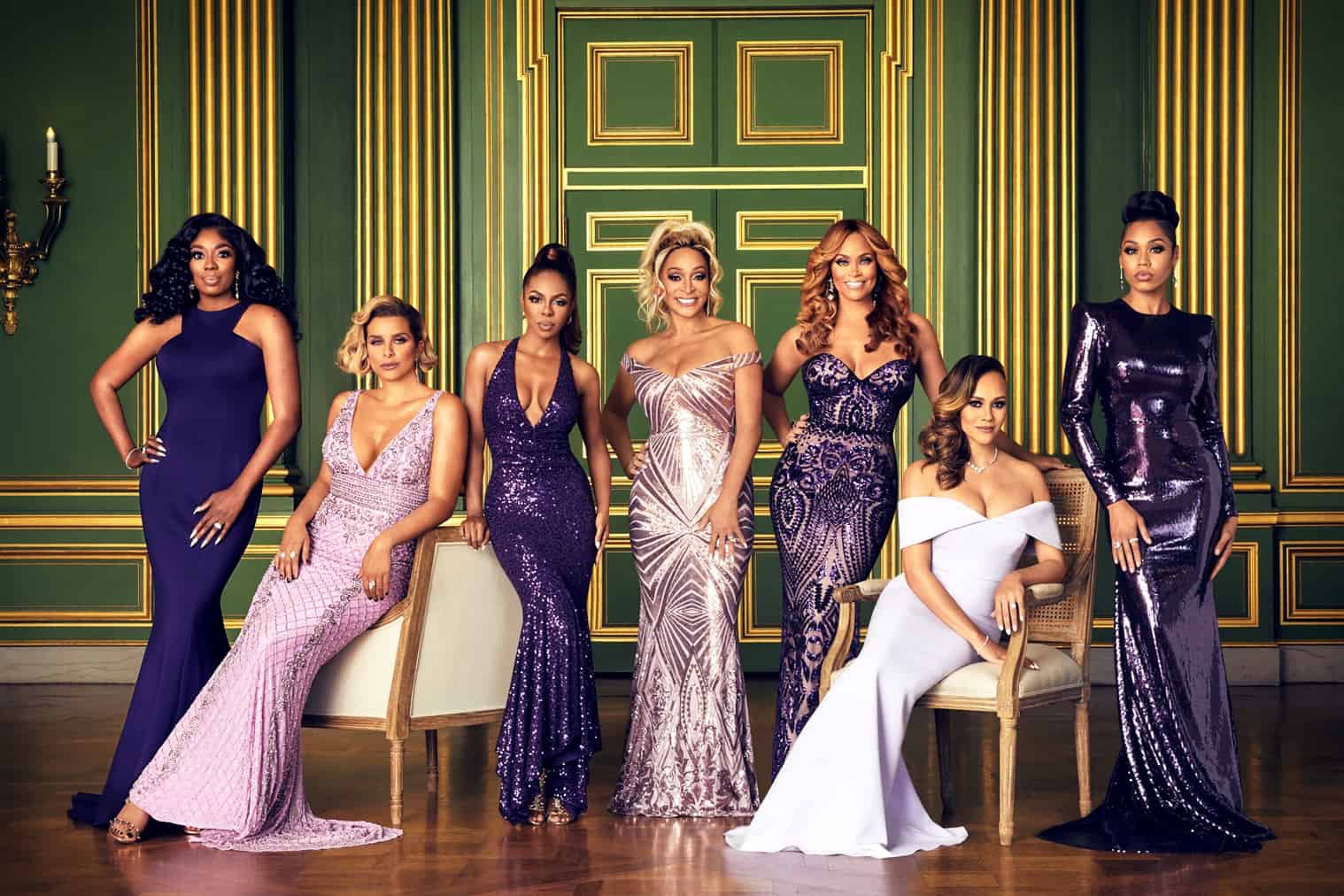 Monique Samuels took to her Twitter page on Thursday with a shady announcement regarding The Real Housewives of Potomac‘s season five premiere being delayed as a new report explains why Bravo is postponing the RHOP while other shows still get to premiere in the coming weeks without delays.

After Bravo announced that the new episodes, which were set to premiere on Sunday, May 3, would be pushed back to a premiere date set for this summer due to the coronavirus pandemic, which has halted a number of the network’s shows, Monique threw shade at Candiace Dillard-Bassett and Gizelle Bryant by sharing an updated cast photo with the news.

“We will have to wait a few more weeks (or months) y’all,” she wrote in the caption of her post, which included a cast photo that featured yellow markings over Candiace and Gizelle’s faces. 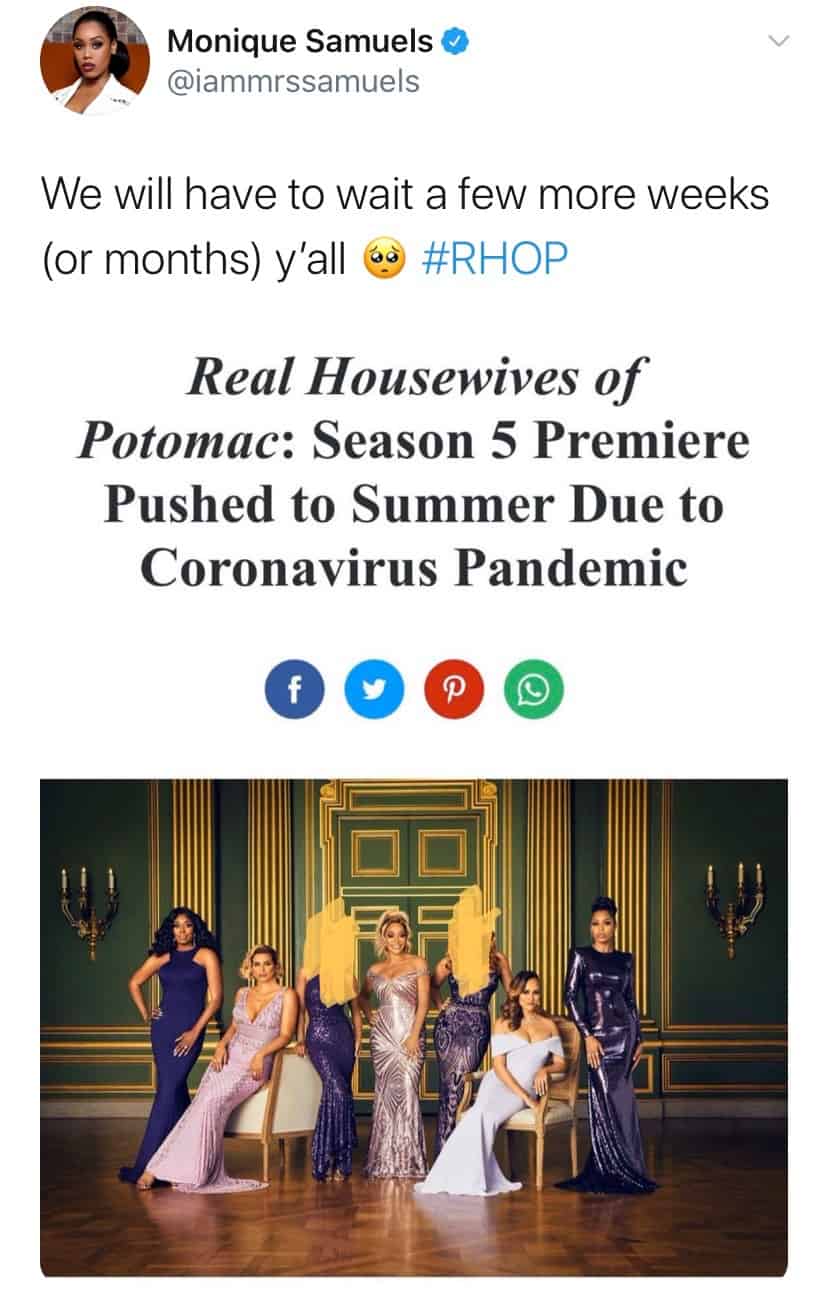 According to a report from PEOPLE on April 23, RHOP season five was pushed back so Bravo would be able to provide viewers with a steady flow of new programming on Sundays throughout the summer. However, the second season of Married to Medicine: Los Angeles, which was also set to premiere on Sunday, May 3, has not been pushed back.

When the season five trailer for RHOP was released in March, it was confirmed that Monique, Candiace, and Gizelle would be joined by returning cast members Karen Huger, Ashley Darby, and Robyn Dixon, as well as new cast member Wendy Osefo.

In addition to her photo diss at Candiace and Gizelle, Monique also responded to a fan page questioning readers about whether or not they liked her.

“Who said No?! It’s all good… great thing we have [four] other women on the show for you to fall in love with right?” she replied, seemingly giving a nod to Karen, Ashley, Robyn, and Wendy. 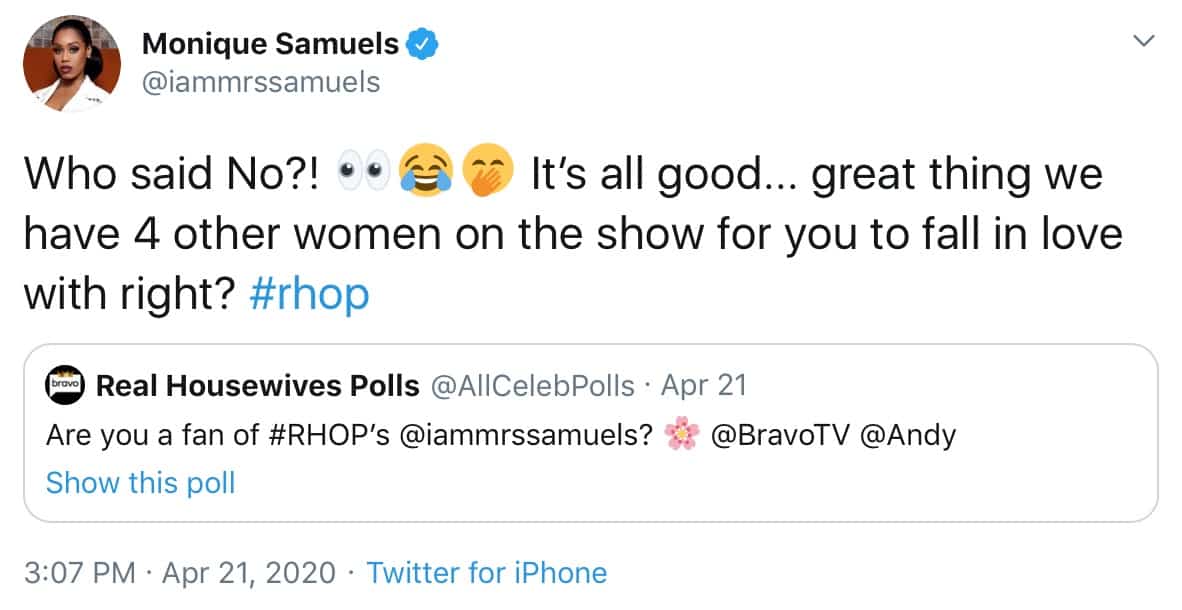 Candiace and Gizelle have not yet responded to their co-star’s diss.

Monique and Candiace have been feuding since they came to blows with cameras rolling on season five last year. In the season five trailer, it was clear that Gizelle was disgusted with Monique for her role in the fight.

An exact premiere date for The Real Housewives of Potomac season five has not yet been confirmed.