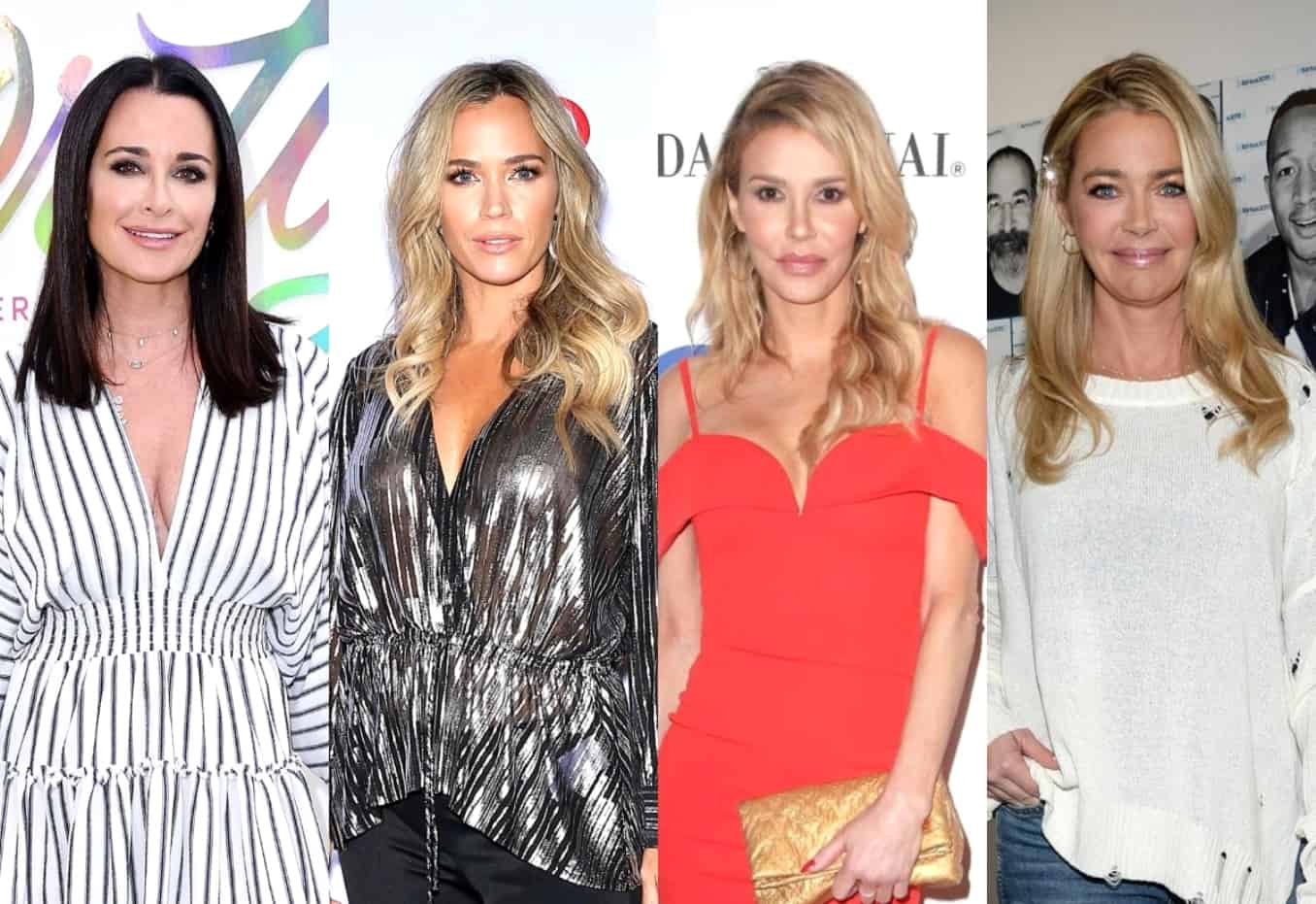 Teddi Mellencamp and Kyle Richards don’t believe that Brandi Glanville is lying about her claims regarding Denise Richards and their alleged hookups.

Following last week’s episode of The Real Housewives of Beverly Hills, which featured Brandi telling her castmates that Denise had supposedly been talking poorly about them, and revealing that the two of them had allegedly engaged in an affair behind the back of Denise’s husband, Aaron Phypers, Teddi and Kyle appeared on the RHOBH: After Show. There, they shared their thoughts about Brandi’s statements.

“The part that resonated with me is Brandi seemed hurt. She was talking about Denise like.. ‘This beautiful woman was interested in me.’ You know, it really felt to me like somebody who had been hurt and didn’t know how to handle it,” Teddi revealed. “It didn’t seem like she was making up a story. It seemed like she was hurt and telling the story because she was hurt.”

Teddi also noted the way in which cast member Kim Richards came to her friend’s defense.

According to Brandi, she was initially under the impression that Denise and Aaron had an open marriage and that she was allowed to sleep with other women. However, after her reported hookup with Denise, she claimed to have been told by Denise that if Aaron found out, he would “kill” her.

In her own RHOBH: After Show interview, Kyle said that she never once believed Brandi was making up her supposed affair with Denise.

“I never thought Brandi was making them up,” she said. “They were friends and, you know, I had seen pictures of them on Instagram together when this incident allegedly happened. And then it sort of made more sense of why she was so nervous coming to the Children’s Hospital event.”

“I mean, listen. Brandi and I had our issues. And for lack of a better word, she can be a real a**hole sometimes,” Kyle continued. “I just, I don’t see her to be someone who invents stories. I really don’t. I just don’t see her being a liar. So when she said that, I just, I figured, okay. Even though it was salacious, I wasn’t surprised.”