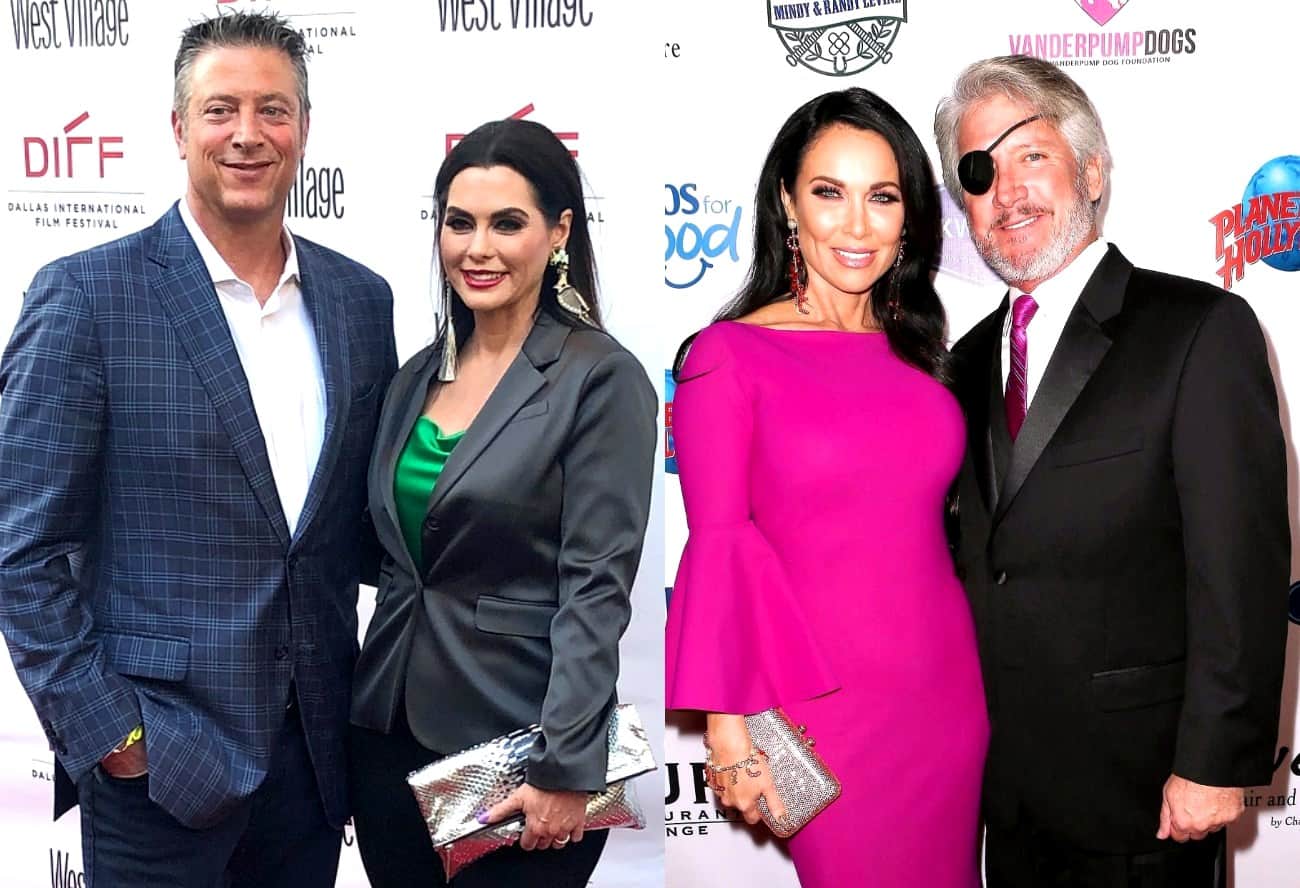 D’Andra Simmons and LeeAnne Locken appear to be in the same place they left off after The Real Housewives of Dallas season three when season four begins.

In a sneak peek at tonight’s premiere episode, the ladies are seen sitting down with their costars to discuss the potential mending of their relationship when they suddenly begin bickering over past allegations of Rich Emberlin‘s supposed cheating and new allegations claiming Jeremy Lock was unfaithful.

“Rich sent some text message to my husband about some bulls**t cheating scandal that, he didn’t know what he was talking about!” D’Andra reveals in a cast confessional. “And this is how it read, ‘I’m going to tell D’Andra all about pretty Jessica. She’s everything D’Andra isn’t. I didn’t want to, bro, because I usually have discretion, but I will not tolerate the baseless B.S. that your wife is spewing about me! Rich.'”

“There is no way in God’s green earth that my husband would be having an affair with anyone named Jessica, Mary, Susie, Julie — whatever,” D’Andra continues. “It doesn’t matter who it is. It’s not happening. Move on.”

Below is a screenshot of the text message Rich sent to D’Andra. 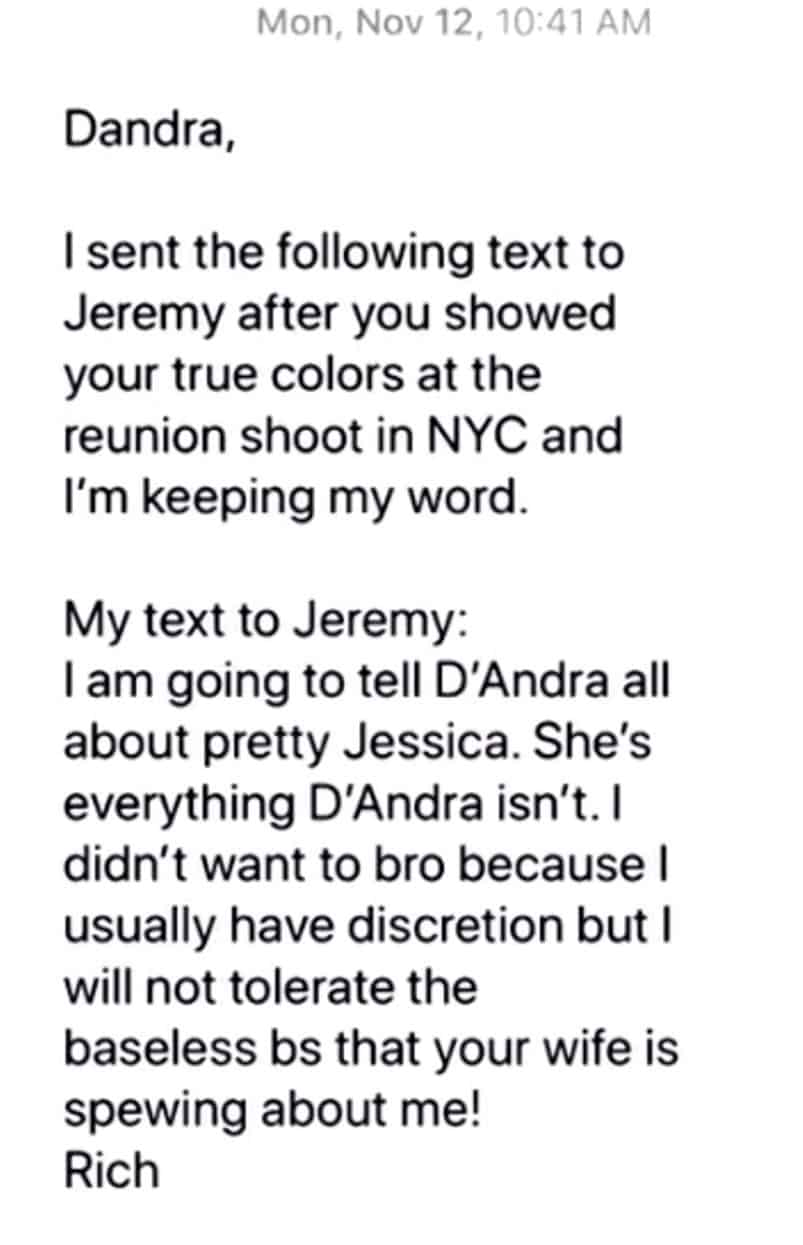 As D’Andra and LeeAnne chat with their RHOD costars, D’Andra reminds LeeAnne that she once accused Mark Deuber of cheating on his wife, Cary Deuber. However, according to LeeAnne, she learned her lesson and still feels terrible about the claims she made against Mark years ago. Meanwhile, D’Andra shows no signs of guilt about the things she said regarding Rich’s alleged indiscretions.

During an interview with Entertainment Tonight after the RHOD sneak peek was shared, LeeAnne addressed the shocking text message Rich reportedly sent to D’Andra’s husband.

“It isn’t [a different situation]. I’m not trying to make the situation different. I’m trying to show the example of the apology one person delivered and continues to deliver… I continue, every time I see them, to say, ‘You don’t ever have to forgive me. I owe you this. This is my mistake,'” LeeAnne said. “I was young [in the Real Housewives world]. I was stupid. I believed what was said to me.”

LeeAnne then labeled D’Andra as “calculated” and said her mother, Dee Simmons, was at least partially responsible for the behavior.

“Oh, for sure. I mean, look at the woman who raised her. That is calculation and manipulation in its finest form with a cute wig on top,” she stated.