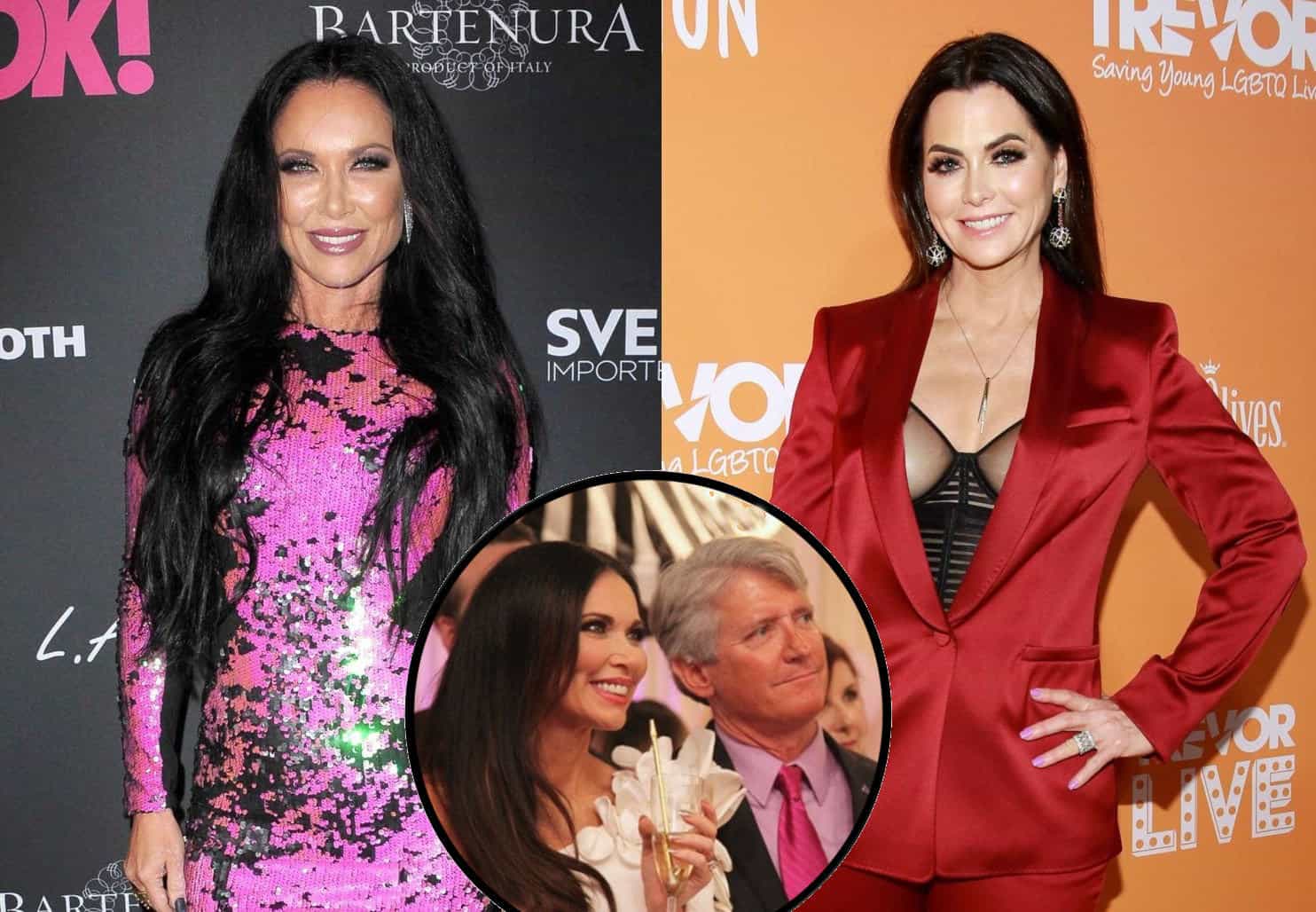 LeeAnne Locken is speaking out against her Real Housewives of Dallas co-star, D’Andra Simmons, who made shocking statements about her fiancé, Rich Emberlin, on Wednesday night’s episode of the show.

After D’Andra suggested Rich was cheating on LeeAnne as they lived “separate lives,” LeeAnne addressed her claims during an interview while her fiancé took on the allegations on his Twitter page.

“While I am saddened that a cast member has gone below the belt and has falsely accused my fiancé of infidelity, the reality is that Rich and I are busy planning a wedding, working on all of the details, and beyond excited about our life-long love affair,” LeeAnne told Us Weekly on October 4.

During Wednesday night’s show, after LeeAnne gave a mixed answer to D’Andra’s questions about her previously delayed wedding plans, D’Andra asked her co-star if she believed Rich was faithful.

“After last night’s episode, we laid in bed and laughed until we fell asleep,” LeeAnne said. “And by the way — how could a pirate get away with cheating? Don’t you think he’s the only pirate in Dallas?”

Although LeeAnne has found the cheating claims to be completely outlandish, D’Andra hinted to Us Weekly that fans would soon hear more about the issue.

“The truth always comes out in the end,” D’Andra teased.

Previously, after being asked if D’Andra would be on the guest list for her wedding, LeeAnne told the magazine it would be up to Rich if she was invited.

“He was very affected by some of the things that she says coming up,” she said in September. “She really took a stab at him.”

As LeeAnne offered a statement about the rumors regarding her fiancé, Rich slammed D’Andra on Twitter for spreading “baseless lies” and making “BS remarks.” He even suggested she had problems of her own at home but didn’t elaborate on what those issues may be.