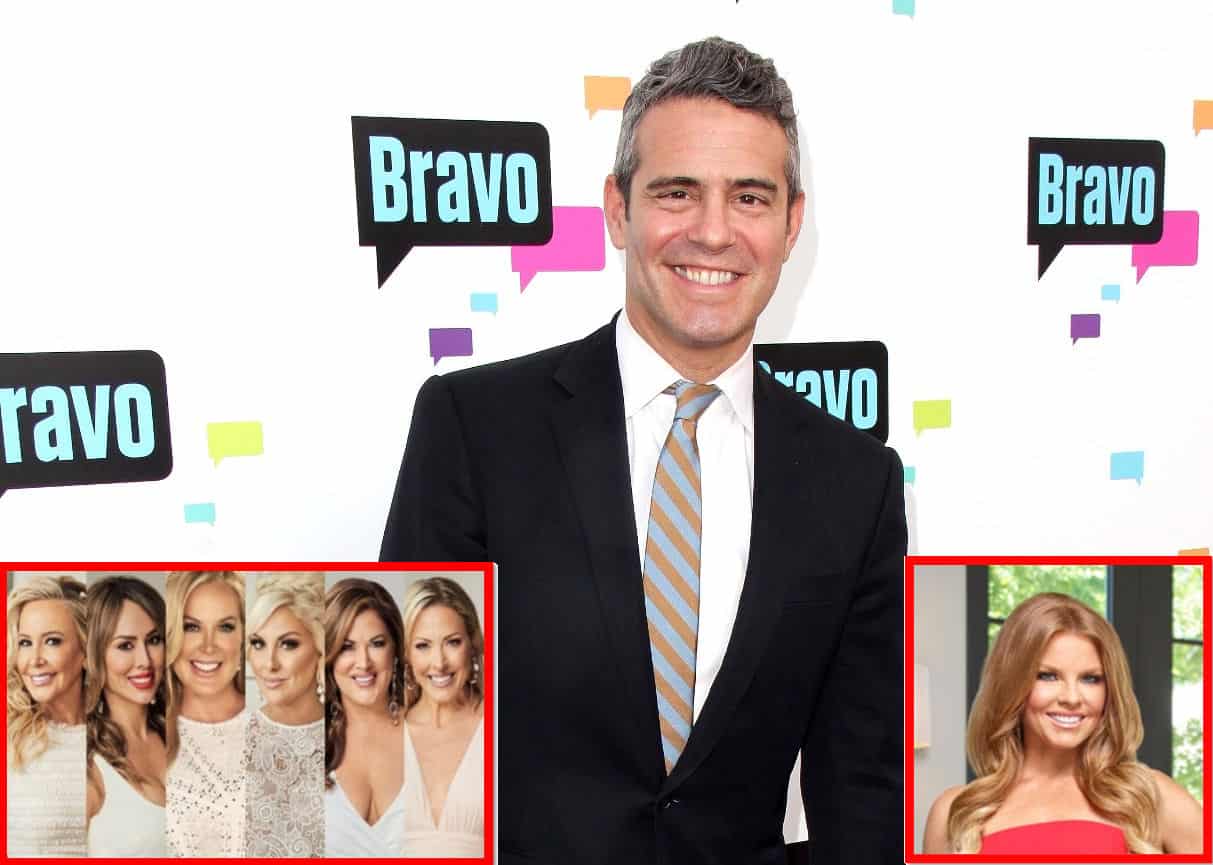 Andy Cohen opened up about the upcoming 16th season of The Real Housewives of Orange County after the series’ 15th anniversary earlier this week.

“The status of [RHOC] right now is that we’re just taking a pause,” Andy confirmed during a March 22 interview with Variety. “We’re in no rush to get into production. One of the benefits of [Real Housewives of Salt Lake City] coming out so strong out of the gate and becoming such a hit is you don’t need to be in such a rush then to get [RHOC] back because you have more to play with.”

According to Andy, his team went into production quickly on RHOSLC season two in order to capture footage of the winter months.

“It’s a stark contrast to all the other shows to see them with the mountains and the snow. So we love that aesthetic. But Orange County, California, is still fairly locked down,” he stated.

As for a cast change, Andy said the current lineup is being considered.

“We’re analyzing everything,” he shared. “This is obviously the show that started everything for this franchise. It’s important that we keep getting it right.”

While fans are also awaiting the ninth season of Pump Rules, the new episodes will look much different than season eight due to the June 2019 exits of Stassi Schroeder, Kristen Doute, Max Boyens, and Brett Caprioni, all of whom were accused of past racism.

Looking back at Bravo’s decision to terminate their contracts, Andy admitted it’s sometimes hard to know where to draw the line with talent.

“People love watching outspoken, funny, shocking people on television. That’s been the backbone of Bravo… I will say I’m especially proud that we were able on [RHOD] to watch Brandi figuring out what she did and talking it out with the first Asian Housewife.”

Earlier this year, Brandi was seen addressing an offensive video she made of herself seemingly poking fun at Asians with Dr. Tiffany Moon, who was added to the cast for season five.

“I thought that was really effective. And more effective than saying, ‘Well, you’re gone,'” he noted. “It was valuable for [Brandi] to have the conversation in front of viewers. And I’m glad that that’s how that played out.”

Regarding the upcoming season of RHOM, Andy confirmed the series is in development at Peacock.

“I was very dogmatic that there is a big fanbase for [RHOM] that has been wanting it to be brought back. I see what people are asking for on Twitter, and that’s one of those shows that was a constant,” he revealed.

Then, when asked if any of the original castmates would be featured, Andy added, “I’d like there to be some connection to the past.”

Andy’s seven-part docuseries, For Real, premiered on the E! Network on Thursday, March 25, at 9/8c, and the Real Housewives-themed episode will air on Thursday, April 15.