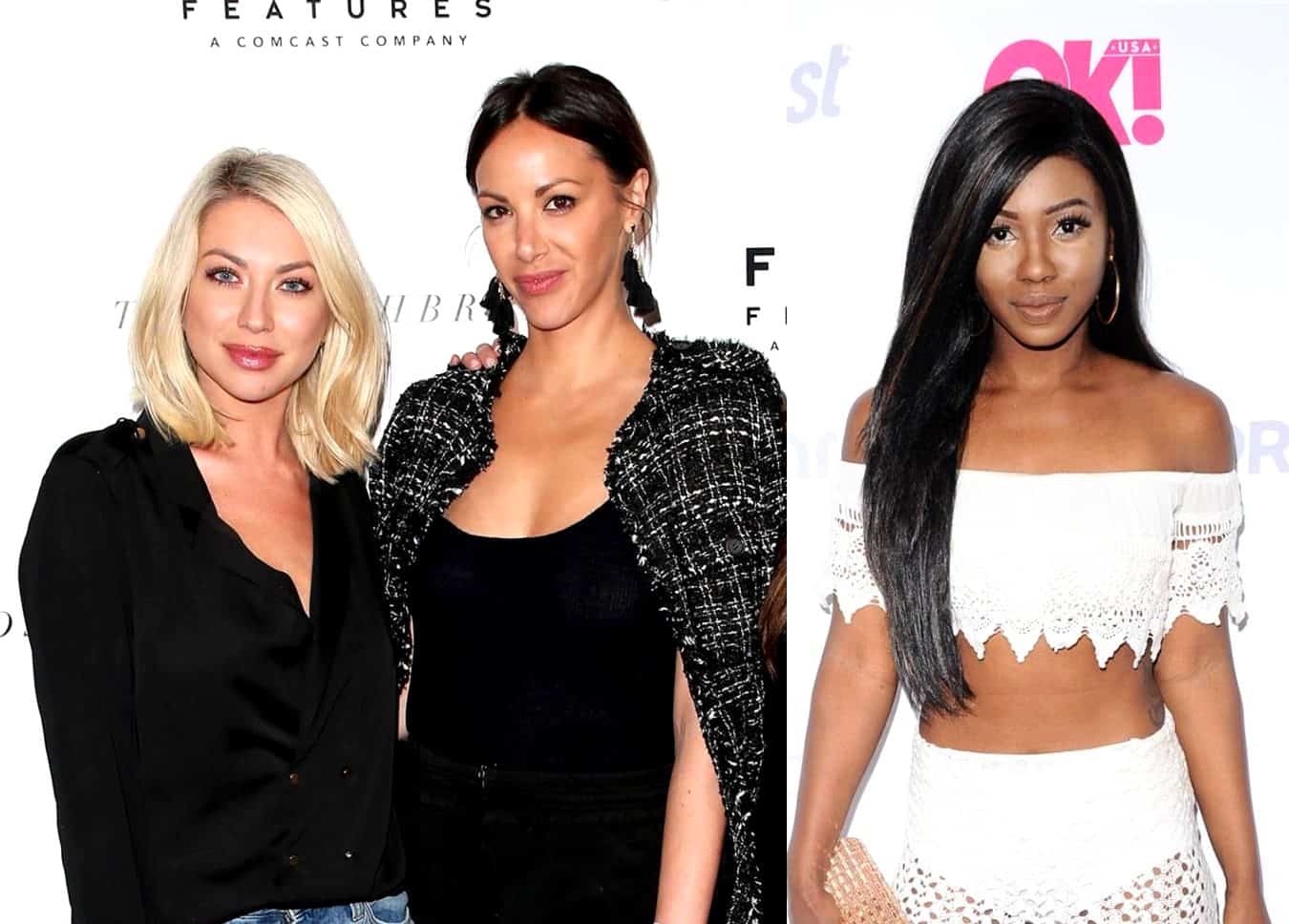 Stassi Schroeder and Kristen Doute have officially been fired from Vanderpump Rules.

After Stassi and Kristen were accused of racist behavior due to their past treatment of Faith Stowers and other comments Stassi has made over the years, the network has announced they will not be included in season nine.

Additionally, Max Boyens and Brett Caprioni, who were involved in a racism scandal earlier this year due to a series of past tweets, will not be returning as well.

“Bravo and Evolution Media confirmed today that Stassi Schroeder, Kristen Doute, Max Boyens and Brett Caprioni will not be returning to Vanderpump Rules,” Bravo said in a statement on Tuesday, via Variety.

News of the firings comes after Stassi was dropped by her agency, her publicist, Glamour magazine, and a number of sponsors, including Ritual Vitamins, Billie, and Skrewball Whiskey, due to her past treatment of Faith.

As Pump Rules fans learned earlier this month, Faith felt discriminated against during her time on the show by both Stassi and Kristen, who attempted to have her arrested for drugging men and stealing credit cards, neither of which she actually did.

Following Faith’s revelations on Instagram Live, both Stassi and Kristen offered public apologies for their behavior.

“Although, my actions were not racially driven, I am now completely aware of how my privilege blinded me from the reality of law enforcement’s treatment of the black community, and how dangerous my actions could have been to her,” Kristen wrote in her June 7 statement. “It was never my intention to add to the injustice and imbalance. I’m ashamed, embarrassed, and incredibly sorry. I will do better. I have to do better.”

In Stassi’s apology, she admitted to making “racially insensitive comments” before noting that there was “no excuse” for the way she treated Faith.

“I did not recognize then the serious ramifications that could have transpired because of my actions. What I did to Faith was wrong. I apologize and I do not expect forgiveness,” she shared.

After their apologies were released, Faith confirmed they did not reach out to her privately to apologize.

Back in January, after Max and Brett offered apologies for their past posts on Twitter, Lisa Vanderpump appeared to excuse their behavior after seeing that they were truly sorry for the hurtful and offensive words they used and the statements they made.

“I do not condone any of the heinous comments made in the past by Max and Brett and I am glad they understand the severity of their offenses and have shown utmost remorse and contrition,” she said in a statement to Us Weekly. “I embrace a community of diversity and do not tolerate bigotry of any form within my workplace.”