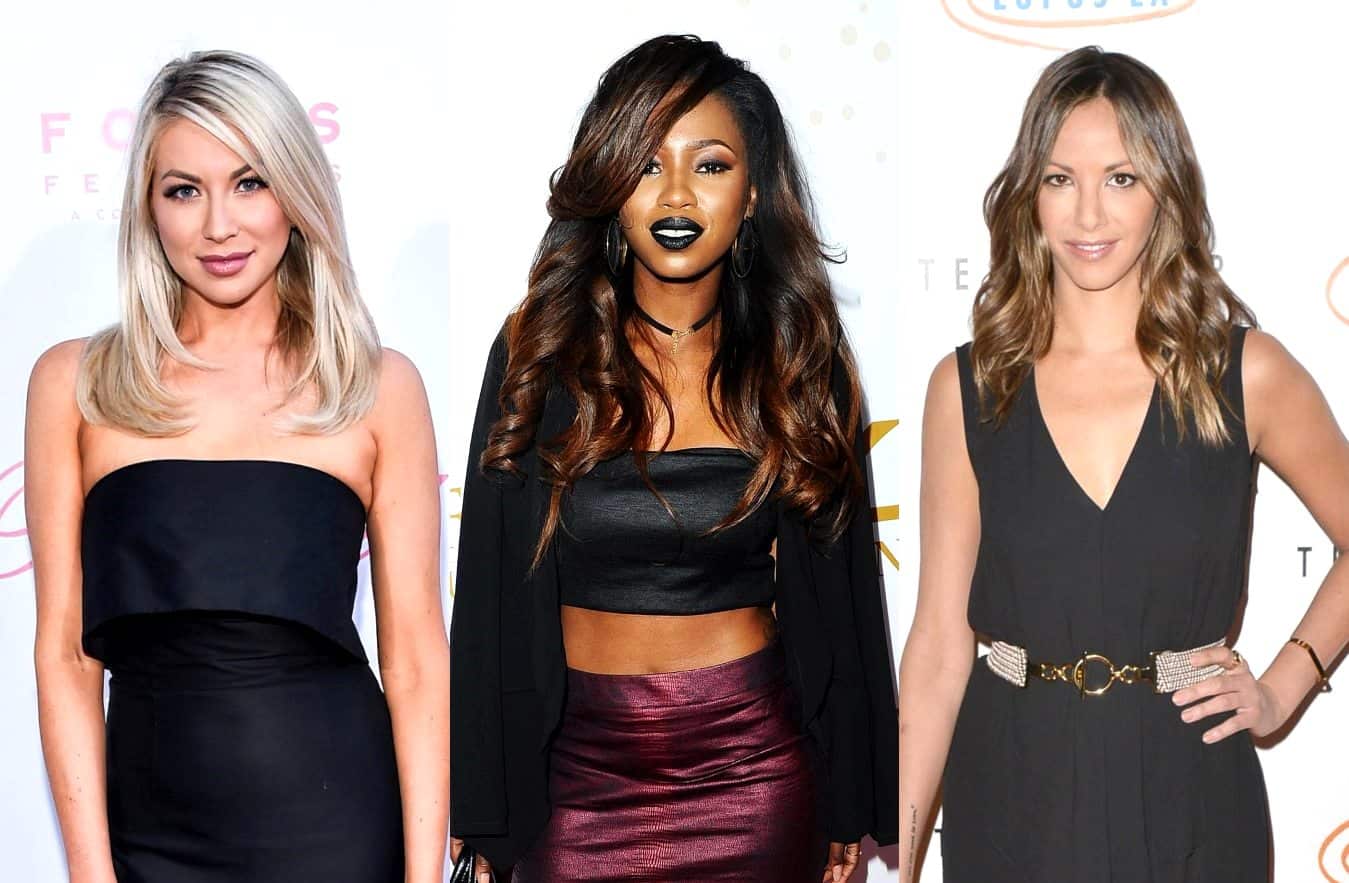 Former Vanderpump Rules cast member Faith Stowers reacted to the news of Kristen Doute and Stassi Schroeder‘s public apologies to her on her Instagram page over the weekend as a new report is revealing Stassi has been dropped by her PR company.

After both Kristen and Stassi shared statements with their fans and followers on Sunday after being accused of racist antics years ago, Faith was met with a fan who questioned her about how she felt about the ladies’ comments and asked if either one of them had apologized to her directly.

“How do you feel about it? Did [Stassi] apologize to you privately and personally??” the fan wrote in a direct message to the reality star.

“No they did not,” Faith confirmed of both women, failing to reveal how she felt about their statements. 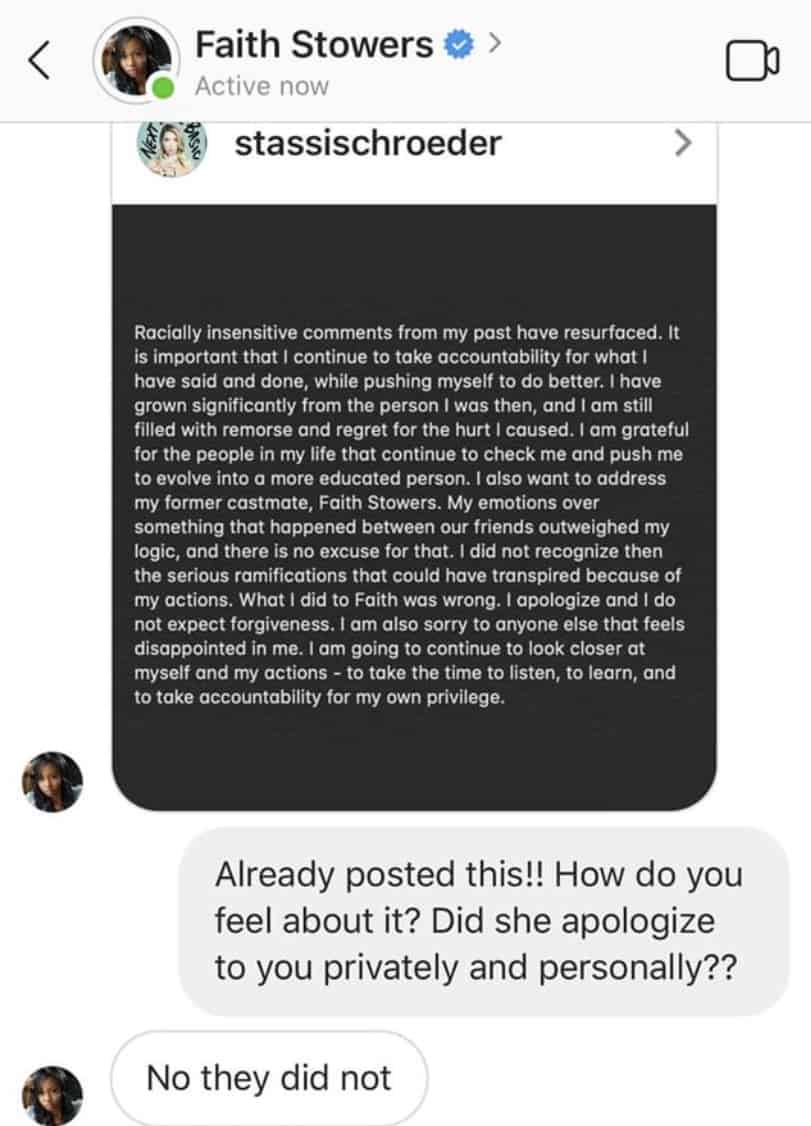 Additionally, Us Weekly is now reporting that Stassi has been dropped by her PR company. When the outlet reached out to Stassi’s PR rep to try to get a statement about Stassi not reaching out privately to Faith, the PR company shared that they no longer represent her.

Over the weekend, after Faith recalled the racist behavior she experienced during her time on Pump Rules on Instagram Live, Stassi shared a statement on Instagram in which she said she would be taking a week off from her podcast, Straight Up with Stassi, to “listen” and “learn.”

Then, days later, after she was dropped by several sponsors amid Faith’s claims of discrimination, Stassi returned to Instagram with a statement regarding her past treatment of Faith, which included allegations of drugging men and credit card theft. Kristen, who called the cops on Faith with Stassi years ago, also weighed in.

“I did not recognize then the serious ramifications that could have transpired because of my actions. What I did to Faith was wrong. I apologize and I do not expect forgiveness,” Stassi explained.

Meanwhile, Kristen, who only deleted her public tweet making false accusations against Faith today, added, “Although, my actions were not racially driven, I am now completely aware of how my privilege blinded me from the reality of law enforcement’s treatment of the black community, and how dangerous my actions could have been to her.”