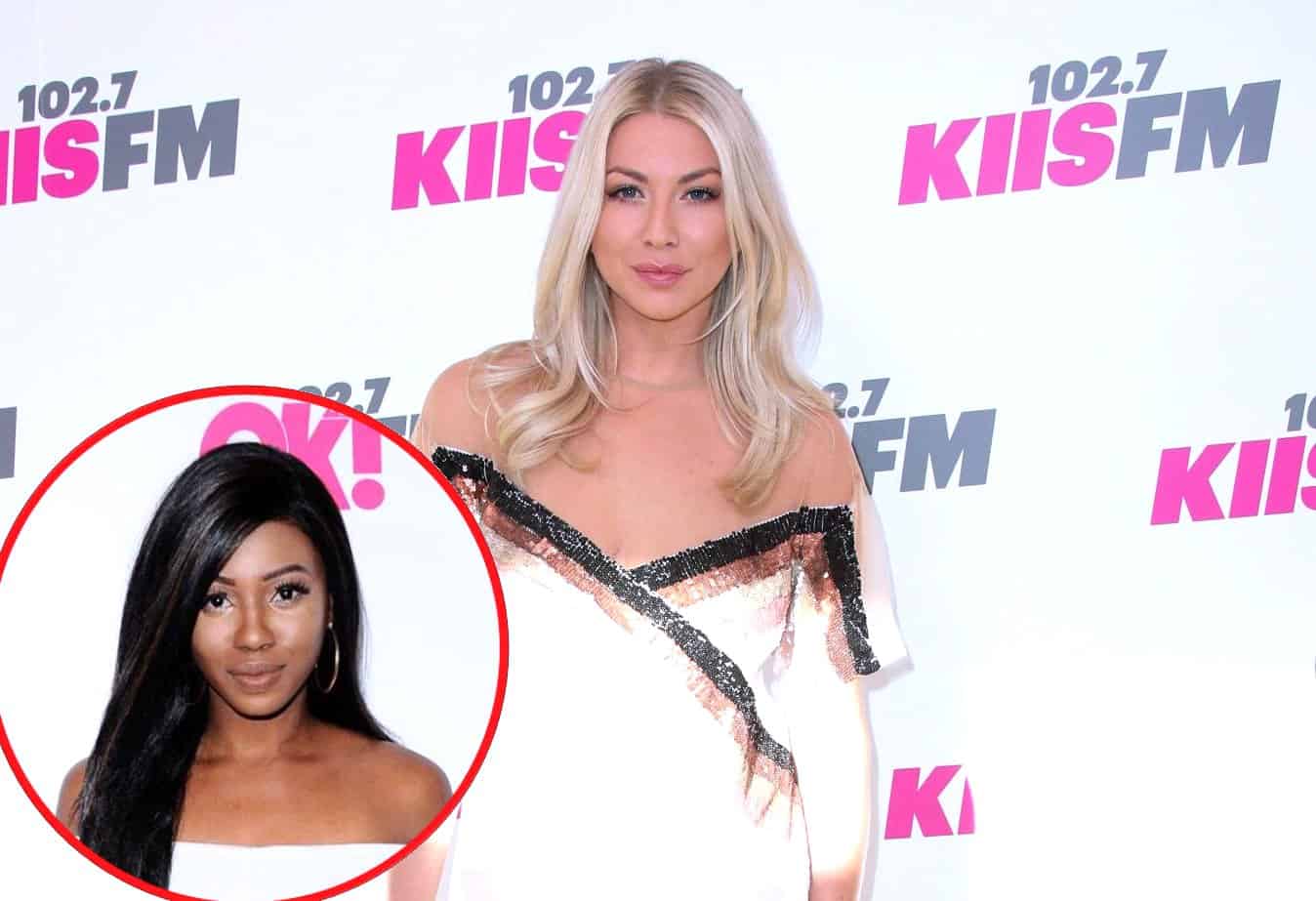 Vanderpump Rules star Stassi Schroeder is taking a week off from her Straight Up with Stassi podcast to educate herself amid the Black Lives Matter movement and recent backlash following some comments from her former co-star Faith Stowers.

Stassi and Kristen Doute have faced some recent criticism after Faith came out this week and detailed her negative experience on the show as a black woman, which included Kristen and Stassi calling the cops on her and falsely accusing her of being a woman who was wanted for robbing and drugging men. As for Brittany Cartwright, Faith has previously alleged Brittany once called her hair “nappy” following her fling with Brittany’s then boyfriend Jax Taylor.

As some fans of the show are now wanting Stassi and Kristen to face some consequences for their past actions, Stassi is following in the footsteps of her longtime friend and Pump Rules co-star, Katie Maloney, by showing her support for black-owned businesses on Instagram, while also vowing to “listen” and “learn.”

“I am not posting a new episode of my podcast this week – instead I am creating space, taking a step back to listen and continue to learn,” Stassi wrote on her Instagram Stories on Thursday. 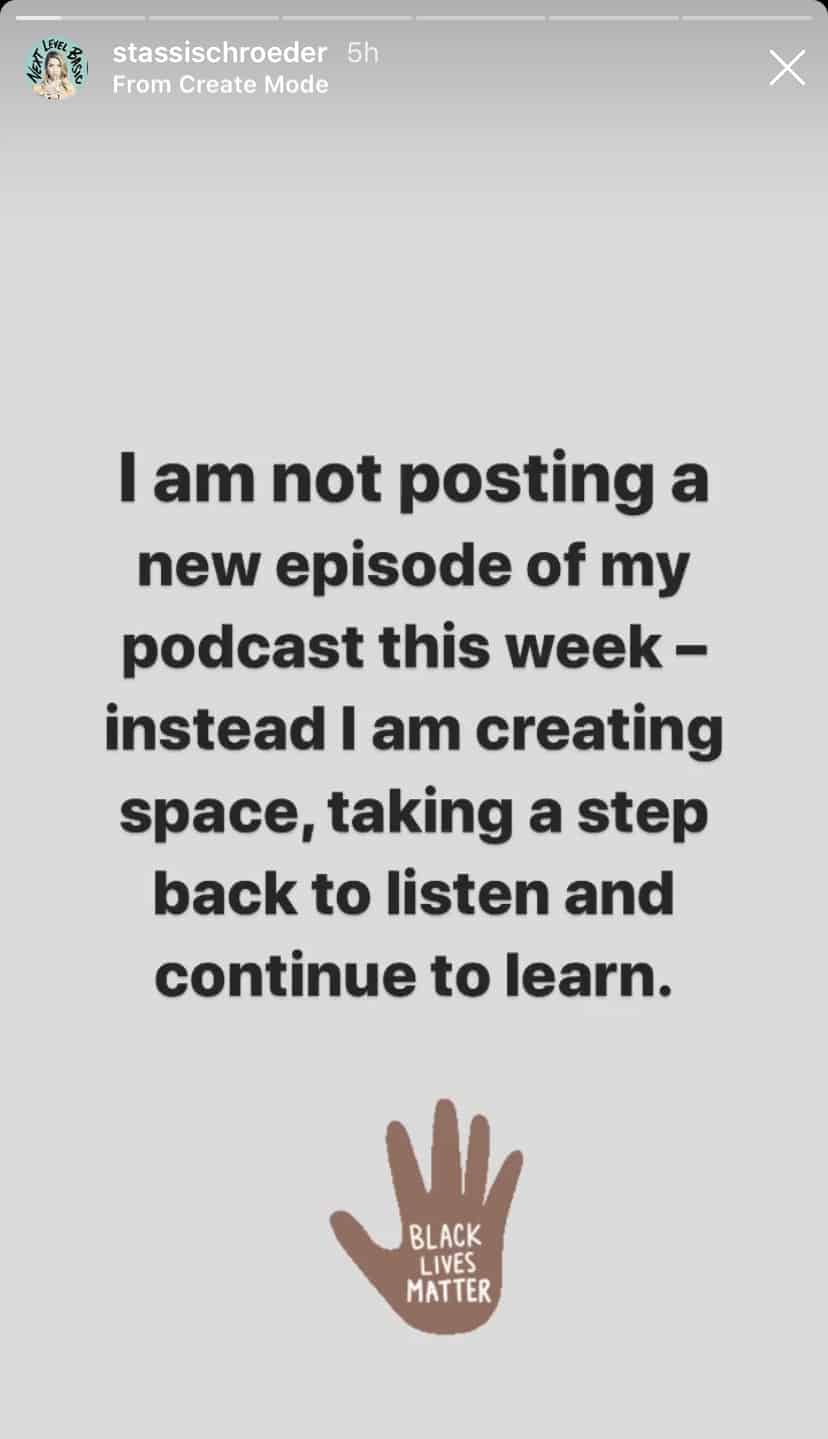 “Check out a few of the black-owned businesses I am supporting and will continue to support,” she continued. 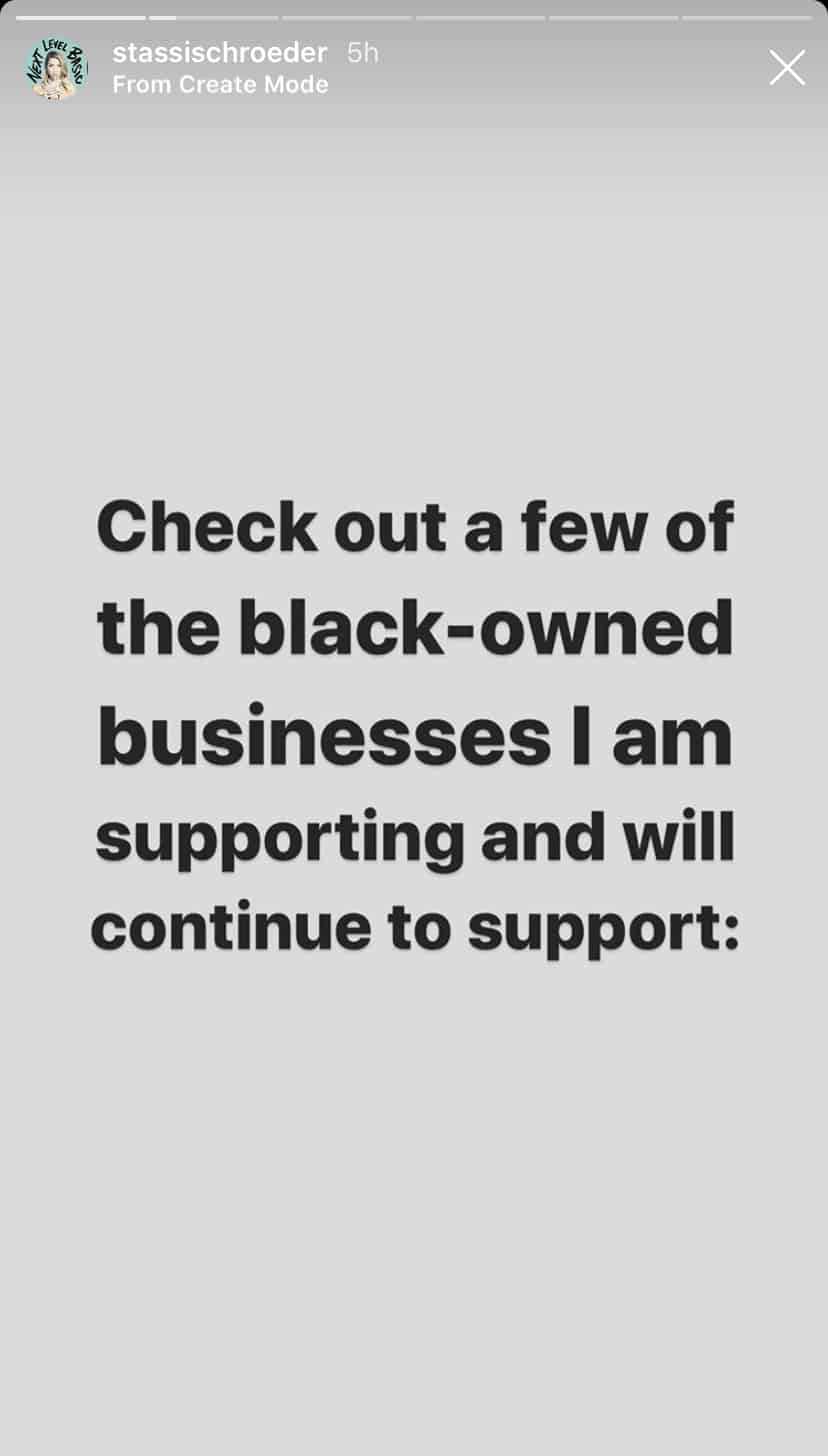 Stassi then shared two additional posts on her Instagram Stories in which she showcased a series of items she recently purchased from black-owned businesses, including Mateo New York and Brother Vellies.

“Just got this stunning initial ring by [Mateo New York],” she revealed in the first post. 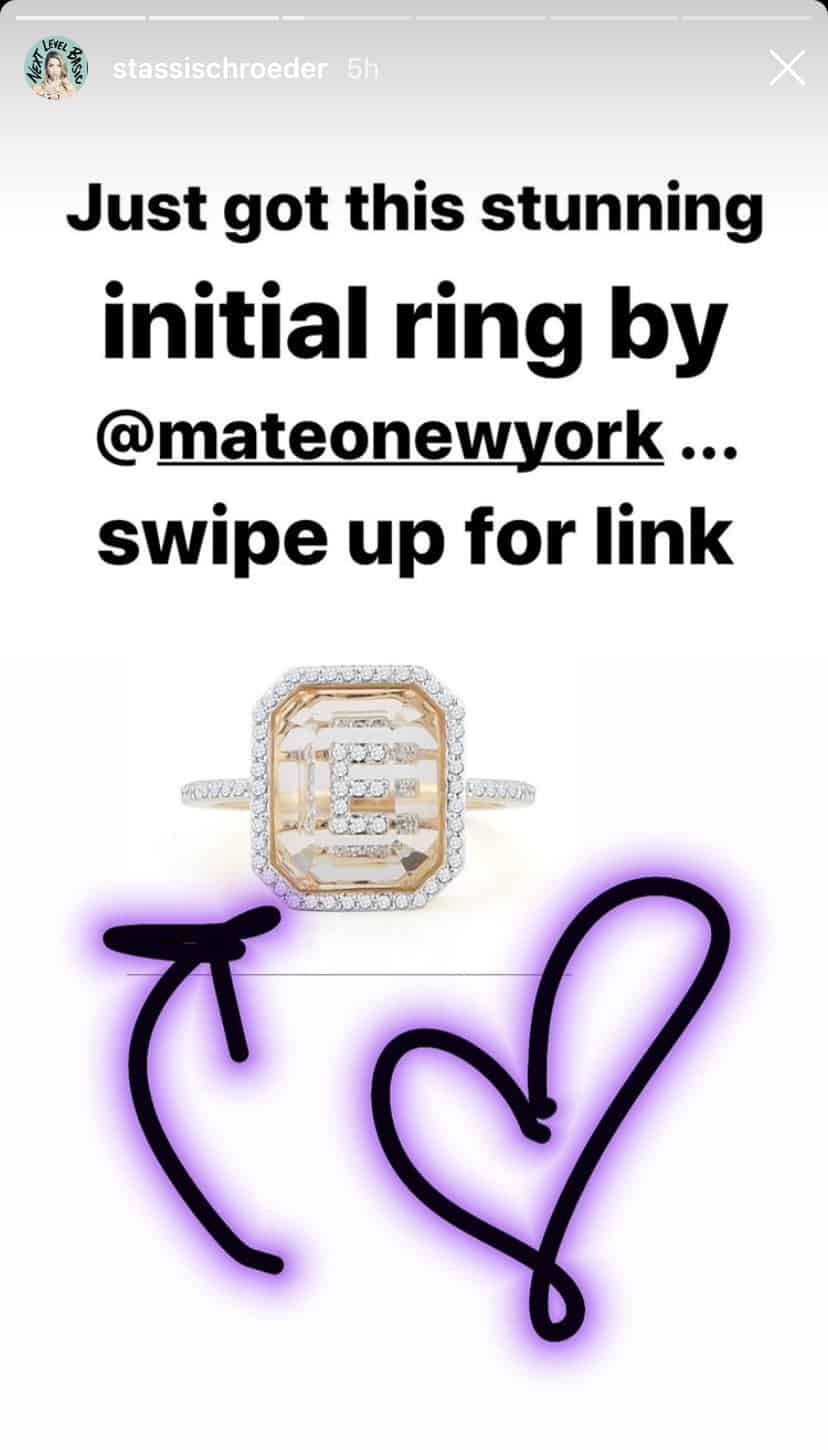 “[Brother Vellies] is one of my favorite shoe designers. These are my [three] recent purchases,” Stassi wrote in the caption of her second post, which included proof that she bought three pairs of shoes from the designer. 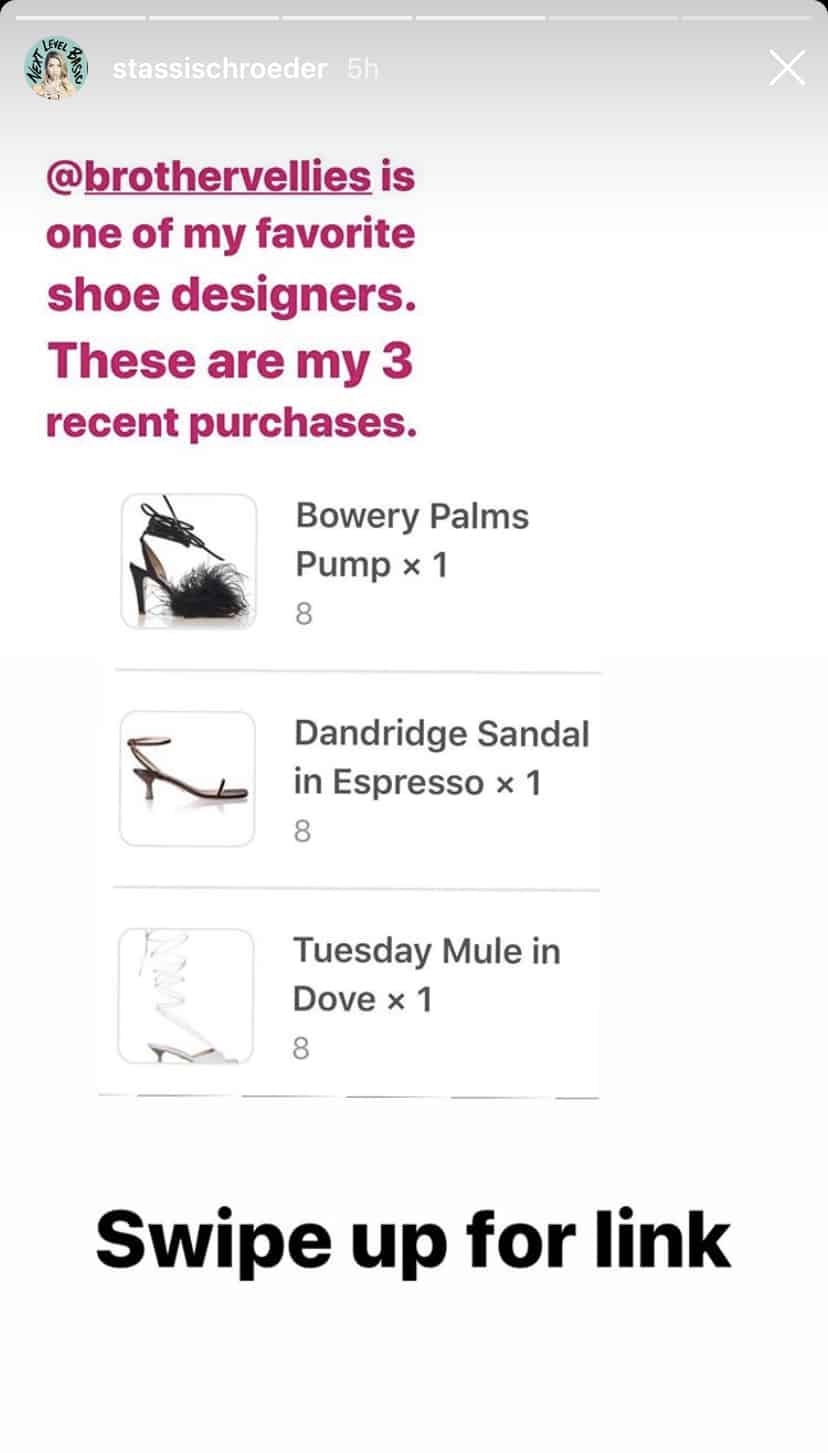 Since the devastating death of George Floyd in May, which occurred after a police officer knelt on the man’s neck for nearly nine minutes, protesters around the world have been fighting back against racism and police brutality.

In addition to a number of Pump Rules stars, including Lala Kent, James Kennedy, Raquel Leviss, and Danica Dow, participating in protests in Los Angeles, others, including Ariana Madix, Scheana Marie, and Brittany Cartwright, have shared informative posts online in an effort to encourage their audience members to help promote change.

As for Kristen, she has yet to delete her public tweet in which she falsely accuses Faith of being a wanted woman.