Home Vanderpump Rules Vanderpump Rules’ Kristen Doute and Stassi Schroeder Apologize Amid Backlash for “Insensitive” Past Comments to Faith Stowers, Own Up to Their “Privilege” and Vow to Do Better After Accusations of Racist Behavior

Vanderpump Rules’ Kristen Doute and Stassi Schroeder Apologize Amid Backlash for “Insensitive” Past Comments to Faith Stowers, Own Up to Their “Privilege” and Vow to Do Better After Accusations of Racist Behavior 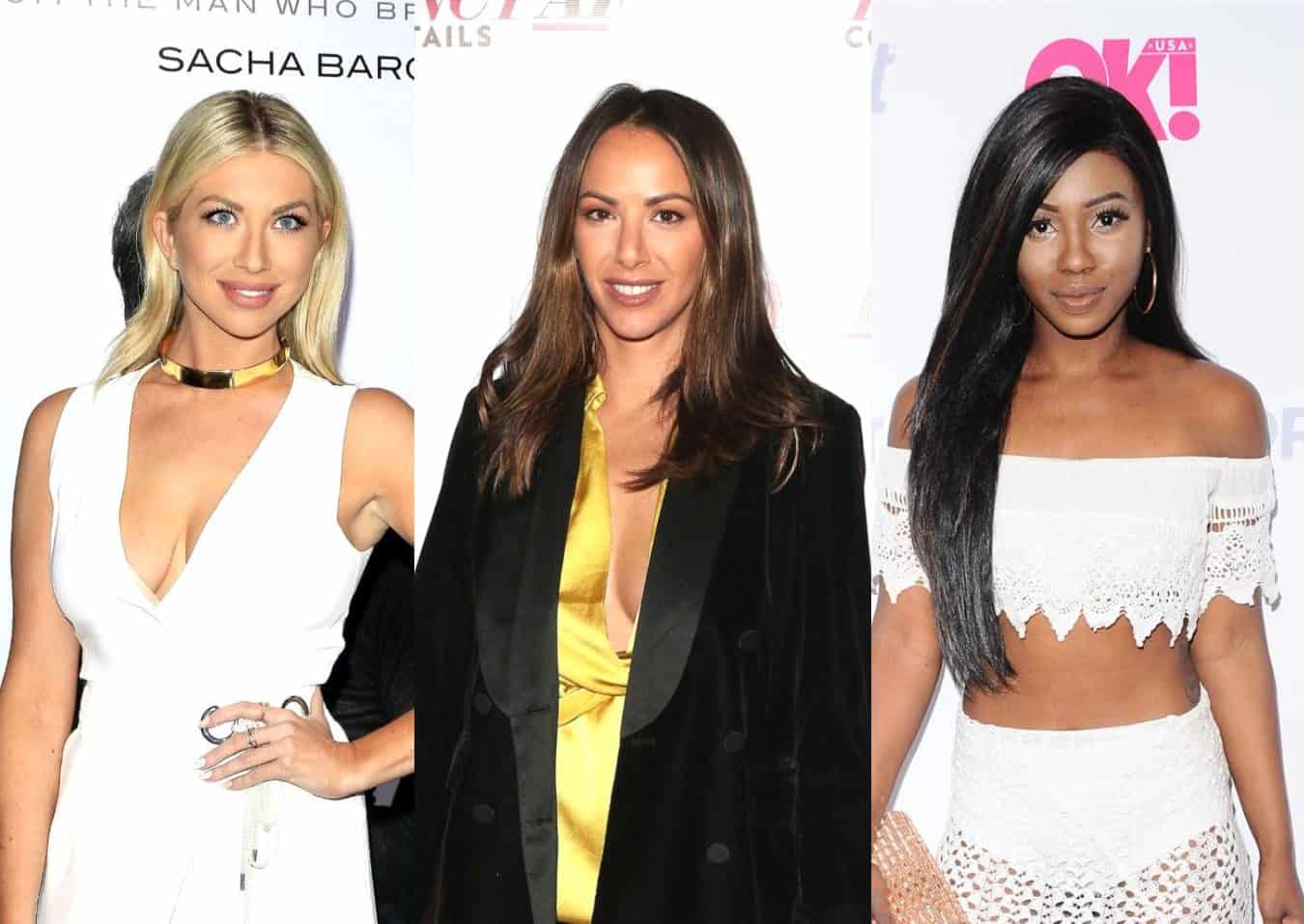 Kristen Doute and Stassi Schroeder released public apologies to their former Vanderpump Rules co-star, Faith Stowers, on Instagram on Sunday evening after being accused of racism and discrimination.

Following an Instagram Live appearance from Faith, who said she experienced racist behavior during her time on Pump Rules years ago and recalled the way in which Kristen and Stassi called the cops on her with false allegations of drugging men and theft, both women looked back on their past behavior and vowed to do better in the future.

In her statement, which was shared on June 7, Kristen told her fans and followers that she was taking time to process what she’s been “seeing, feeling and learning” before mentioning her past antics toward Faith.

“Although, my actions were not racially driven, I am now completely aware of how my privilege blinded me from the reality of law enforcement’s treatment of the black community, and how dangerous my actions could have been to her,” Kristen wrote. “It was never my intention to add to the injustice and imbalance. I’m ashamed, embarrassed, and incredibly sorry. I will do better. I have to do better.” 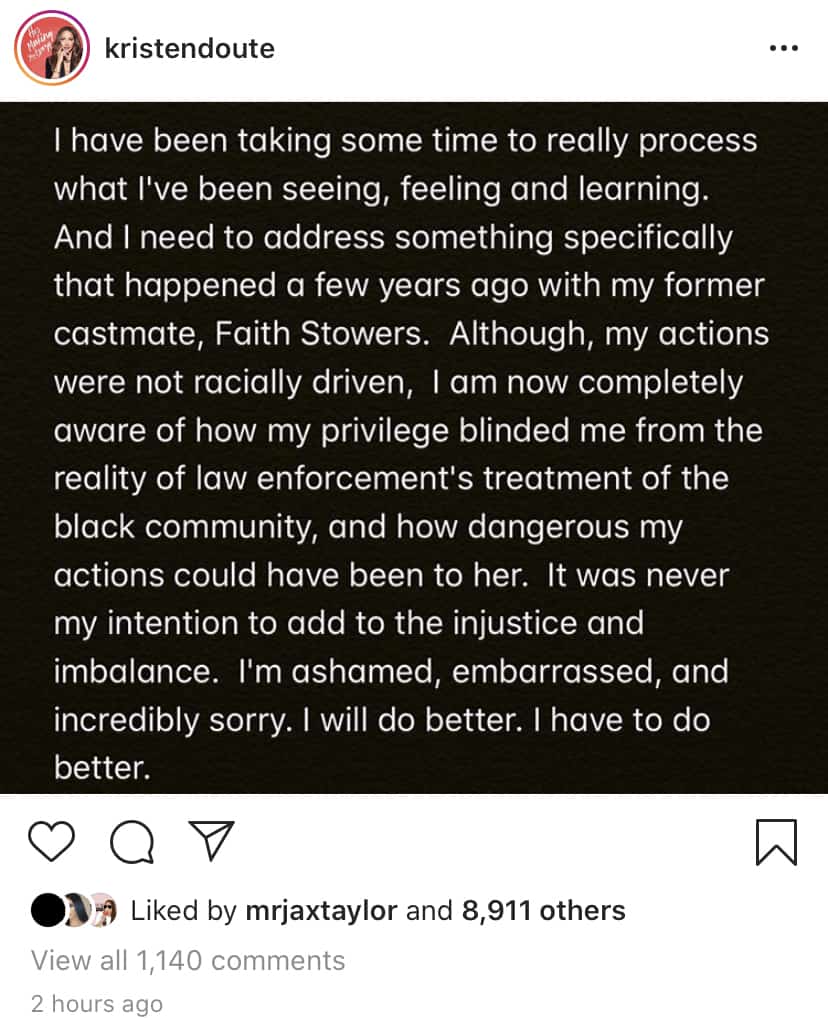 Meanwhile, in her own post, Stassi acknowledged the “racially insensitive comments” she made.

“Racially insensitive comments from my past have resurfaced,” Stassi began. “It is important that I continue to take accountability for what I have said and done, while pushing myself to do better. I have grown significantly from the person I was then, and I am still filled with remorse and regret for the hurt I caused. I am grateful for the people in my life that continue to check me and push me to evolve into a more educated person.”

In a statement directly to Faith, Stassi admitted that her emotions over something that occurred between their friends outweighed her logic.

“There is no excuse for that,” she continued. “I did not recognize then the serious ramifications that could have transpired because of my actions. What I did to Faith was wrong. I apologize and I do not expect forgiveness,” she explained.

Stassi also apologized to anyone else who has been disappointed by her behavior and said she will continue to “take the time to listen, to learn, and to take accountability for my own privilege.” 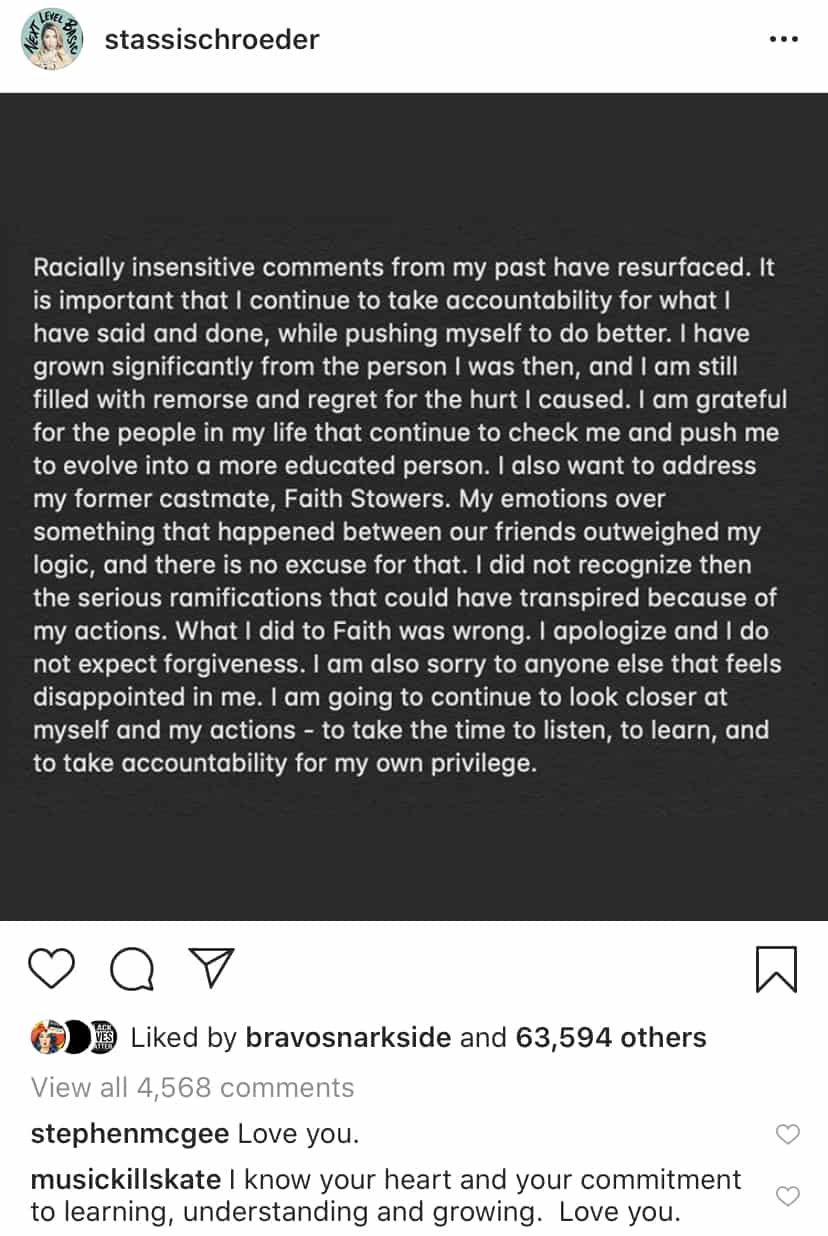 After Faith’s Instagram Live appearance last week, Stassi was dropped by a number of sponsors, including Skrewball Whiskey, Billie, and Ritual Vitamins.