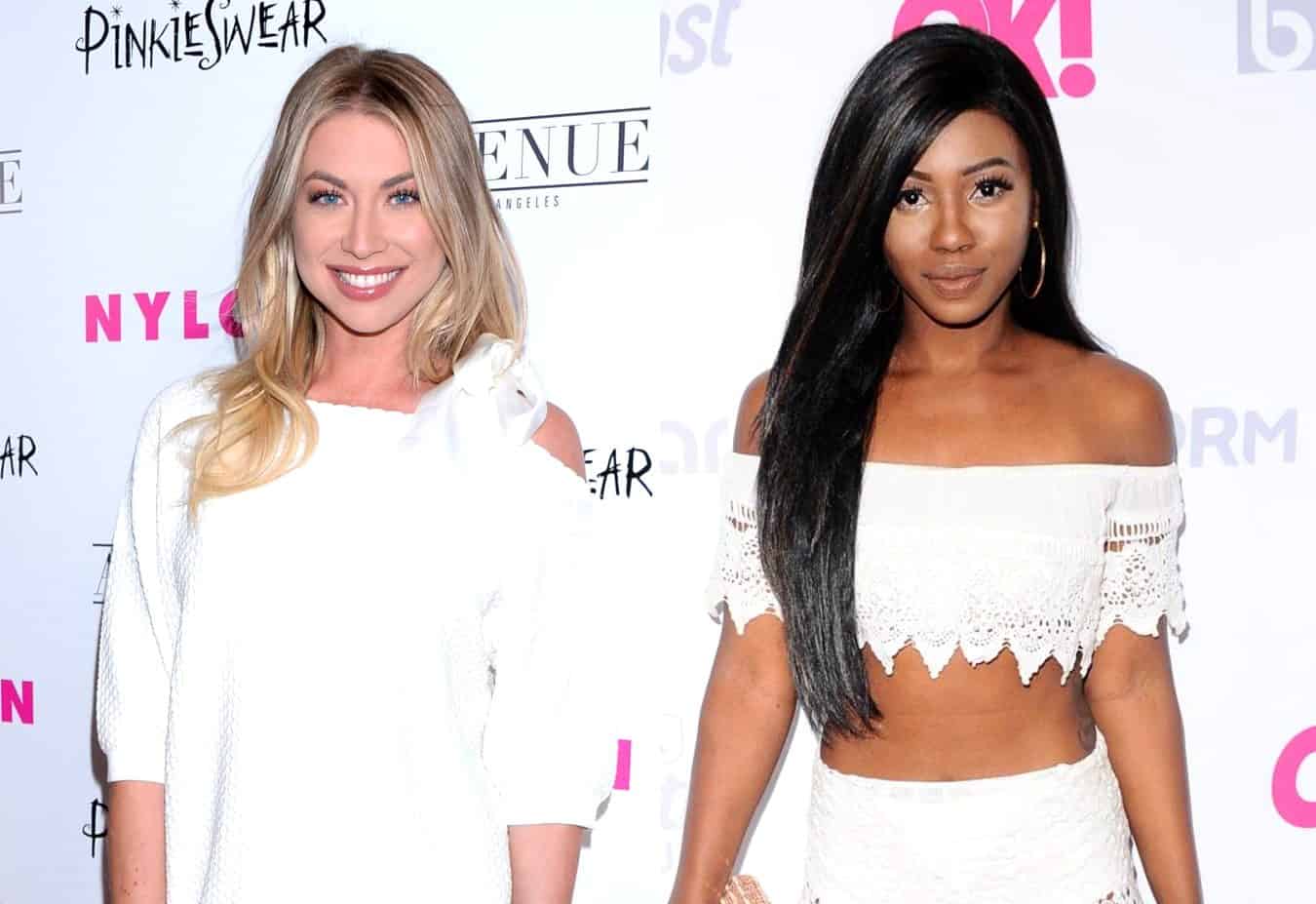 Stassi Schroeder is losing sponsors after being accused of discrimination by her former Vanderpump Rules co-star, Faith Stowers.

Days after Faith was seen chatting with Floribama Shore cast member Candace Renee Rice on Instagram Live about the racism she experienced during her time on the Bravo reality series, a number of companies have confirmed that they will no longer be working with Stassi, one of whom accused the podcast host of failing to “support the fight against racism.”

In a June 4 post shared on Twitter, Skrewball Whiskey confirmed to an Instagram user that they were committed to taking action against inequality and racism and would no longer be advertising with Stassi. 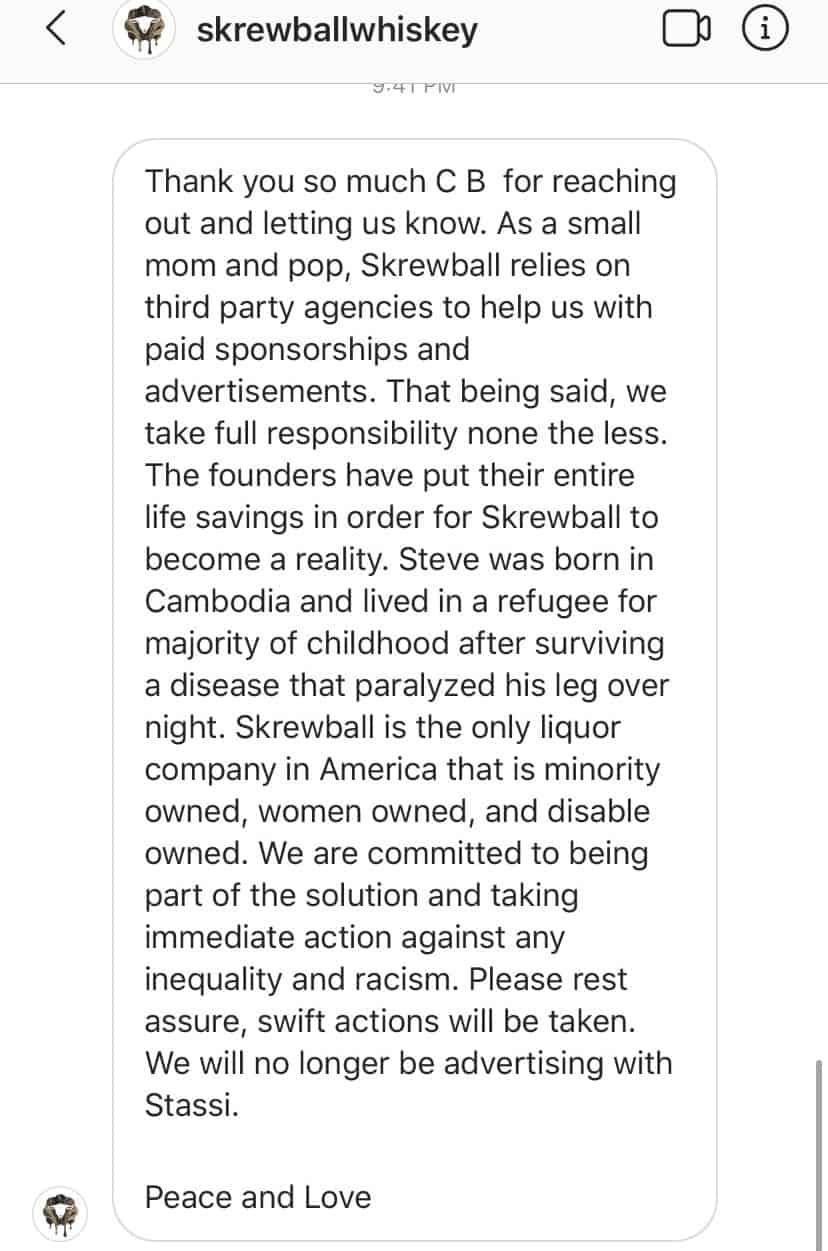 “We are committed to being part of the solution and taking immediate action against any inequality and racism. Please rest assure, swift actions will be taken. We will no longer be advertising with Stassi,” the company wrote in their statement.

Billie, a women’s razor brand, also confirmed their professional relationship with Stassi had come to an end, telling another Instagram user, “We are ending all of our partnerships with anyone who isn’t supporting the fight against racism, including Stassi.”

According to another user on Reddit, she was informed by Ritual Vitamins’ founder, Katerina Schneider, that they too had cut ties with the Pump Rules cast member.

“We have ended our partnership with Stassi, and we are committed to doing more thorough diligence on all our brand partners going forward. We stand against inequality and racial injustice and under no circumstances will standby and promote partnerships that reflect otherwise,” Katerina’s statement explained.

In 2018, Stassi appeared on a podcast, where she accused Faith of stealing from multiple people, including her former roommate Lala Kent. Even more, Stassi then admitted that she and Kristen Doute had called the cops on Faith and suggested she the woman wanted by police for drugging men and stealing over $300,000.

She also admitted to reporting Faith, a veteran, to the military police before Faith threatened her with a lawsuit, noting on The Tomorrow Show podcast that Stassi’s statements against her were “evil, disgusting, and untrue.”

During her chat with Candace earlier this week, Faith explained how she was treated differently than other cast members on Pump Rules.

“In my opinion, I thought it was weird that everybody on the show got to do interviews and confessionals and I  didn’t even get a chance to do that to tell my story. [It] was a very interesting story, being a black woman in the military at the time — at the time I was still in the army,” she stated. “I didn’t feel like they appreciated that.”

Following Faith’s statements against her, Stassi told her fans and followers on Instagram that she would not be sharing a new episode of Straight Up With Stassi on Friday.

“Instead,” she explained, I am creating space, taking a step back to listen and continue to learn.”