by Lindsay Cronin May 21, 2020 87 comments
ShareTweetWhatsappPinterestRedditTumblrMailFlipboard 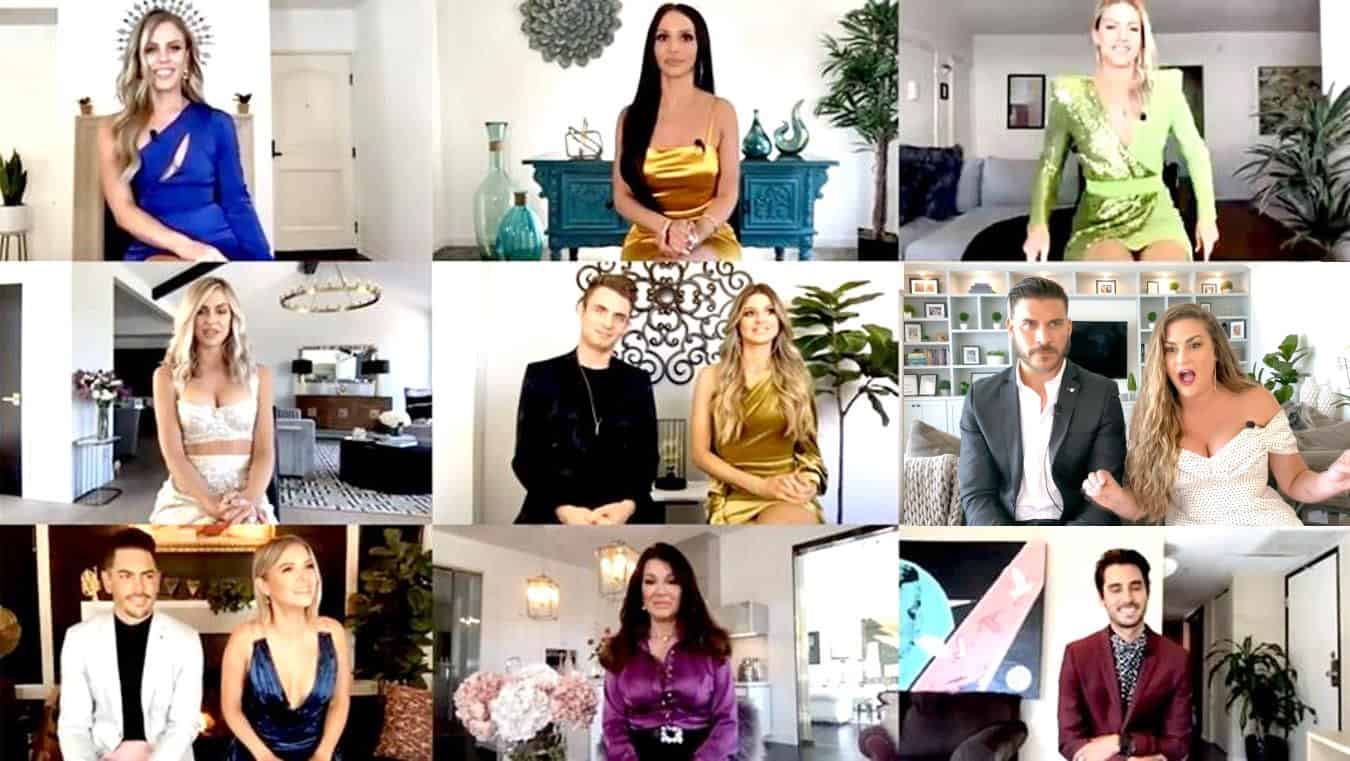 The Vanderpump Rules reunion may have been filmed virtually, but judging by the just-released trailer, there doesn’t appear to be any lack in drama.

In addition to a face-off between Stassi Schroeder and Kristen Doute, who were at odds for nearly the entirety of season eight, Tom Sandoval completely loses it on someone, likely Jax Taylor, as Jax fires back at newbie Charli Burnett for calling him a “50-year-old man” and James Kennedy calls someone a “piece of sh*t.”

“This is one of the hardest times I had to go through in my f**king life!” Brittany Cartwright, who wed Jax during the season, yells in the sneak peek clip after a number of her co-stars, including Scheana Marie, Lala Kent, and Ariana Madix, were seen wiping tears from their eyes.

Then, Stassi and Kristen are seen in a war of words as Kristen suggests her life is none of anyone’s business.

Although it is unclear who he is screaming at, Sandoval seems to address his feud with Jax when he states, “I’ve never had anybody do more f**ked up things to me in my entire f**king life!”

Ariana also appears to address their issues with Jax as she mocks someone, saying, “It’s not you, Tom, you’re insignificant!”

As the sneak peek continues, Charli shades Jax, noting that she doesn’t “even know this 50-year-old man.”

“Know your role, sweetie,” Jax fires back as Lisa Vanderpump tells him to “shut up.”

James then takes aim at someone who isn’t confirmed.

“You use everybody because you’re a piece of sh*t!” he yells.

As the sneak peek concludes, Max Boyens seemingly fesses up to hooking up with someone who no one expects.