by Lindsay Cronin May 21, 2020 54 comments
ShareTweetWhatsappPinterestRedditTumblrMailFlipboard 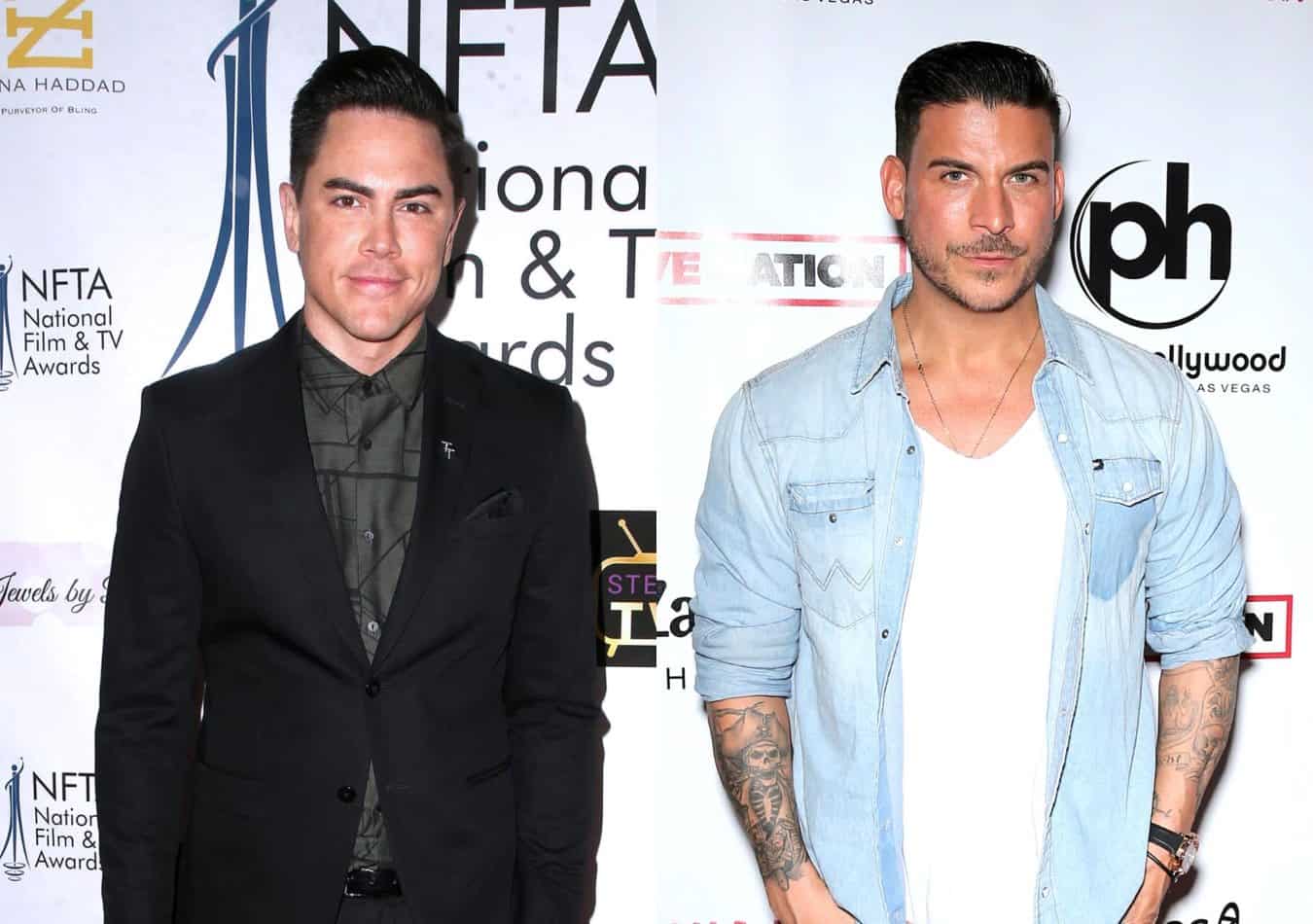 Is Tom Sandoval‘s relationship with Jax Taylor over for good?

Following the finale episode of Vanderpump Rules, both men appeared on the series’ After Show, where Sandoval accused Jax of being on a “smear campaign” against him and suggested Jax lied about him amid his wedding preparations as Jax told producers that he can’t think of anything he’s done wrong to his former friend.

“He’s on a smear campaign when it comes to me,” Sandoval said on the Pump Rules: After Show on May 19. “If you watch him in the press, he’ll go out of his way to talk negatively about me and [Ariana Madix], our relationship, who I am as a person. And it’s because of the stupid a** pool party.”

During last week’s show, Sandoval decided to throw a pool party at the same time Jax and Brittany Cartwright were hosting one of their own. Right away, Jax lost it and began sending a series of hateful text messages to his castmates.

“It’s not just the pool party. That was a tipping point for other things,” Tom Schwartz noted.

According to Sandoval, things were quite tense between him and Jax in the months leading up to his June 2019 wedding because Jax expected him to “go above and beyond.”

“It’s something that I do like to do but to act like I’m not doing a good enough job, I’m like, ‘Jax, you would never do even a microscopic amount of sh*t that people do for you. During Schwartz’s wedding what did you do? F**king nothing,'” Sandoval recalled.

In addition to expecting much more out of Sandoval than the other groomsmen, Jax also told a series of lies about Sandoval. As Pump Rules fans will recall, Jax first accused Sandoval of ignoring his calls and text messages and later suggested he didn’t care about his pre-bachelor party in Los Angeles.

“That’s a lie. And to me, that’s f**ked up. You’re going to make me out to be some a**hole and say everything’s fine to myself and then tell everybody else, ‘I don’t want to talk about it,’ and be dramatic?” Sandoval wondered.

As Sandoval explained his issues with Jax, Jax said he’s optimistic that the two of them will be able to reconcile their friendship at some point in the future.

“I’m always optimistic. I hope. Nothing is that bad to where I could never see that person again. It’s very trivial,” he explained. “I do not hate Tom Sandoval. I do not dislike him. I just think we’re evolving.”

According to Jax, he isn’t sure why Sandoval is upset with him and can’t think of any reason he would be.

“I’m sure I’ve done some things to him… [but] I can’t think of any off the top of my head right now,” he admitted.