Home Vanderpump Rules Vanderpump Rules’ Kristen Doute On Why Hookup With Jax Taylor Was Hard to Relive When Writing Book, Reveals Why Stassi Schroeder May Be Waiting to Address Their Feud and Shares New Update on Where They Stand, Talks Romance Rumors

Vanderpump Rules’ Kristen Doute On Why Hookup With Jax Taylor Was Hard to Relive When Writing Book, Reveals Why Stassi Schroeder May Be Waiting to Address Their Feud and Shares New Update on Where They Stand, Talks Romance Rumors 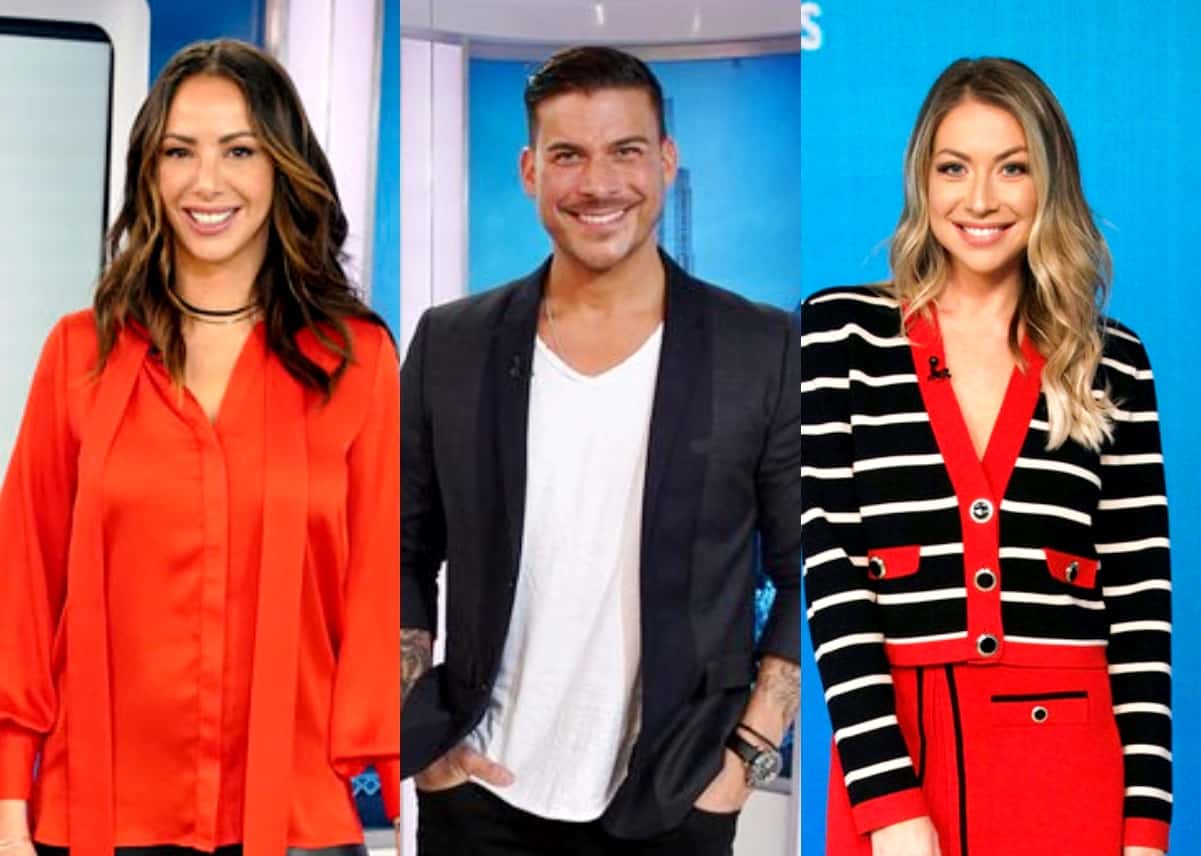 Kristen Doute knows that not all of the men in her life are going to be happy about the contents of her new book, He’s Making You Crazy: How to Get the Guy, Get Even, and Get Over It, which is due to hit stores in June.

During an appearance on Zack Peter‘s podcast on Wednesday, the Vanderpump Rules star opened up about why Jax Taylor may take issue with the publication before offering an update on her current relationship with Stassi Schroeder, revealing why Stassi may be waiting to hash things out, and addressing recent rumors regarding her potential romance with one of Tom Schwartz‘s friends.

“I sort of prepared Tom Sandoval. And he’s, you know, he gets it. We’ve kind of drilled that nail into the wall, like, as far as all of my stuff with him. And he’s knows he’s in the book a lot,” Kristen explained on #NoFilter with Zack Peter. “[Ariana Madix]’s aware that she’s in the book a lot.”

While Sandoval and Ariana know what they’re in for, Kristen isn’t so sure about how Jax will take things.

“You never know with Jax! He might not love that chapter about what happened, but it was my truth and you know, I’m not trashing anyone, I’m just being very honest,” she explained.

In her book, Kristen discusses a number of her past relationships and past hookups, but she doesn’t name anyone specifically.

“If any of the guys that are in this book want to come out and they can claim that that’s their chapter, then that’s on them. Because if I were them, I would not admit that,” she explained.

According to Kristen, it was her hookup with Jax that was the hardest thing to relive during the making of her new book.

“The Jax chapter was very difficult, which you know, I say that right away when you start reading that chapter that this is really hard because I had harbored so much guilt for so many years that I wasn’t allowed to have these feelings. Or feel anything other than, you know, apologetic and sorrow for the people that I hurt. But I also had to realize that I’m a human too and I’m allowed to have my opinion and my feelings,” she said.

After her season two hookup with Jax, Kristen’s relationship with Stassi was understandably broken, but years later, they were able to make amends. Unfortunately, the ladies have since had another falling out. As Stassi prepares to marry fiancé Beau Clark, Kristen is accepting the possibility that she may not be invited to the wedding.

“I mean, it’s definitely a possibility,” Kristen said of potentially being left off the guest list. “The last thing that I heard from her is that it’s a 50/50 chance that I was invited [to the wedding] so I’m ready to be invited but I’m also ready for the fact that I may not be.”

Looking back on their falling out, which occurred during filming on the currently airing season of Pump Rules, Kristen said that she and Stassi seem to agree that they won’t truly understand how the other person was feeling about their relationship until the rest of the season airs.

Kristen then said she’s unsure about why Stassi hasn’t yet agreed to sit down with her and hash things out but suspects it has something to do with the fact that they are in different places in their lives.

Kristen also suspects Stassi may be holding out on making up with her until the Pump Rules reunion.

“Maybe she is doing her job and kind of waiting for [the reunion]. I, personally, like, these are my real friendships, my real relationships, so although we can hash it out there, I just feel like when we’re both ready, we can just talk,” Kristen shared.

While Kristen would love for Stassi to reach out to her prior to the taping, she understands that she’s quite busy at the moment and appreciates the pleasantries they’ve exchanged over the past several months.

“We’ve talked a little bit. She’s been very gracious about my book and successes in my home. I always send her a congratulatory text, when I found out she and Beau bought the house and, you know, they finally found their where they’re getting married. I’m always constantly letting her know, ‘I’m still thinking about you,'” Kristen explained.

“I don’t want the same friendship that I had with them, but I’m open to something better, or new. Or different. With some growth and some change,” she added.

As for the rumors of a potential romance with one of Schwartz’s best friends, Kristen confirmed she’s still single.

“I don’t have a boyfriend. I am dating. That boy is someone that I’m hanging out with and we’re just like having fun. I don’t need a boyfriend right now. I’m not — I mean maybe one day he will be my boyfriend, or maybe it’ll be someone else. You know, I’m kind of just riding the wave,” she revealed.