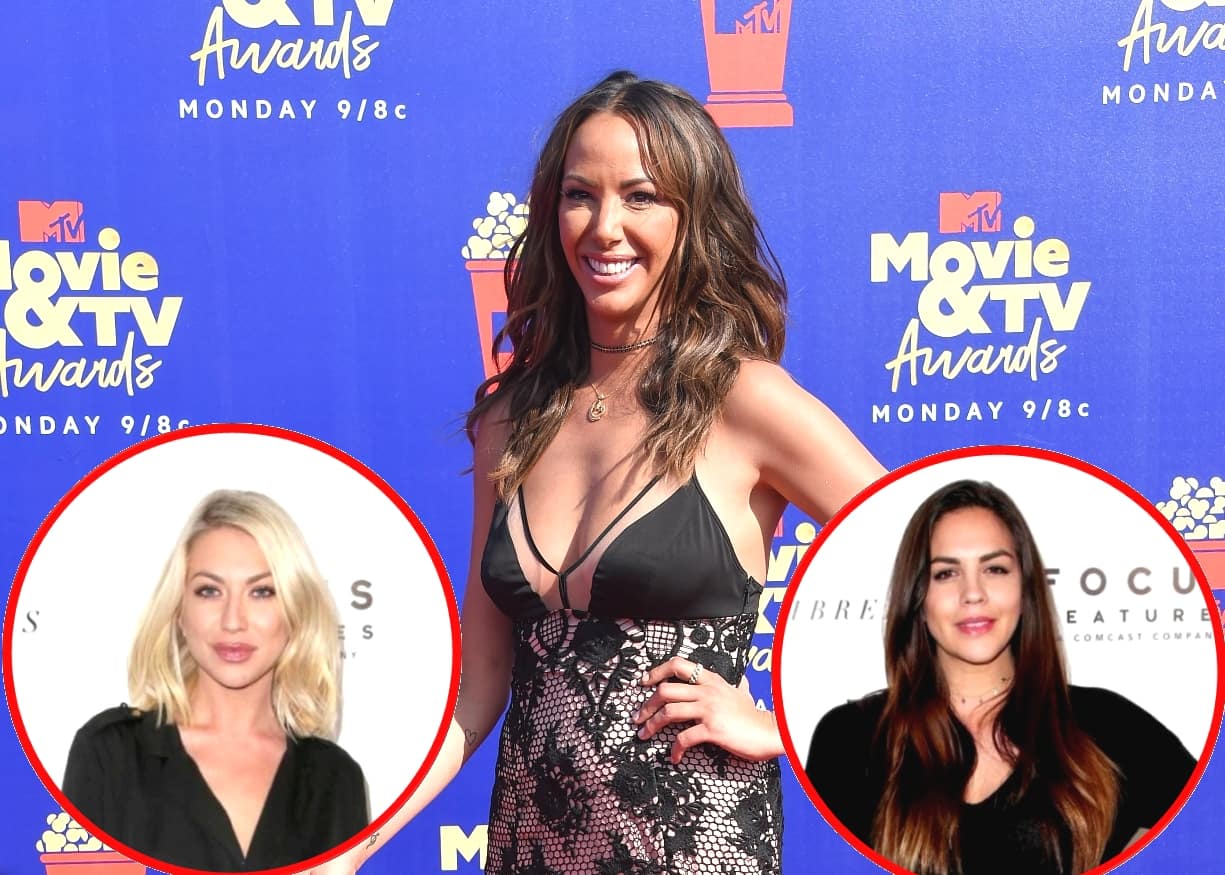 Kristen Doute opened up about her drama with Stassi Schroeder and Katie Maloney while appearing on her friend Rachael O’Brien‘s podcast, Be Here for a While, last week.

After Stassi said on her own podcast, Straight Up With Stassi, that she needed a “break” from Kristen and could no longer be in the same room as her, the Vanderpump Rules cast member spoke about the drama between them before dishing on her recent split from Brian Carter.

“Everyone knows, we’ve clearly had a falling out,” Kristen explained. “That’s where we are in this moment. It’s on social media. I wasn’t at Stassi’s engagement. We can’t talk about it too much. We will talk about it on Vanderpump Rules.”

According to Kristen, Stassi and Katie have made her feel that she needs to continuously make up for the fact that she was a “toxic friend” to them many years ago, but she admitted that she doesn’t fully comprehend why she is at odds with the two of them. She then suggested that their current issues may have something to do with her relationship with Carter, who both Stassi and Katie spoke out against during Pump Rules season seven.

“I don’t totally understand it and hopefully I will find a way to understand it and also find peace with it. Because it is really hard,” she  stated. “Especially going through my breakup with Carter that I am sure lasted far too long for so many people, but it was my f**king relationship.”

“So I’m so sorry it was so hard on so many people,” Kristen added, sarcastically.

Following Kristen and Carter’s breakup in February, the reality star said she and her now-ex were stuck in a weird “limbo” that “didn’t work for everyone” before calling it quits for good last month in an effort to salvage their friendship.

“I didn’t want it to get ugly,” Kristen noted.

“It was a pretty sh**ty summer, emotionally, [but] I think I held it together as well as I could considering the girls and Carter, and with family things, it was just a lot at one time,” Kristen continued.

Luckily, Kristen feels she’s come out on top and realized which of her friends are “real.”

“The greatest thing that I’ve taken from it thus far is that I’ve actually realized the people that really matter in my life,” she explained.