Home Vanderpump Rules Vanderpump Rules’ Stassi Schroeder On Why She Needed a “Break” From Kristen Doute, Talks Feud and Reveals If She Still Cares About Her Former Bestie

Vanderpump Rules’ Stassi Schroeder On Why She Needed a “Break” From Kristen Doute, Talks Feud and Reveals If She Still Cares About Her Former Bestie 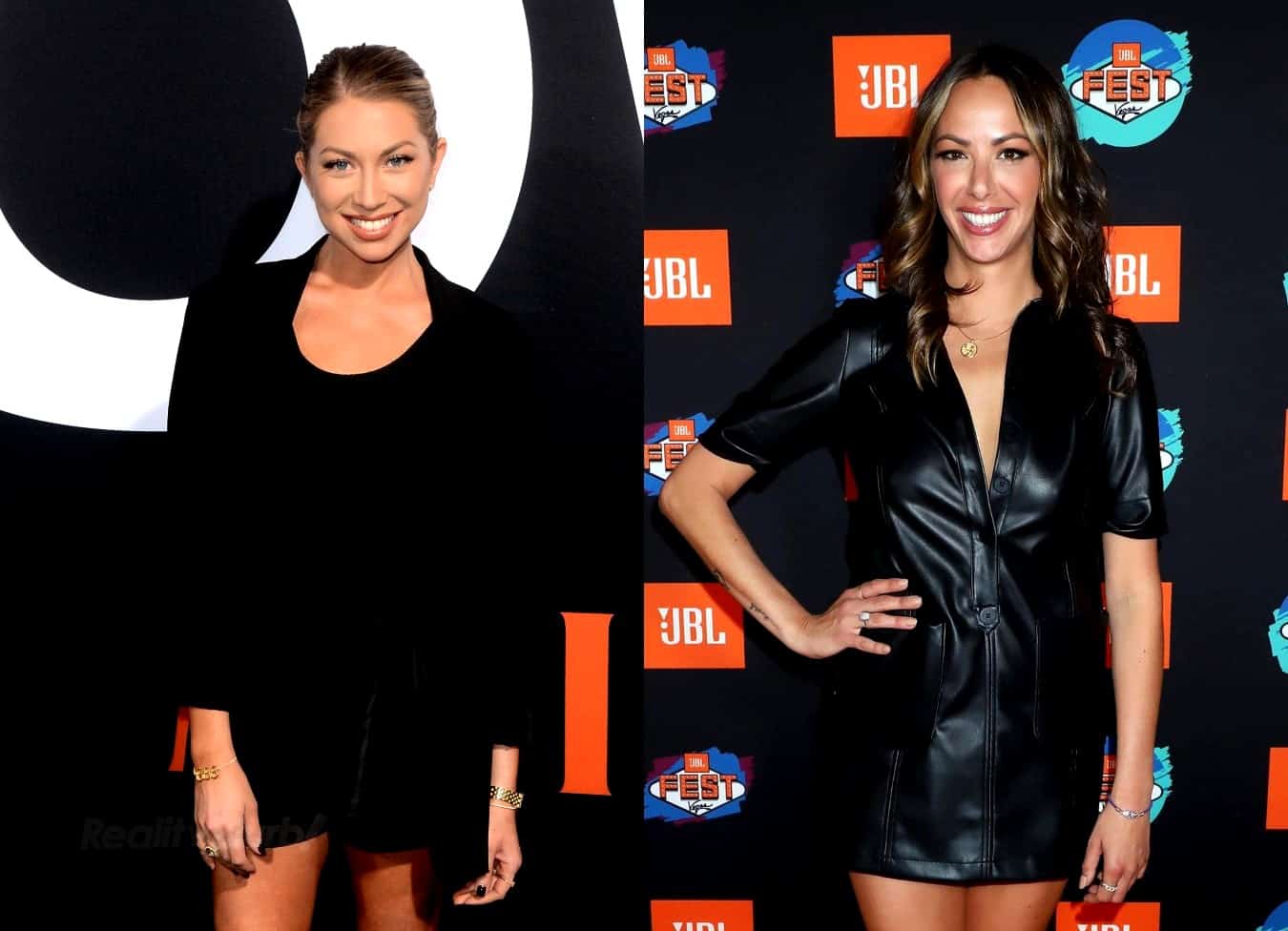 During a recent episode of her podcast series, Straight Up With Stassi, the Vanderpump Rules star opened up about the recent suspicions surrounding her friendship with Kristen. She revealed why she needed a break from their friendship as a new report details what went down when Stassi and Kristen attended the same event over the weekend.

Stassi told her listeners on October 11 that Kristen is feuding with “some” cast members of the show and noted that it was awkward filming season eight alongside her co-star amid their messy feud.

“Obviously, you know I can’t f–king say anything but obviously everyone’s instincts are right,” said Stassi on her podcast, before going on to admit that Kristen is on the outs with “some” other cast members and not just her, and that having to film the recent opening credits for the new season was very “awkward.”

Stassi then confirmed that Kristen was indeed absent during her engagement party to Beau Clark as the party took place just weeks after rumors of their feud first began making the rounds. Then, weeks later, when Stassi and Katie Maloney skipped an event for Kristen’s T-shirt line, James Mae, those rumors were further fueled.

Still, Stassi isn’t quite certain when it comes to who is to blame for her and Kristen’s falling out, but she explains why she needed a “break.”

As for her current thoughts on Kristen, Stassi said that while she wants to “kill” her ex-friend at the moment, not all love has been lost between them.

“It doesn’t mean that I don’t care about her, I absolutely do,” she explained. “It’s just sometimes, you just can’t be in a room with someone without wanting to kill them.”

One day after the Straight Up With Stassi episode, Stassi and Kristen came face-to-face at a cancer event at SUR Restaurant to support their friend Jared. An insider described the distance between them.

“Kristen and Stassi didn’t speak, but they had no problem being in the same room together,” a source told Hollywood Life. “Kristen hung out with Brittany Cartwright most of the time. There was no drama there and you couldn’t tell the two were even feuding. Stassi stuck close to her fiancé Beau and all the girls graciously posed for photos with fans.”

“Everyone was able to put aside any differences for the day,” the insider added.