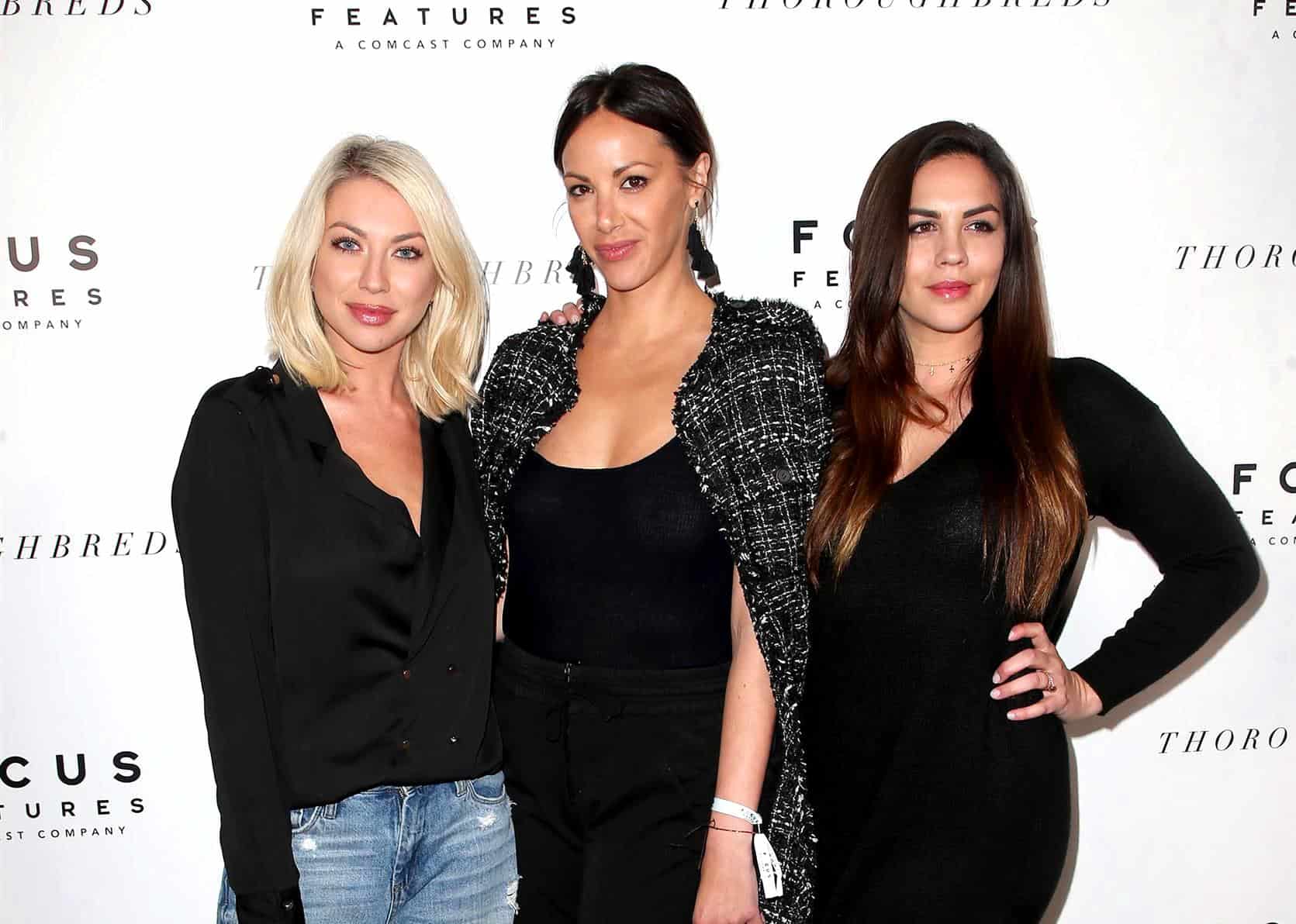 Stassi Schroeder‘s mom, Dayna Schroeder, may have just confirmed that Kristen Doute is currently at odds with her Vanderpump Rules co-stars.

Following an alleged fight at the Kentucky wedding of Jax Taylor and Brittany Cartwright, Dayna shared a photo on Instagram that featured Stassi celebrating her engagement to Beau Clark at a party at Lisa Vanderpump‘s home in Beverly Hills, which Kristen did not attend.

“Couldn’t be happier for my little girl!!!! Best day of her life! Congratulations Nastassia & Beau!!!! Thank you Lisa for absolutely everything you did to make this happen, you are incredible!!!” Dayna wrote in the caption of her photo.

After Dayna posted this photo, a fan wrote to her. The fan asked if Dayna was upset that Kristen wasn’t present at Villa Rosa for Stassi and Beau’s engagement party.

“Dayna were you sad Kristen wasn’t there? I know you two are close!” the fan wrote.

“Yes, quite sad,” Dayna responded. “But I didn’t really know all the particulars. So I was out of the loop for awhile. Don’t you worry, it’s like Lion King and the circle of life. ….each one of these girls will grow, change and come back to their original strong friendship bond that they’ve always had. Somethings just take time.” 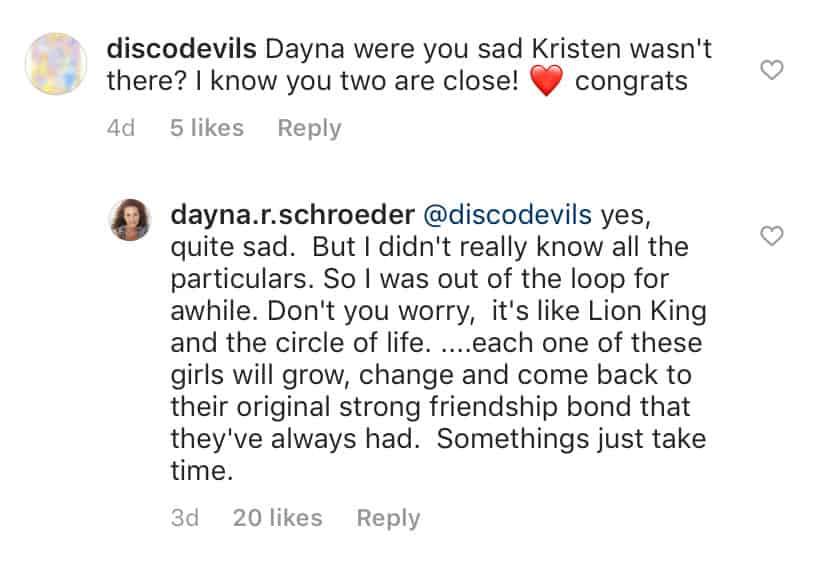 Just before Stassi and Beau confirmed their engagement on Instagram, Stassi and Kristen hinted at tension while launching their new wine line, Witches of WeHo Potion No. 2 Basic Witch Rosé, with Katie Maloney.

“There are ups and downs. I’m not gonna lie,” Stassi told Us Weekly of their collaboration at the time.

As for what “stuff” that may be, rumors have circulated online that Kristen was involved in a fight with her Vanderpump Rules co-stars at Jax and Brittany’s wedding after she chose to bring her on-again, off-again boyfriend, Brian Carter, to the event.

As some may have heard, Lance Bass discussed the potential blowout during an appearance on Watch What Happens Live weeks ago.

“Did you see any explosive fights or any crazy hookups between the cast members?” host Andy Cohen asked on the show.

“I did, and I’m pleading the fifth,” Lance replied.