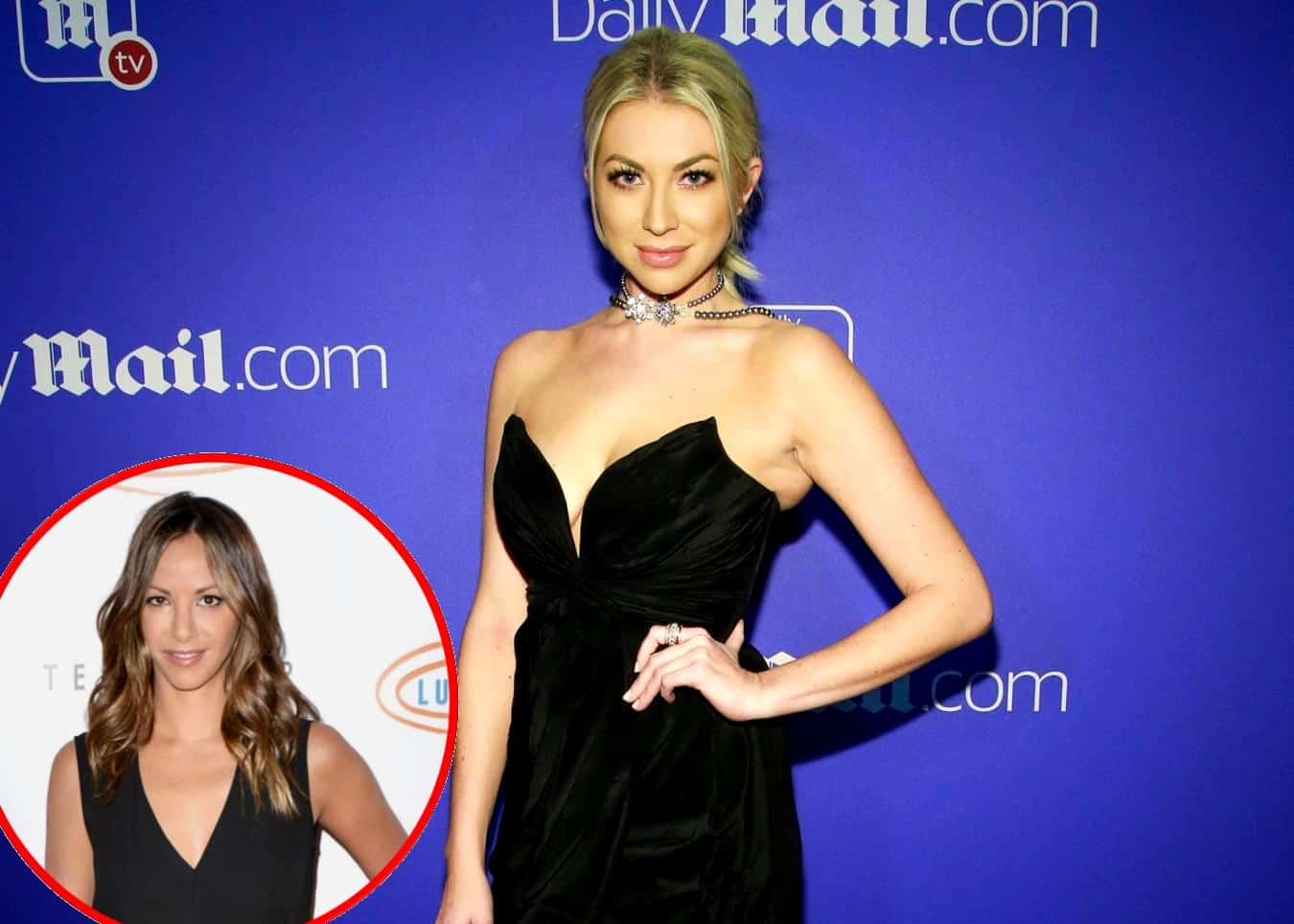 Stassi Schroeder is teasing the upcoming “drama” that is to come on Vanderpump Rules amid her latest feud with Kristen Doute. The newly engaged Bravo star also dished on her new co-stars before teasing fans of a 2020 wedding and revealing if she will get married on air.

During the latest episode of her podcast series, Stassi admitted that she feels very different now that she’s sporting a diamond ring on her finger, weeks after her fiancé, Beau Clark, proposed to her.

“I do feel different. I have an engagement ring on. I have this ring that’s just a part of me now. There’s like a greater sense of responsibility. I have a feeling of safety and comfort in knowing I can do whatever I want to do,” Stassi explained on Straight Up With Stassi.

Stassi and Beau got engaged on July 31 amid filming on the eighth season of Vanderpump Rules, and they enjoyed an over-the-top engagement party at Lisa Vanderpump‘s Beverly Hills home shortly thereafter.

Now, nearly two weeks after Beau’s proposal, Stassi is nearing the end of production on the show’s new season amid a new shocking feud with Kristen. While Stassi didn’t mention Kristen by name, days after snubbing her event, she did address the drama from the upcoming season.

“I have a few days left,” Stassi revealed. “My brain is mush. My emotions are shot. I have no energy. The drama is killing me. I can’t anymore. I can’t talk about this sh*t anymore. I’m literally dead inside.”

After Beau, who was also present during Stassi’s podcast, pointed out that season seven was “so much more fun,” Stassi said she’s been enjoying the time she’s spent with her new co-stars, who she said were “mid-20-year-olds.”

“Every year we have some new people coming into the show. Obviously, I can’t say too much,” she shared, adding that she likes them “a lot.”

As the podcast episode continued, Stassi shared plans to get married in 2020 and confirmed her wedding would be featured on an upcoming season of Vanderpump Rules.

“I want to get married next year because I really want to have a baby. And I don’t want to be pregnant at my wedding and I don’t want it to be right after I had a baby because then I don’t look my best,” she reasoned.

According to Beau, he and Stassi were “trying, but not trying” to have a baby before their engagement.

“I care about a baby more than I care about getting married. That is what’s most important to me. And when I thought you weren’t proposing, I’m like, ‘Well listen, I’m getting older and I am going to take my life into my own hands,’” Stassi recalled. “So that’s what that was. But now, I’d like to look really hot on my wedding day so I have to hold off on a baby.”

Although Stassi didn’t reveal an exact date for her wedding, she said she and Beau recently watched Katie Maloney and Tom Schwartz‘s August 2016 wedding, which aired on a February 2017 episode of Vanderpump Rules, because their nuptials will “obviously” be featured on the show as well.