by Lindsay Cronin May 14, 2020 100 comments
ShareTweetWhatsappPinterestRedditTumblrMailFlipboard 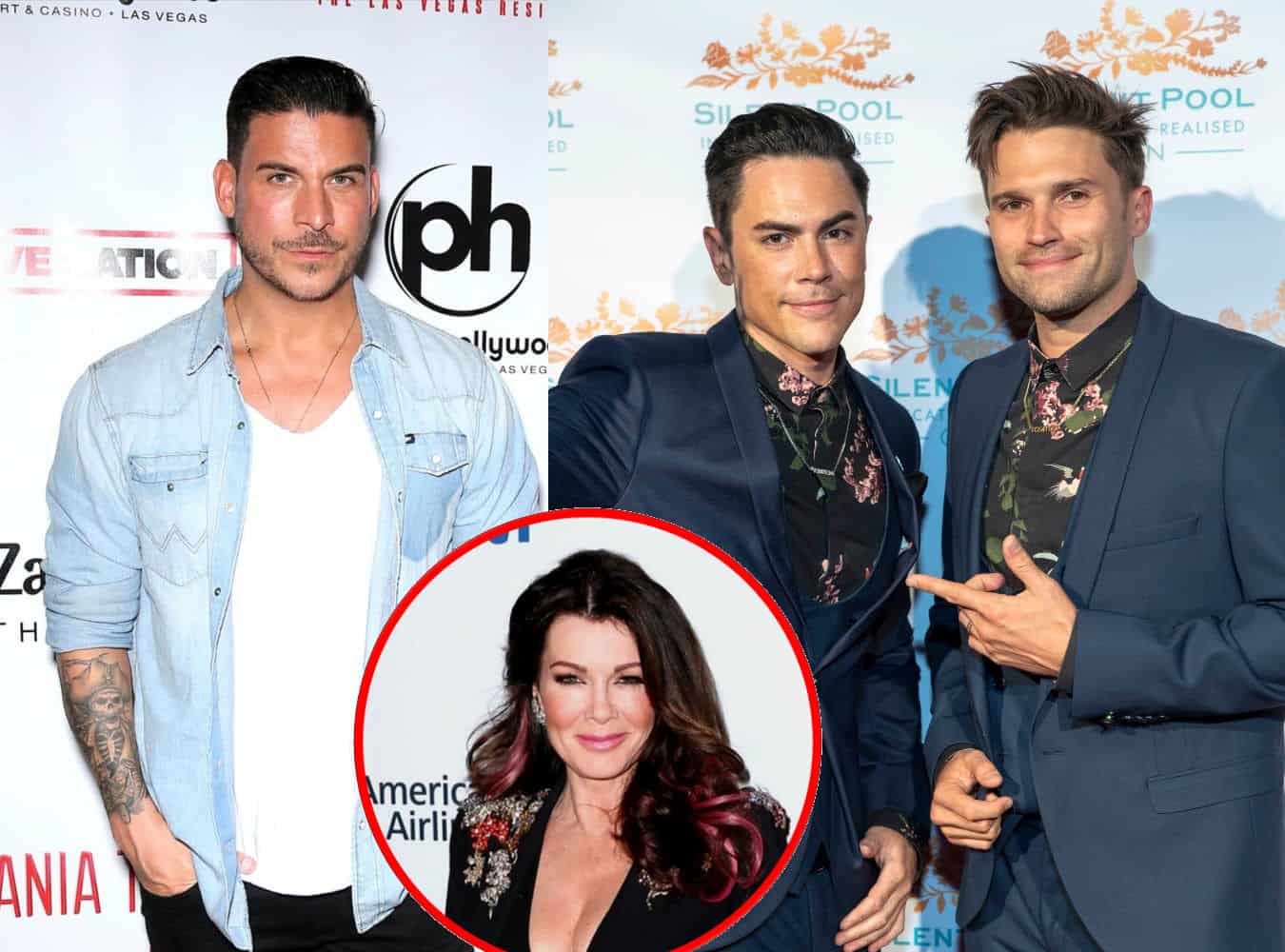 Jax Taylor claims he’s not at all envious of Tom Sandoval and Tom Schwartz‘s bar and restaurant, TomTom.

While some have assumed that Jax was bummed when Lisa Vanderpump chose Sandoval and Schwartz to go into business with, the Vanderpump Rules cast member made it clear on Wednesday that he wouldn’t have wanted to be a part of the venue because he considers it to be an alleged “money pit.”

After sharing a photo of himself napping with his two dogs earlier this month on Instagram, Jax responded to a fan who suggested he should have gotten a chance to own his own restaurant or bar after turning his life around with an interesting response.

“Hate the fact that Tom and Tom have prospered with that business and that yes you’ve made mistakes in your life but you’ve turned yourself around and you own everything that you’ve ever done and you should have a restaurant or bar that’s yours… you need to find an investor to help make that happen and leave the others behind,” wrote the fan. “I think you and [Brittany Cartwright] would be happier in the long run. Don’t know you but I’m proud of you.”

“I would never want to own a bar in Hollywood it’s a money pit. It never ends up well. But thanks,” he wrote. 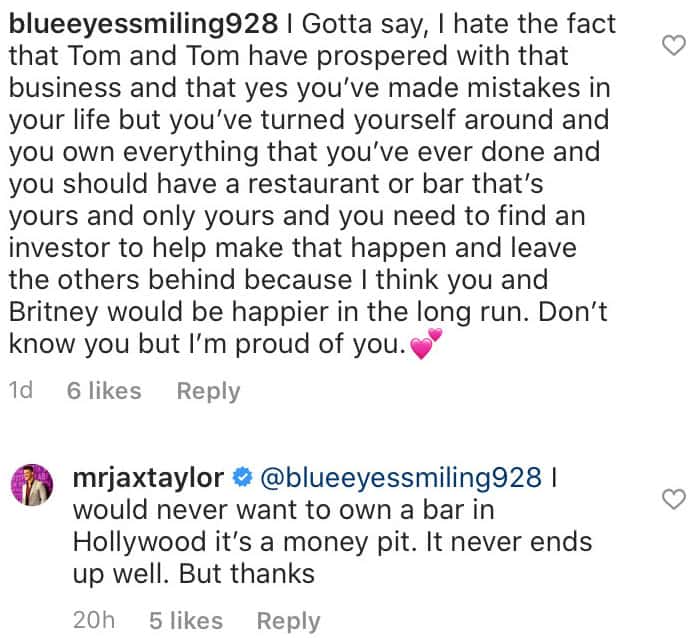 Jax and Sandoval have been at odds since last summer when season eight of Pump Rules was filmed. Just last week, Sandoval spoke to the Betches’ Mention It All podcast about the way in which Jax was continuing to bash him publicly.

“[Jax] can be very obsessive and compulsive with [Kristin Doute] as well and about me… I don’t know what his obsession is,” Sandoval shared.