Home Vanderpump Rules Tom Sandoval Dishes on “Emotional” Vanderpump Rules Reunion, Slams Jax Taylor as “Compulsive” and Suggests Jax Has “Obsession” With Him, Plus He Reacts to Lala Saying He’s Not Her “Cup of Tea”

Tom Sandoval Dishes on “Emotional” Vanderpump Rules Reunion, Slams Jax Taylor as “Compulsive” and Suggests Jax Has “Obsession” With Him, Plus He Reacts to Lala Saying He’s Not Her “Cup of Tea”

by Lindsay Cronin May 8, 2020 20 comments
ShareTweetWhatsappPinterestRedditTumblrMailFlipboard 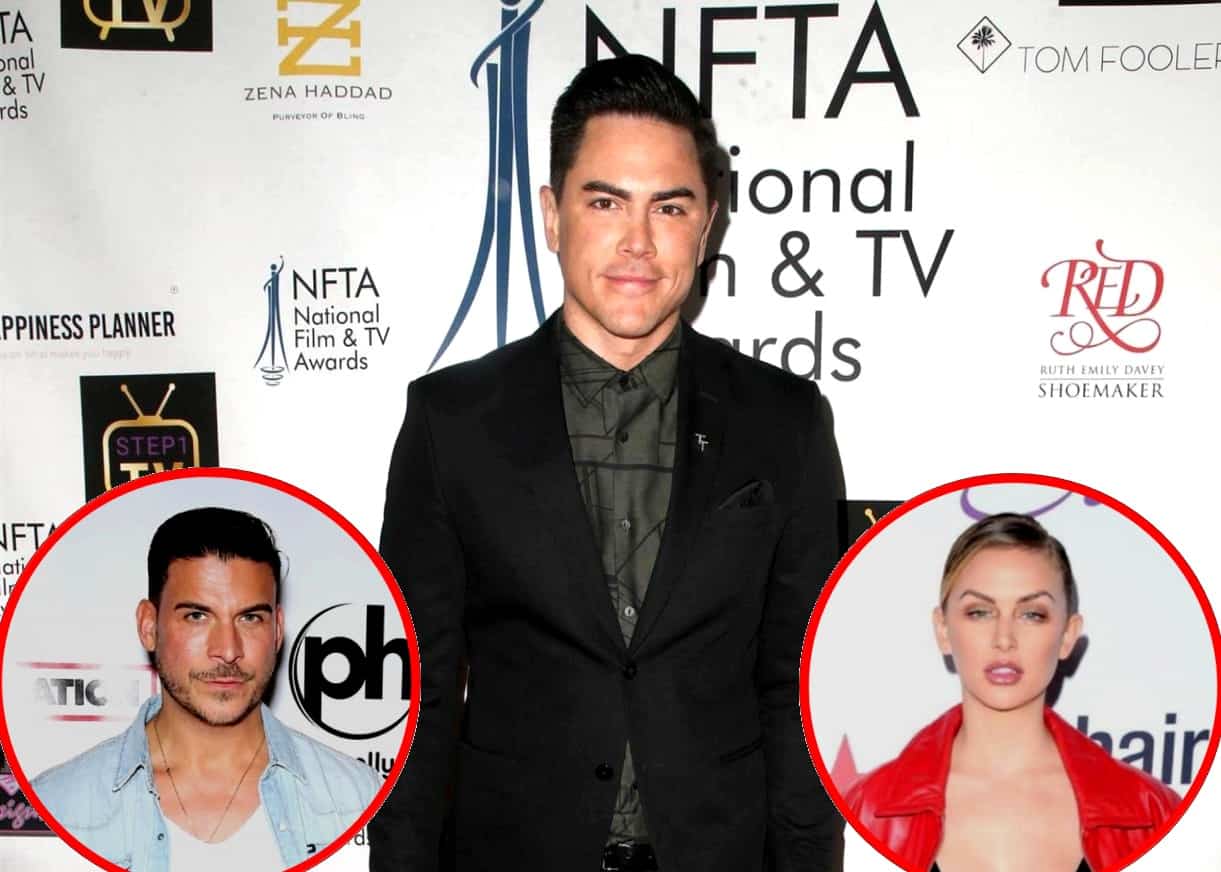 Tom Sandoval is opening up about the recent taping of the Vanderpump Rules reunion.

One week after he and the cast reunited virtually with host Andy Cohen, Sandoval shared details about the “emotional” filming, took aim at his former best friend Jax Taylor for being “obsessive” and “compulsive,” and reacted to Lala Kent‘s recent comment about himself and Ariana Madix not being her “cup of tea.”

“[The reunion] was definitely very emotional. Some people owning up to certain things, a lot of people being self-aware. Some, not so much. Some not continuing to evolve as human beings,” Sandoval said on the May 7 episode of Betches’ Mention It All podcast.

One thing that was surely discussed during the taping was Sandoval’s falling out with Jax. While Sandoval didn’t reveal details about their assumed conversation, he did have a number of things to say about Jax’s ongoing rants against him and other members of the show.

“[Jax] can be very obsessive and compulsive with [Kristin Doute] as well and about me… I don’t know what his obsession is,” Sandoval shared.

While the two of them used to be the best of friends, Sandoval no longer considers Jax to be a safe place.

“Even if there was any sort of issue with me and Ariana I would not be talking to Jax about it. He would use it as a punchline in a joke. So he’s just not a safe place,” Sandoval explained, adding that there are “no issues” between him and Ariana.

In addition to Sandoval’s issues with Jax, he and Ariana also had a falling out with Lala during season eight. Last month, Lala also said the two of them are not her “cup of tea.”

“Went through a little bit of a rough patch throughout the season but you’re just going to have to wait and see,” Sandoval teased of the diss.

Looking forward to next season of Pump Rules, Sandoval admitted that the current cast feels “a little big” before noting he’s unsure of the direction the show will take during season nine.

“When it comes to the show and this group of friends…I don’t know…of course I see big changes, I just don’t know where they’re going to come from,” he said.