Home Vanderpump Rules Vanderpump Rules Star Lala Kent Explains Why Tom Sandoval and Ariana Madix Are Not Her “Cup of Tea,” Shares How Jax Taylor Goes “Crazy” and Spirals Later in the Season

Vanderpump Rules Star Lala Kent Explains Why Tom Sandoval and Ariana Madix Are Not Her “Cup of Tea,” Shares How Jax Taylor Goes “Crazy” and Spirals Later in the Season 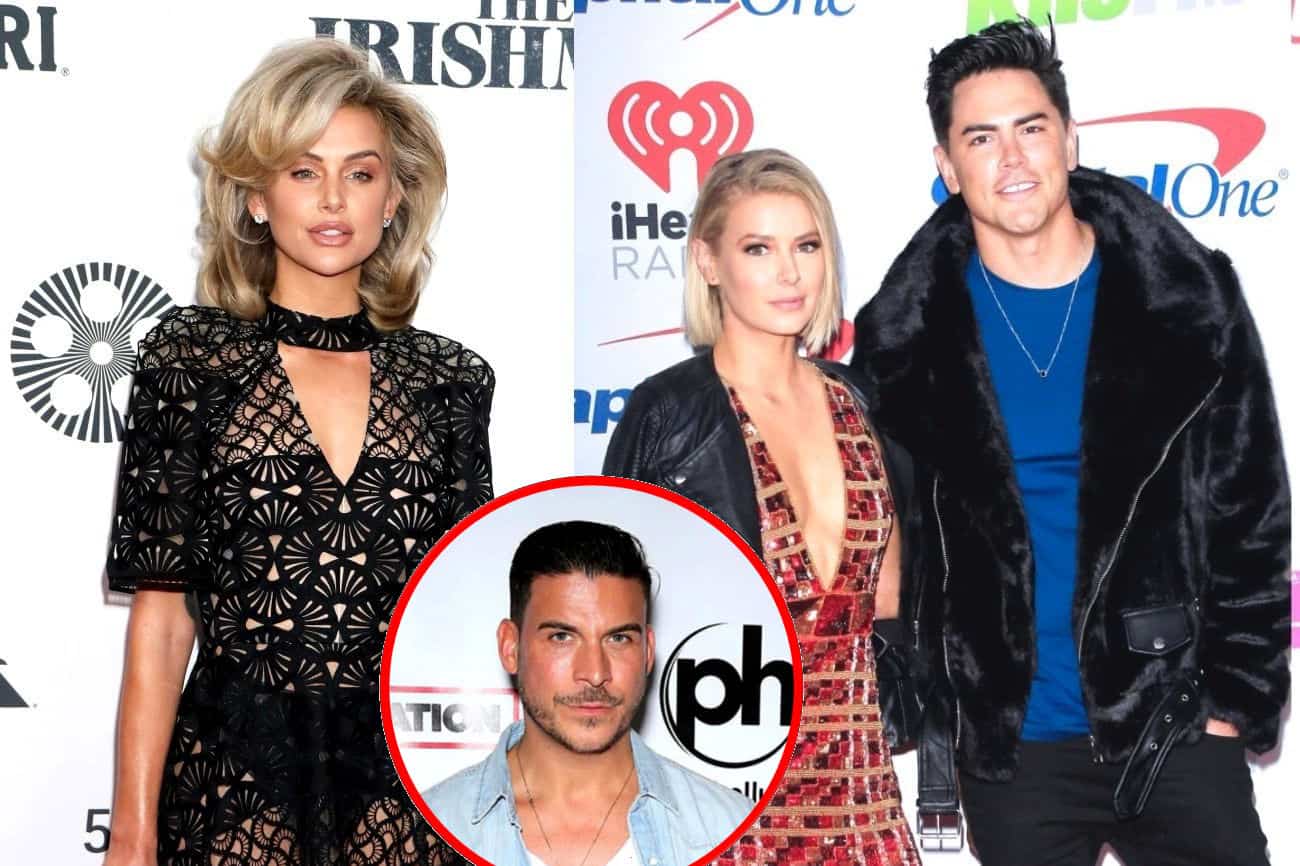 The Vanderpump Rules star shared in a new interview why she’s become so upset with the couple and foreshadows what’s to come later this season (hint: it might involve someone named “Jason”).

“I think Tom and Ariana are really great people. And you know, they were there for me when I was struggling, but that’s just their M.O. They seem to only appear for you when you’re really, really struggling,” Lala told PEOPLE Now in a new interview. “[I] need a friend whether I’m struggling or thriving. I just hate this way that they think it’s their way and nobody else’s way and everything turns directly back on to them and it’s like … how is this happening?”

Ariana recently stood up for Raquel Leviss in several interviews, defending her against Lala’s attacks on the show, and slamming Lala for “projecting” her issues onto Raquel. Tom also recently alleged that it was Lala’s publicist who advised a friendship with Stassi Schroeder and Katie Maloney to leverage her position on the show.

All this news could obviously irritate Lala, but she seemed to fret more about Ariana’s treatment of her at last season’s reunion and how she insensitively spoke about her father’s death.

Lala also lamented about Tom and Ariana being on Kristen’s side now that she’s struggling amid her ongoing feud with Katie and Stassi.

“It’s like, how convenient, she’s struggling and there you are, ready to be her best friend,” she scoffed. “They’re great people, they’re not for me, but that’s fine. I’m not everyone’s cup of tea and they’re not my cup of tea.”

Lala also revealed — as we’ve seen in the midseason trailer — that Jax Taylor indeed goes back to his alter-ego “Jax” ways, while “Jason” (Jax’s legal birth name and supposedly more balanced, kind self) gets lost.

“Jax goes …. crazy,” she stated. “He definitely spirals later in the season. I don’t wanna give too much away but … he definitely gets back to being ‘Jax’ for a hot second.”

Lala explained how, with Jax and Brittany Cartwright‘s fairytale wedding this season, she definitely saw a softer, more “Jason-y” side to the reality star and was hoping that would last.

“When he got married it was like, aw, I can see that you’re like from a little small town, grew up totally normal and wanted a like, classic marriage,” she said.

Randall Emmett, Lala’s fiancé, was with her during the interview and butted in to defend how Jax “loves being married.” Lala ultimately agreed, but she noted how “in the season” of the show, he started”tornado-ing.”