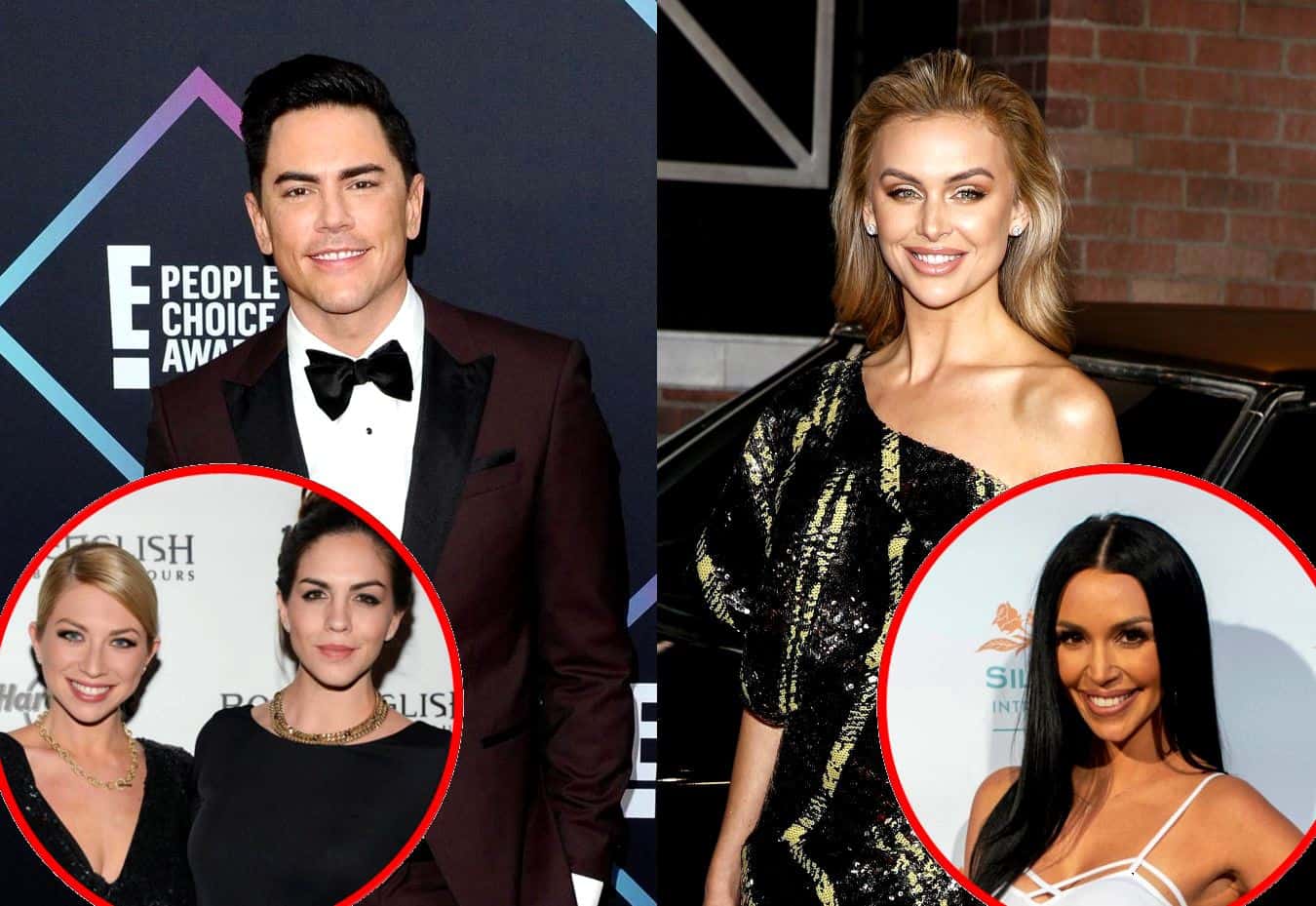 Tom Sandoval claims it is Lala Kent‘s publicist who is responsible for her friendships with Stassi Schroeder and Katie Maloney.

During an appearance alongside girlfriend Ariana Madix on their Vanderpump Rules co-star Scheana Marie‘s podcast, Sandoval opened up about what he learned from the publicist and shared new details about his feud with Stassi at TomTom earlier this season before Scheana confirmed she and Ariana were left out of Lala’s wedding party.

“[Lala’s] publicist said that was definitely a move she was making,” Sandoval claimed on Wednesday’s episode of Scheananigans. “Two or three years ago, she decided it was a good decision for her on the show to be friends with Katie and Stassi… not saying that there is not legitimacy in them being friends now.”

Scheana and Ariana also agreed with Tom, stating that they had heard the same. As fans of Pump Rules well know, Lala was only friends with James Kennedy when she first joined the show during season four. Then, as the show continued, she grew closer to Stassi and Kristen and now travels with the two of them frequently.

Looking back at the drama between him and Stassi, Sandoval said he was targeted with a full-on “gang up” by people who didn’t understand why he had sent a rage text to Stassi the night before her book launch was set to take place at his restaurant.

“Yeah I sent a text message I shouldn’t have sent but there’s a lot of history that went into that,” he added.

Later in the episode, Scheana revealed that she and Ariana were left out of Lala’s wedding party before suggesting that Lala has a bizarre allegiance to the other girls.

“It’s like how we’re not in Lala’s wedding, and that’s totally fine. It’s her wedding it’s her day… have whoever you want in it. But we were the two people who were friends with her first [and] now we’re the two people she’ll pop off on,” Scheana explained. “It’s never Katie or Stassi. I feel like there’s this weird [thing] where they have a pact to not call each other out or something.”

“Maybe it’s just easier to pop off on me or [Scheana], because me or you, no one else jumps down their throat,” Ariana replied.

Ariana then suggested that it is easy for the other cast members to lash out at her or Scheana because no one would have their backs, except for the two of them.

“If I were to pop off on Katie or Stassi or Lala, I’d have 10 people jumping at me but if somebody pops off on me, it’s just [us],” she suspected.

“I understand wanting to stand up for your friend. That is a real-life emotion,” she continued. “But, I think it shouldn’t be so black and white because with our show, most situations there’s no clear right or wrong. I think there has to be a little more talking about the gray area. I understand if someone sees their friend upset wanting to stand up for them but also not turning it into a gang up.”