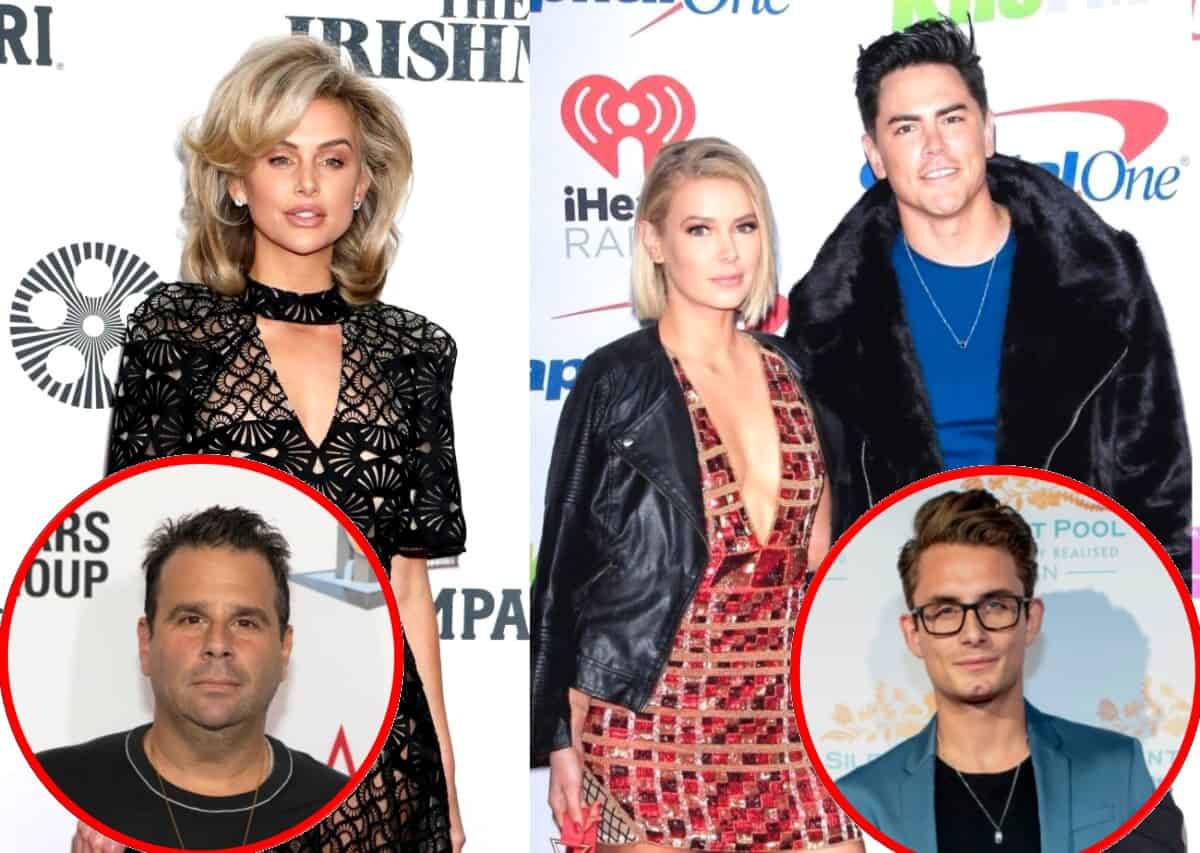 Lala Kent recently went off on Tom Sandoval and Ariana Madix on Instagram Live and during an episode of her podcast with fiancé Randall Emmett, she explained why she did so.

Before welcoming Vanderpump Rules co-star James Kennedy to the show to discuss his role in their April wedding and his thoughts on Lala’s role as a stepmom to the two daughters Randall shares with ex-wife Ambyr Childers, Lala admitted to going “ape-sh*t” on Sandoval and Ariana after Sandoval suggested she wasn’t a good friend.

“I just went ape-sh*t on Tom Sandoval and Ariana. I was firing. I went insane on [Instagram] live. I really did,” she explained on Give Them Lala… With Randall.

According to Lala, she didn’t like the way Sandoval approached Jax Taylor and Brittany Cartwright about their pastor’s anti-LGBTQ posts on his Facebook page and found it hypocritical that they were so concerned about Jax and Brittany cutting ties with him but remained friends with Max Boyens after a number of his racially-charged tweets were exposed.

“It bugged me about the pastor. It’s like, ‘Your friend Max commented some pretty racist tweets and Brittany has a biracial nephew. So, should we be questioning why you’re still friends with Max?’ It really triggered me,” Lala shared. “I went on this tangent [but] I only left it up for 40 minutes and then I deleted it. Like, if you saw it, you saw it, if you didn’t, you didn’t.”

During Lala’s Instagram Live rant, which was captured by a fan on YouTube, she lashed out at Ariana for failing to be there for her when her father died and slammed Sandoval for comparing his father’s hospitalization to the sudden death of her dad. That said, when she looked back on the rant on her podcast, she said Sandoval and Madix were still “family.”

“They are my dysfunctional family. If anyone else goes toes with them who isn’t part of our crew, I will bust somebody up,” she stated.

Once James joined the podcast, Randall, who was calling in from Puerto Rico where he’s directing a new movie with Megan Fox and Machine Gun Kelly, surprised the newly-sober DJ by requesting he appear in a half-hour set at their reception. Randall also told James he respected the progress he’s made after getting sober last year and is “proud” of how far his friendship with Lala has come.

As for James’ thoughts on Lala as a stepmom, he enjoyed seeing that aspect of her life after visiting the home she shares with Randall to film the podcast.

“I think it suits her really well actually. She’s busting up around the house and playing with them. [The kids] were so nice. They are so sweet,” he said.

“The [kids] warmed up to James really quick. [London] pulled out the Tik Tok for him to show him what’s up,” Lala added.