Vanderpump Rules’ Lala Kent Fires Back at Tom Sandoval for Suggesting She’s Been ‘Two-Faced’ to Ariana Madix, Suggests They Aren’t Real Friends and are “Projecting” 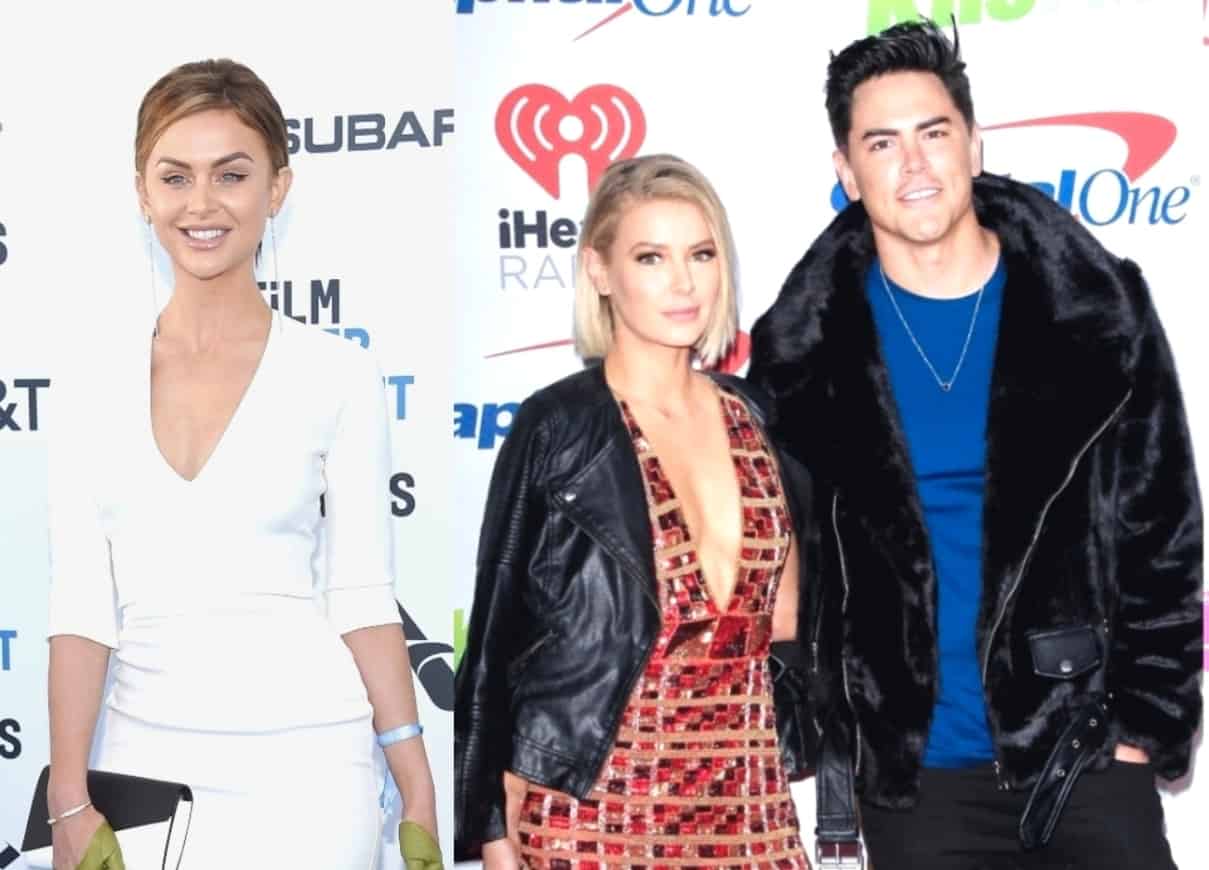 Lala Kent gave Tom Sandoval and Ariana Madix a piece of her mind on Instagram over the weekend.

After seeing that Sandoval had suggested she was two-faced after watching her speak to Ariana about her thoughts of suicide during an episode of Vanderpump Rules last month, Lala defended herself and her co-stars before taking aim at the couple for failing to be a safe place for their co-stars and making everything about themselves.

“We are a safe place. Whenever any of us really are down in the f**king dumps or when we are thriving, this group is there through thick and thin,” Lala began in an Instagram Story.

During an interview with Entertainment Tonight, Sandoval said, “One second [Lala’s] totally OK with people saying mean nasty things about Ariana that are completely not true and talking negatively about her and then sort of [got] emotional and [said], ‘This is a safe place.’”

“It’s like, girl you are apparently not a safe place,” he added.

Although Lala acknowledged that Sandoval and Ariana had her back when no one else wanted to hang out with her during her early moments on Pump Rules, she said they disappeared from her life after she formed friendships with their co-stars. Then, after her dad died, Ariana failed to be there for her.

“As I was losing my mind needing somebody like Ariana, who had lost a parent before, to defend me… She was telling me to toughen the f**k up,” Lala recalled. “Does that sound like a safe place to you? I don’t think so.”

According to Lala, Ariana had the opportunity to apologize to her at the season seven reunion after Andy Cohen questioned her about whether or not she regretted telling Lala to toughen up. But instead of apologizing, which Lala said Ariana and Sandoval are “incapable of doing,” the couple “managed to flip it on themselves again.”

Lala then took aim at Sandoval for comparing his father’s past hospitalization to the death of her dad.

“Can you still call him right now? Like if you were to need your dad could you pick up your dad and call him? Yes, motherf**ker, you could,” she stated. “Don’t you f**king dare pretend that you know what it’s like to have your dad die.”

While Sandoval suggested Lala wasn’t a safe place for Ariana, Lala said it was Sandoval and Ariana who aren’t safe and slammed them for playing victims.

“For them to sit there and think that they are just untouchable and it’s everyone else’s fault, y’all are not the safe place. Stop projecting onto us,” she advised.