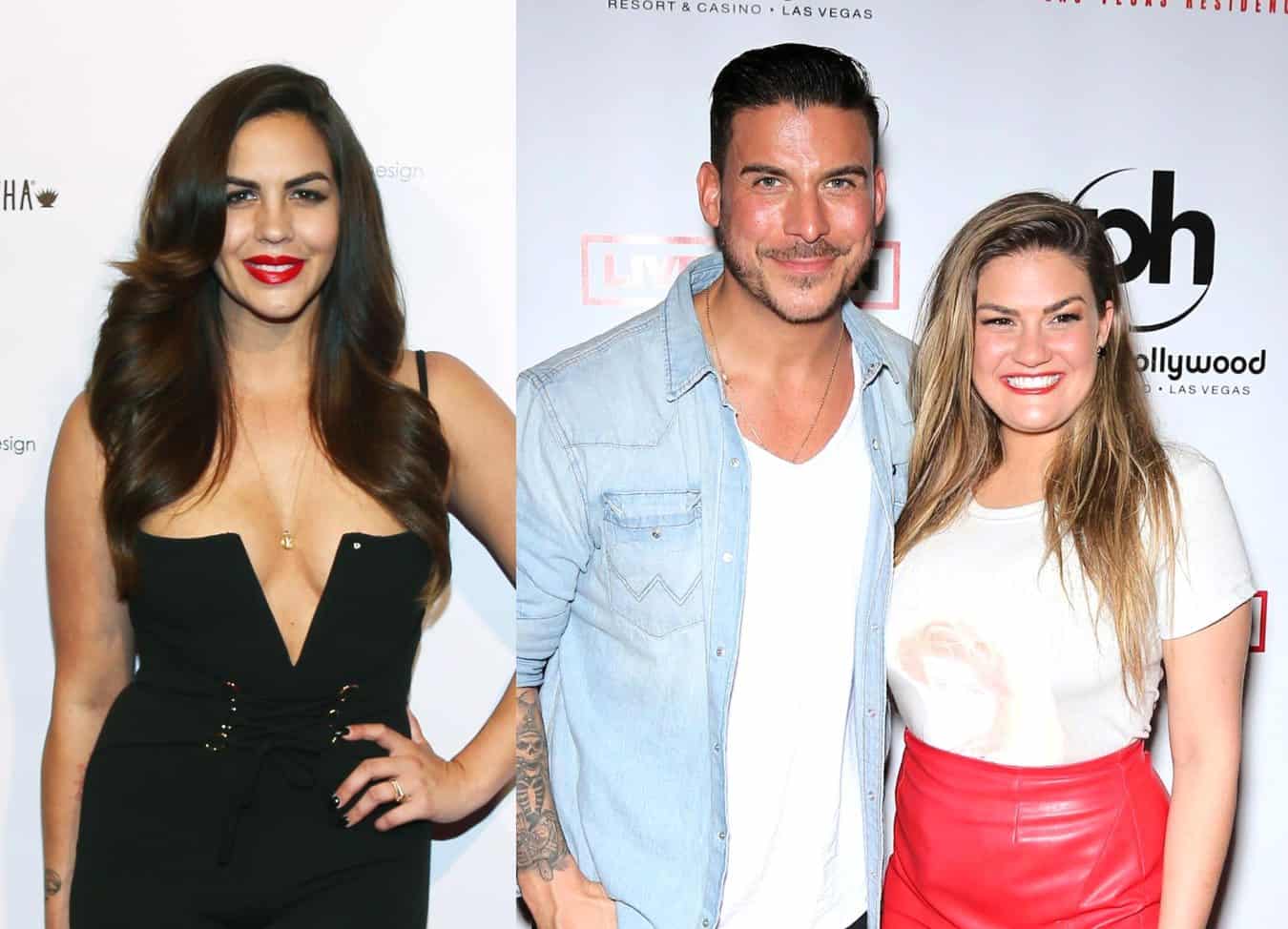 Following the dramatic episode, the cast, including Tom Sandoval, Jax Taylor, Ariana Madix, Brittany Cartwright, Katie Maloney, and Tom Schwartz, sat down with producers for a taping of the Pump Rules: After Show, where they shared their thoughts on the battle between Jax and Brittany, and Sandoval and Ariana.

“It seems so juvenile to me. It became this thing where [Jax and Brittany were] like, hitting up [James Kennedy], who they don’t even like, to come to their house and I thought that was a little lame,” Sandoval explained.

“Having pool parties was like, our thing. If you want to have pool parties, do whatever you want. The same day, the same time, the same everything is what I did not understand. And they’d never done that before. So it seemed like, ‘Okay, this is so petty,'” Brittany stated.

According to Brittany, she was most frustrated by the fact that her Pump Rules co-stars have chosen to ignore the positive changes Jax has made in recent years.

“Jax has changed so much and he has made it through so many obstacles and then as soon as he messes up, the entire group is like, ‘Jax sucks. Jax is the same person.’ He can not ever get ahead,” Brittany complained. “I know he shouldn’t have done this or that but people need to realize, you’ve done things like that too.”

As fans saw on Tuesday, Brittany confronted Katie about her alleged hypocritical behavior by pointing out that while Jax did share a number of mean text messages to his co-stars, she’s no stranger to rage texts.

“That’s just some deflection that is happening. We [were] talking about Jax… This [was] Jax’s fault,” she noted.

Katie then looked back on the pool party madness and shared details about a conversation her husband had with Jax prior to the events.

“Jax started texting Schwartz for no reason and was like, ‘Hey man, I don’t think you should come to my party. I think you should support Sandoval. He’s your business partner.’ And Schwartz was like, ‘What are you talking about? We’re coming to your party. Stop it. You’re being a b***h.’ And Jax was like, ‘No, no, no. I don’t want you coming,'” she shared.

Following the texts, Schwartz, who’s used to being stuck in the middle of Sandoval and Jax’s drama, decided to attend Sandoval’s pool party out of sheer exhaustion over the “ridiculousness” of the situation.

While seated beside Lisa Vanderpump during his own After Show interview, Jax offered a stern warning to his co-stars.

“You go after my wife, I’m going to come after you,” he vowed. “I don’t care if you’re my best friend or not. She’s the sweetest person in the world. How dare you throw a party the day before after she’s been planning this forever with all her friends. And to make her cry? It takes a lot to make Brittany upset. And the people who want to make her upset, shame on you.”