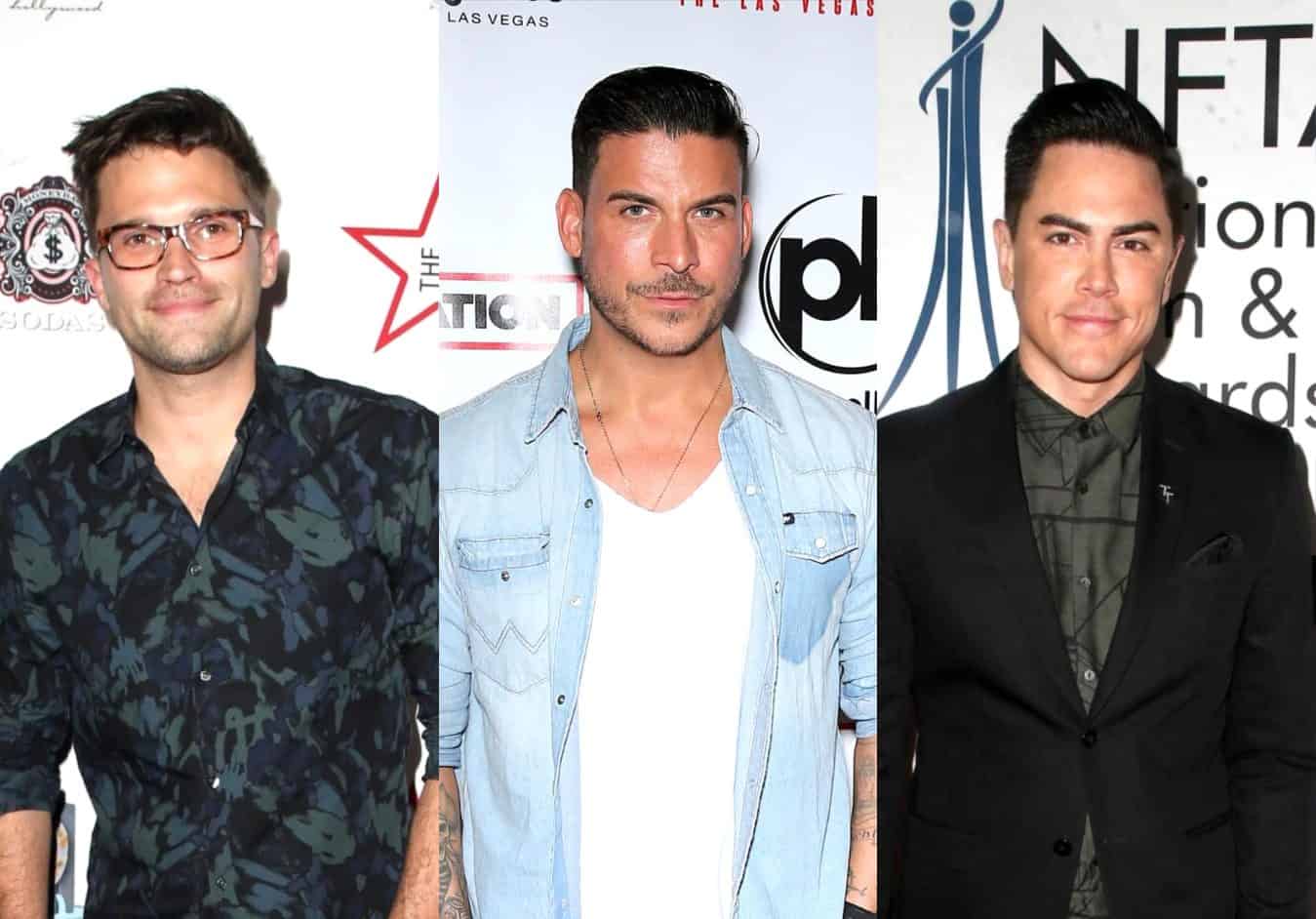 Tom Sandoval is weighing in on his Twitter drama with Jax Taylor.

As their feud continues to play out on Vanderpump Rules, Sandoval spoke about Jax’s recent attacks on social media during an interview with Tom Schwartz, who addressed his friends’ ongoing feud before the two of them offered their advice on dating a co-worker.

“I didn’t have a Twitter war with Jax,” Sandoval explained during an interview with Us Weekly. “I literally said nothing.”

According to Sandoval, he believes Jax does and says things on a whim because he’s a reactionary person.

“Jax projects a lot, he’s very reactive [and] I’m sure he’s a bit of a publicist’s nightmare,” Sandoval stated.

Stuck in between the two men’s drama is Schwartz, who has been best friends with both of them for the past several years.

“I try to understand where they are both coming from, probably to a fault,” Schwartz admitted.

Although Schwartz hopes that Sandoval and Jax will eventually reconcile, he wondered if that was possible, saying they may have “outgrown” their friendship.

“Maybe they’ve just outgrown each other. I don’t know. Maybe it’s a fruitless battle I’m fighting. I don’t know. I love them both so much in different ways and they’re very different people,” he noted.

“I’m more the reasonable one and Jax is more the unreasonable one,” Sandoval explained. “And we’re going to clash over that stuff.”

As for whether or not he’s taken a side in their battle, Schwartz pled the fifth.

“At any given moment, they’ve both made reasonable arguments as to why they’re upset with the other person but I’m going to plead the fifth [about taking a side],” he shared.