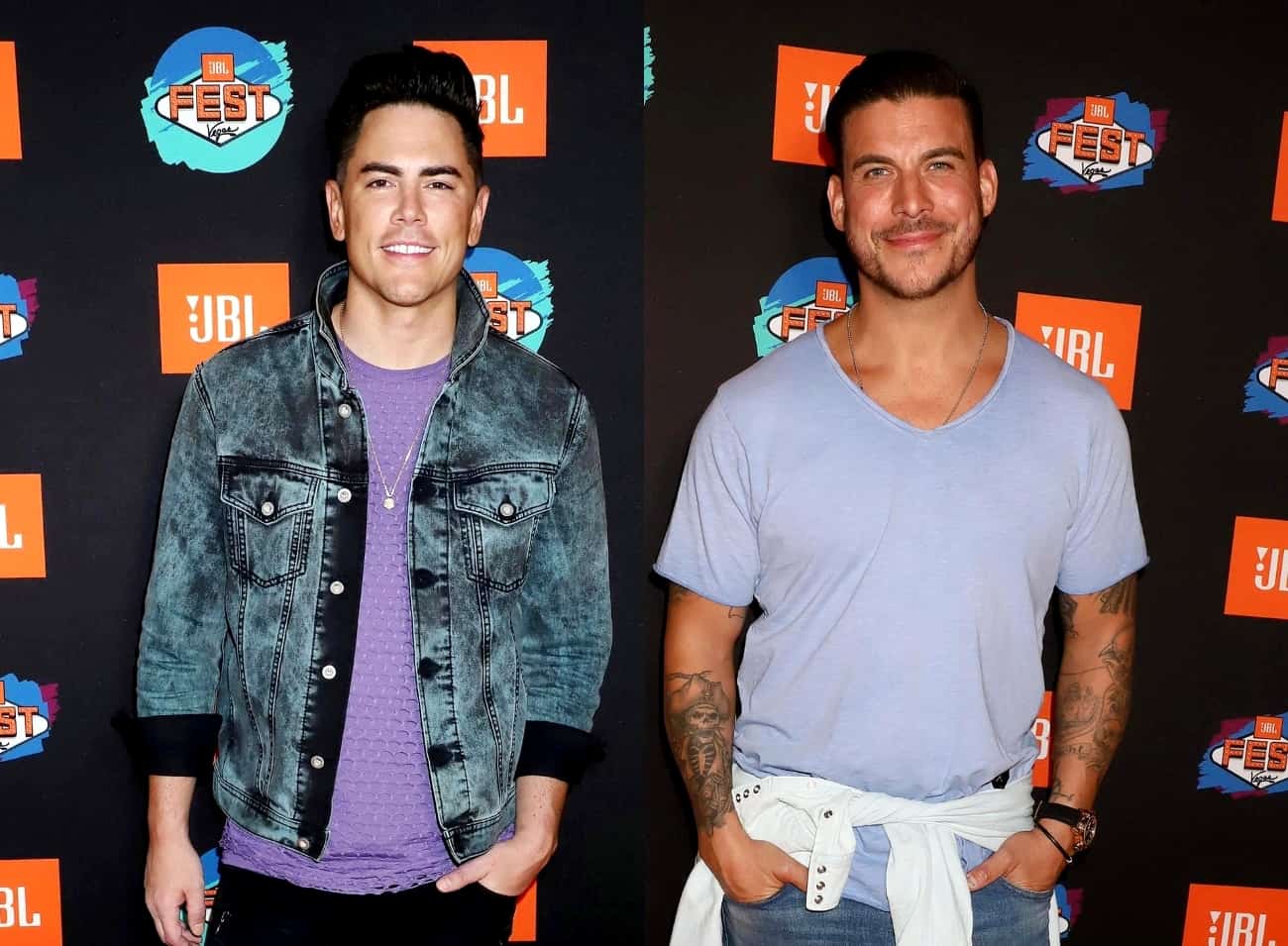 Tom Sandoval is responding to Jax Taylor‘s recent Twitter rant against him.

During a new interview, Sandoval fought back against his Vanderpump Rules co-star’s “angry” messages by accusing Jax of “projecting” before questioning whether or not he’s truly changed and explaining why he was so upset that Jax took so long to fire his pastor after learning he had shared anti-LGBTQ posts on social media.

“It seems like he’s angry and projecting,” Sandoval told Us Weekly. “Jax will say that I’m doing everything for the wrong reasons. Try to discredit me in any way he can. Again authenticity is important to me and anything I ever do and say on the show is to be truthful, open and honest about my life and how I am feeling.”

On last week’s episode of Pump Rules, Sandoval confronted Jax and wife Brittany Cartwright at Peter Madrigal‘s birthday party about why they waited until Lisa Vanderpump spoke to them before booting their pastor. Afterward, Jax accused Sandoval of being “phony” and slammed him for constantly belittling his TomTom business partner and longtime friend Tom Schwartz on Twitter.

“I don’t see a changed person when he acts like this. What’s most upsetting is when Jax says things that he knows are not true just to try to hurt me,” Sandoval noted of Jax’s tweets.

According to Sandoval, he was quite bothered by the past posts shared by Jax and Brittany’s pastor but didn’t want to bring up the issue to Jax himself.

“I didn’t want to be the one to mention it. As Lisa had brought it up first then I felt it important to ask the question,” Sandoval explained. “Authenticity has always been important to me ever since I’ve been on the show and if I didn’t say something then I would have been being inauthentic.”

“For cast members to say that I don’t want other people to be happy is extremely hurtful and totally contrarian to my nature,” he continued. “I would hope it’s clear that my actions in the previous seven seasons would support this. I was excited for Jax and Brittany to get married and I’m sure they both knew that.”

After Sandoval and Jax’s confrontation on last week’s Pump Rules, Sandoval was kicked out of his best man role in Jax’s wedding but was ultimately reinstated. Recently, however, Jax confirmed he regrets going back on his decision.