Home Vanderpump Rules Vanderpump Rules’ Tom Schwartz Reveals Why He’s No Longer on Jax Taylor’s Side Amid His Feud With Tom Sandoval, Offers an Update on Katie Maloney and Kristen Doute’s Feud

Vanderpump Rules’ Tom Schwartz Reveals Why He’s No Longer on Jax Taylor’s Side Amid His Feud With Tom Sandoval, Offers an Update on Katie Maloney and Kristen Doute’s Feud 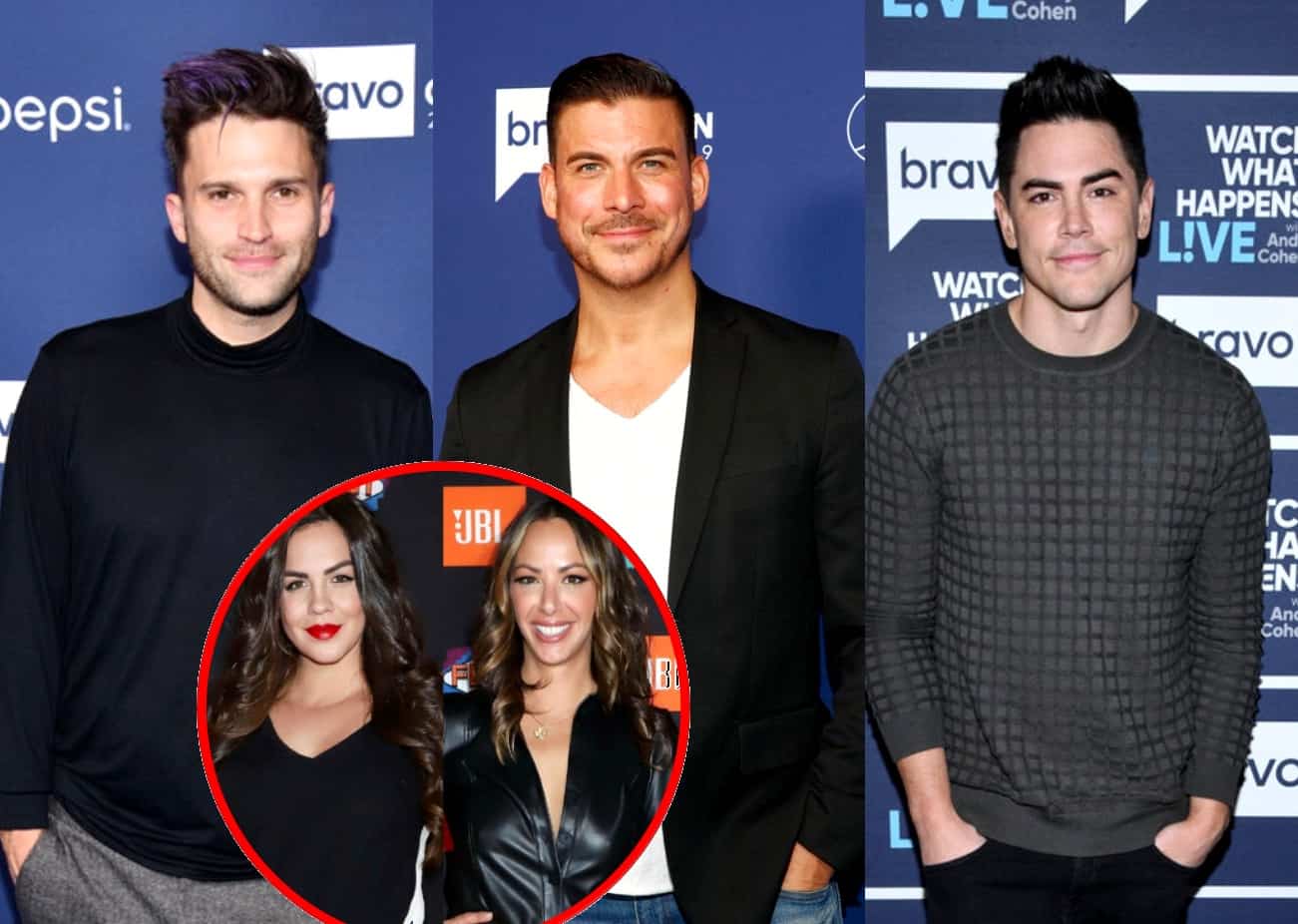 During an interview this week, the Vanderpump Rules cast member explained why he now believes Tom Sandoval was in the right when it came to his feud with Jax Taylor before addressing wife Katie Maloney‘s ongoing feud with Kristen Doute and dishing on his and Katie’s second wedding.

While speaking to Entertainment Tonight on March 3, Schwartz said he initially sided with Jax after he was called out by Sandoval for waiting too long to fire his controversial pastor because he was “missing information.” Now, after seeing how everything went down, he feels different.

“Obviously, I have feelings on what he said… I’m disgusted with what the pastor said,” Schwartz explained. “But you know, when it was initially happening in the moment, I was siding with Jax because I thought it seemed like [Sandoval] was putting him on trial.”

“It’s played out in every different combination within that little group of three, but this time it feels different,” he shared. “It feels more permanent.”

While Kristen is on the outs with some of the women of the show, Katie has remained quite close to several of her co-stars, including Brittany Cartwright and Lala Kent, and she actually has a tentative “pregnancy pact” with them, which Schwartz is on board with.

“I love kids, I’ll make a baby tonight!” Schwartz exclaimed. “I’m down, I’m ready … I am ready to have babies. I’ve always loved kids [and] I wouldn’t want to be too old of a dad, you know? I want to be able to play catch with my kids.”

In regard to his and Katie’s second wedding, which took place in Las Vegas last July, Schwartz admitted to making a major mistake during their first go-around before gushing over their Sin City ceremony.

“I sorta swept something under the rug… this little thing called a marriage license,” he confessed. “But apparently it is kinda important for, like, taxes and other legal reasons.”

“It’s one of the happiest moments on the show,” he added. “I’ve had a lot of highs and a lot of lows, but, yeah, it’s something I’m very fond of.”