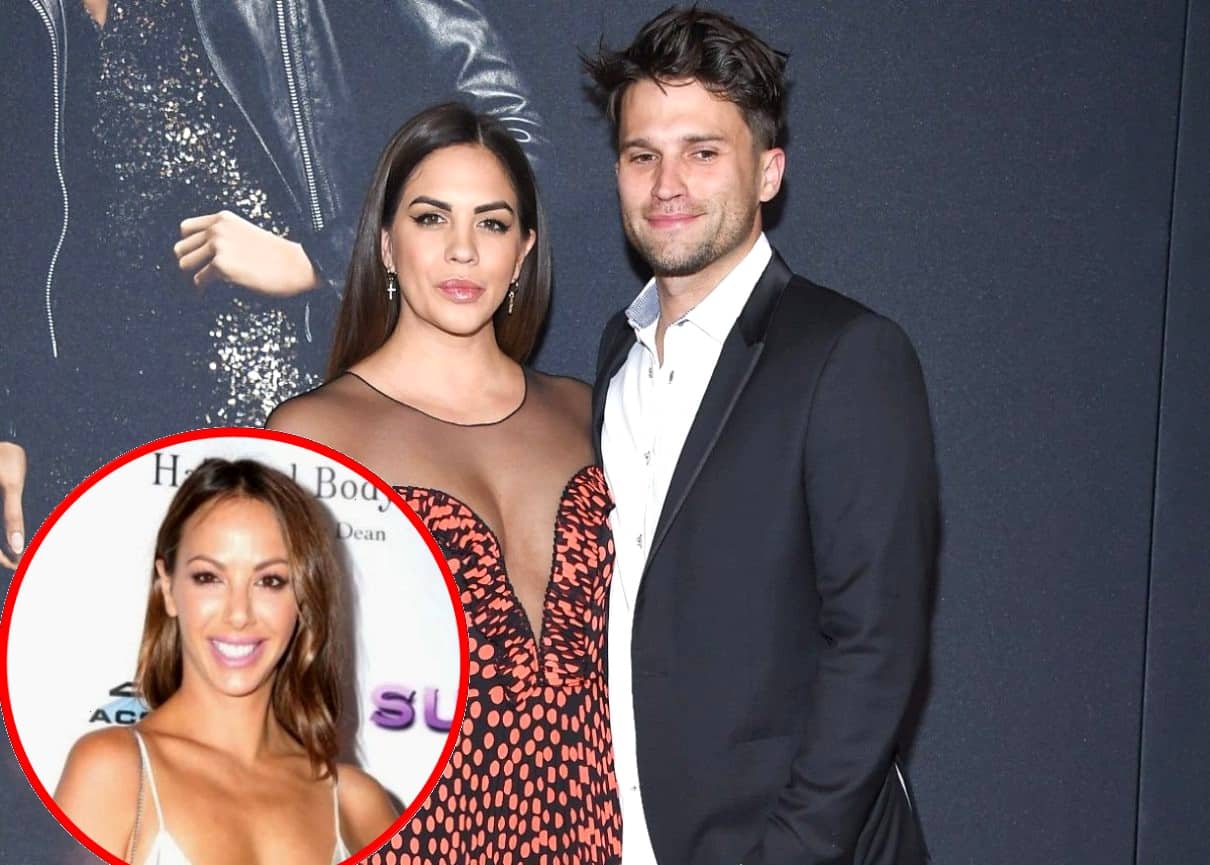 Vanderpump Rules star Katie Maloney is revealing what is holding her back from making amends with Kristen Doute amid their ongoing feud as fans can remember, Tom Schwartz opens up about his rocky relationship with his wife.

In a new interview, Katie shared her thoughts on Kristen, revealing where their friendship currently stands amidst all the Pump Rules drama. The feud between the women started after Kristen brought up Tom’s past cheating during an argument they were having on the show.

“[Watching the show is] not making it harder, but I think sometimes seeing Kristen’s response to things and the way she sort of speaking is, like, kind of pushing me a little further from her,” Katie told Us Weekly while attending the National Margarita Day event with Patrón, alongside Tom.

Katie is likely referring to Kristen’s recent comments suggesting that she and Next Level Basic author Stassi Schroeder ditched Kristen because she’s single.

“[Lala Kent] has [Randall Emmett] and [Brittany Cartwright] has [Jax Taylor], Katie has [Tom Schwartz] and ‘OOP, here’s single Kristen, well that doesn’t fit with our group now. You can’t be in our pregnancy pact.’ But I don’t need a man to do everything that I’m doing,” Kristen stated last month to Us Weekly.

Tom also had a lot to say about his relationship (and sex life!) at the same event.

“We’ve been through so much and I mean, arguably at so many points in our relationship, you could say, ‘They probably should’ve broken up or gone their separate ways,'” said Tom to Us Weekly. “But we got through it. We were stubborn. We put the work in and now I can say, without a doubt, I’m happier than I’ve ever been. I think we both are.”

If you recall, Tom and Katie started dating two years before Pump Rules began and have remained together for 10 years. Their ups and downs have been well-documented for the Bravo series — especially the tension they endured leading up to their wedding in August 2016.

“This year we’ll have been together for 10 years,” Katie added. “That’s a decade. I think there’s something to be said there.”

The 37-year-old TomTom owner also shared at the event how he was often doubtful about his relationship: “There were times early on that I definitely didn’t think it was going to last. I think we both had moments early on like various, but man, I’m just so happy we made it.”

Pump Rules fans have witnessed a lot of the moments Tom speaks of, from rumors of his cheating to “Tequila Katie” coming out in a drunken rage. Katie told the outlet that she’s evolved since then, still taking the time to turn up but not necessarily turn into a nightmare.

“It’s controlled. I’m not at the table screaming like, ‘My boyfriend’s in there sticking up for that whore!’” Katie explained about her current drinking habits, referencing her meltdown at Scheana Shay’s birthday party during season 2.

“It’s not like that,” Kate continued. “There’s layers to ‘Tequila Katie.’ There’s still fun ‘Tequila Katie’ that likes to turn up and have a good time.”