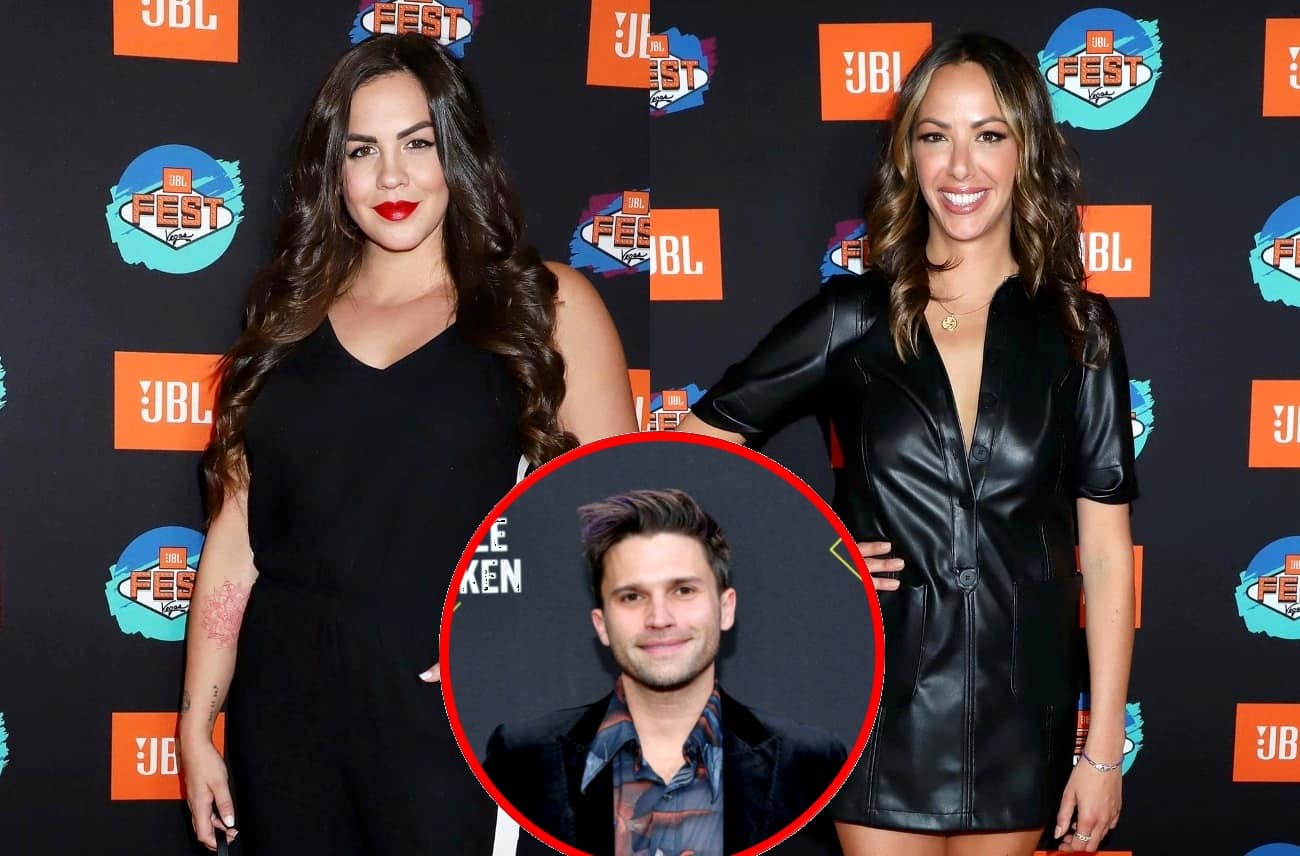 Katie Maloney declared Kristen Doute was “cut” at a strip club in Miami on last night’s Vanderpump Rules. On Twitter, she explained her comment to fans as she shared new details about why she chose to end their friendship.

As Kristen addressed her statements about Tom Schwartz‘s cheating in a tweet of her own and suggested Katie was holding her back, Katie defended her decision to remove Kristen from her friend group before reacting to a fan who suggested she wasn’t a good friend to Kristen during her relationship struggles with Brian Carter.

“Kristen came and sat on Toms lap at the strip club right after throwing that sh*t in my face at dinner. Of course I said she was cut,” Katie tweeted.

During Tuesday’s show, Kristen attempted to remind Katie that she was there for her after Schwartz cheated on her prior to their August 2016 wedding, but according to Katie, she and Kristen “weren’t friends during that time.”

After a fan pointed out that Kristen allegedly supported her throughout her drama with Schwartz, Katie said that wasn’t the case.

“No she said it to be a b***h,” Katie replied. “I know that move. I invented it. If y’all remember correctly that was season 3. I wasn’t even friends with Kristen then. So she wasn’t ‘there for me’ I also didn’t sand bag my friends with that shit for 2 years either.” 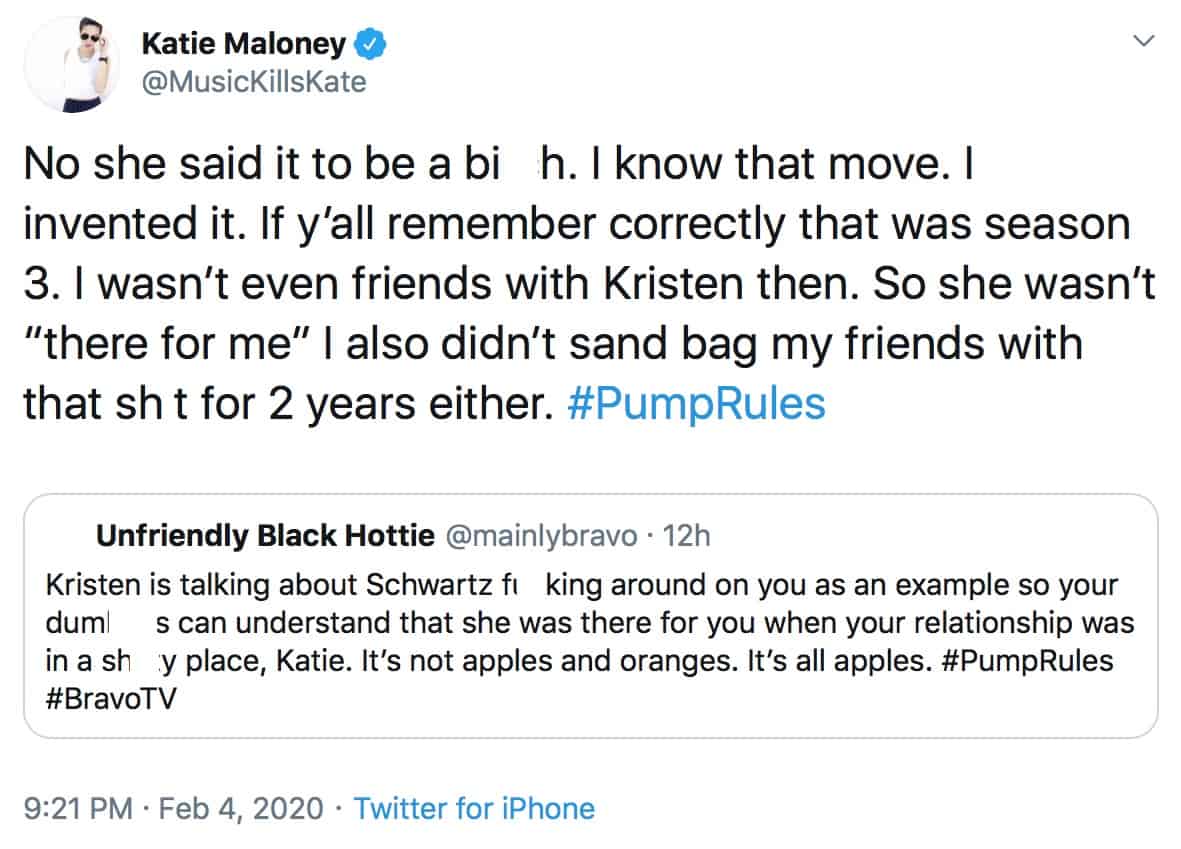 Around the time that Katie shared these tweets, Kristen also spoke out about Tuesday night’s show, admitting that when it came to her comment about Schwartz’s past infidelities, she crossed the line.

“Bottom line, it was a d**k thing of me to say about Tom and Katie’s relationship,” she wrote.

While Kristen appeared to regret what she said about Schwartz, she suggested on her Instagram Stories that Katie was holding her back during season eight by sharing a “gentle reminder” with her fans in the form of a quote from Alex Elle.

“Give yourself permission to expand. You don’t have to shrink to fit into the lives or hearts of others. Be courageous in your ability to outgrow what is keeping you stuck,” read Alex’s quote. 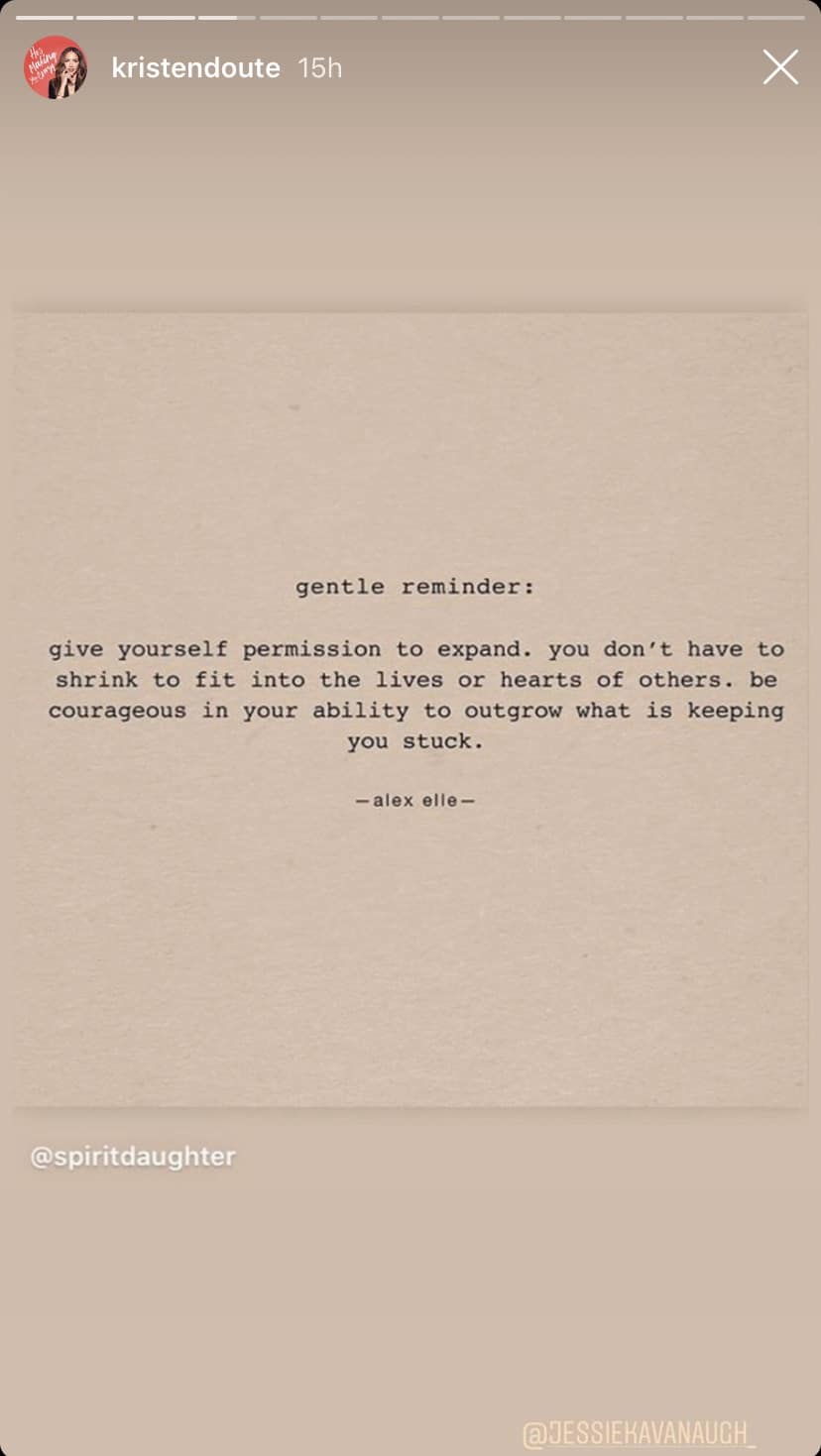