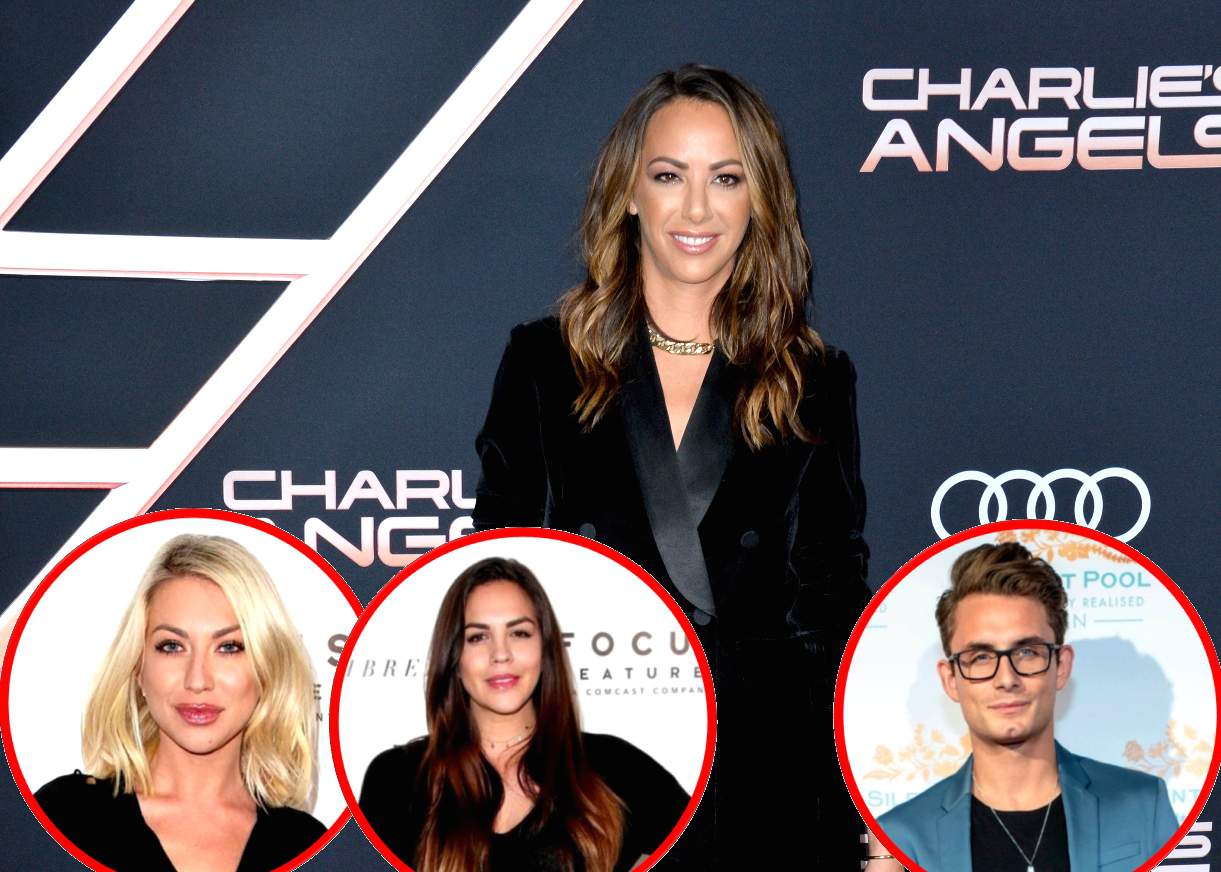 Vanderpump Rules season eight will serve as a “metamorphosis” for Kristen Doute.

Ahead of the series’ January premiere, Kristen attended the premiere of Charlie’s Angels, where she discussed her relationship status, her friendships with Stassi Schroeder and Katie Maloney, the new additions to the cast, and her current thoughts on her former boyfriend and longtime nemesis James Kennedy.

“For me, it’s like my metamorphosis,” Kristen explained to Entertainment Tonight. “It’s literally like, caterpillar to a butterfly. There are a lot of changes in our friendships and my relationship. I’m single now and I’m writing a book that comes out next year. It’s going to be full of women empowerment and self love. It’s kind of like everything is coming together.”

In September of this year, after months of ups and downs with Brian Carter, Kristen shared news of their split on Instagram.

“[I’m] fully single,” Kristen confirmed. “It was just kind of time to take a different course.”

While Kristen has only been single for a couple of months, she said she “might be ready to date” soon. In the meantime, she’s looking forward to figuring out where she stands with Stassi and Katie, who she began feuding with over the summer.

“We’ve hit a low. We’ve been friends for 10 years, family basically, my sisters, and with that comes ups and downs and we’re definitely at a down right now,” Kristen explained, adding that she still doesn’t know what happened between them.

“I don’t really have an answer [about what caused the falling out]. Hopefully I’m given one,” she added.

Although Kristen remains on the outs with Stassi and Katie, she recently “had a blast” with Katie at the E! People’s Choice Awards.

“We’re still very cordial and friendly when we hang out. We just aren’t at the same place we were at before,” she explained.

During Pump Rules season eight, Kristen was noticeably absent when Stassi celebrated her engagement to Beau Clark. When it comes to the couple’s upcoming wedding, Kristen suspects she will be left off the guest list.

“Would I crash Rome, Italy? Probably not,” she joked.

As Kristen focuses on her upcoming projects, including her new book, she’s gladly moving past her drama with James and says she’s now “so over” their issues.

“He’s fine… It was a million years ago,” she stated.