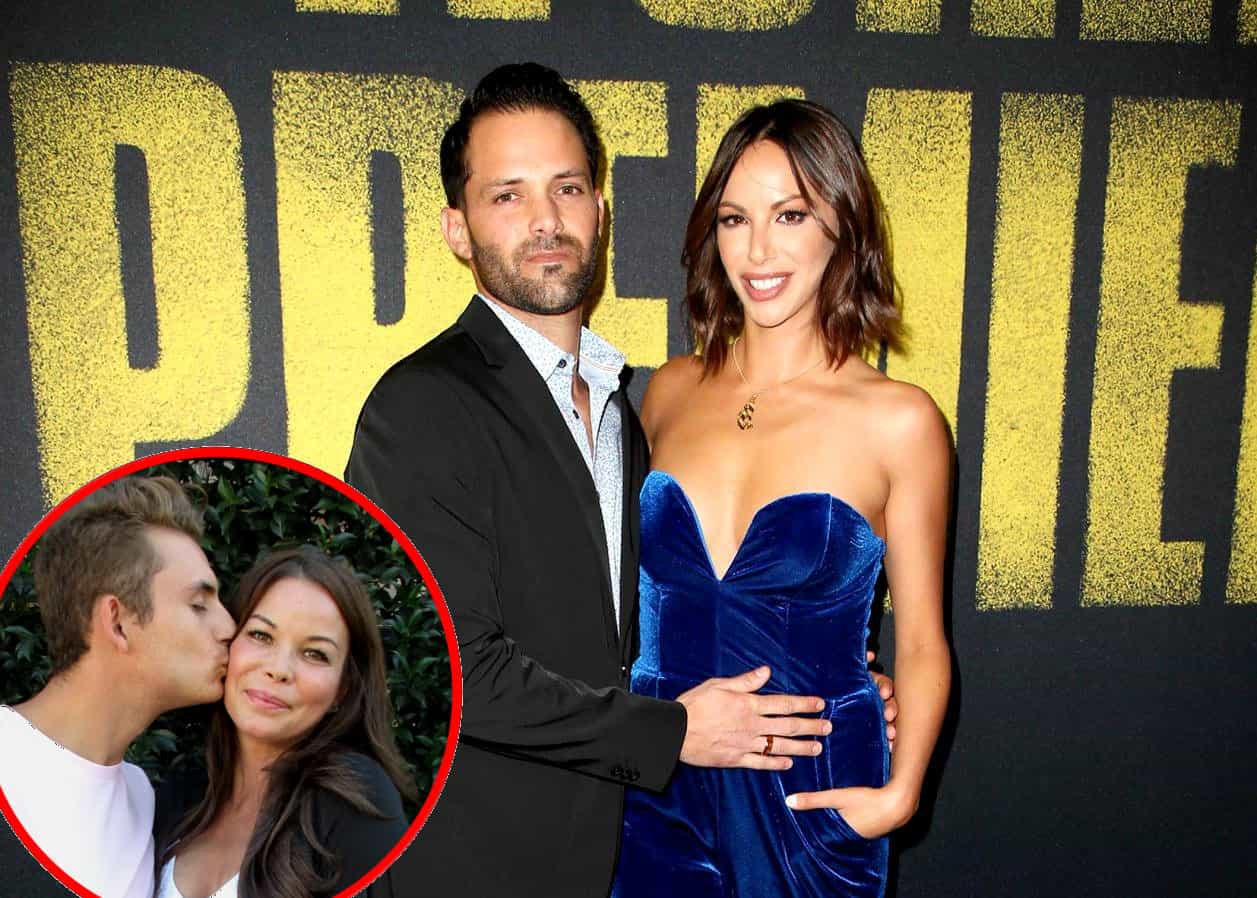 Kristen Doute revealed her thoughts on James Kennedy‘s mom during her appearance on last night’s Watch What Happens Live After Show and, as usual, she didn’t hold back.

During the show, after a caller phoned in to ask the Vanderpump Rules star if she felt bad for her ex-boyfriend after seeing him open up about his family’s financial struggles, Kristen showed no compassion and went on to label his mother, Jacqueline Georgiou, a “terrorist.”

“Absolutely not, actually,” she replied. “I’ll say that I felt bad for him when I see what a terrorist his mother is but we all support our families. So I don’t feel bad for him.”

“Okay, can you be clearer?” Andy joked.

Later on in the after show, after another caller asked Kristen for her thoughts on Jacqueline’s comment about her “[abusing] her son” on Instagram, she recommended James’ mom steer clear of social media.

“Some people should stay off social media and as much as I don’t want to defend James at all, the apple doesn’t fall far from the tree. It’s the only time I feel this much bad for him,” she reasoned.

During the regular show, Kristen was asked about her current relationship with boyfriend Brian Carter after her longtime friend, Stassi Schroeder, was seen berating him on the show.

As fans may have seen, Stassi took aim at Carter, claiming he’s a “bad guy” who doesn’t “give a f**k” about Kristen and refuses to give her any help financially, despite the fact that he is living in her apartment. And in recent weeks, there has been speculation that Kristen and Carter might have broken up.

“You know what? Honestly, I bleed out for the show. Like, I show every single second of everything, and so for this, I’m just gonna have to say we’re figuring it out,” Kristen explained. “Especially if you wanna talk about what’s happening today with the show airing and what’s been going on in our relationship for the past, you know, year or more. We’re figuring it out, so we’ll let y’all know when we get to that place.”