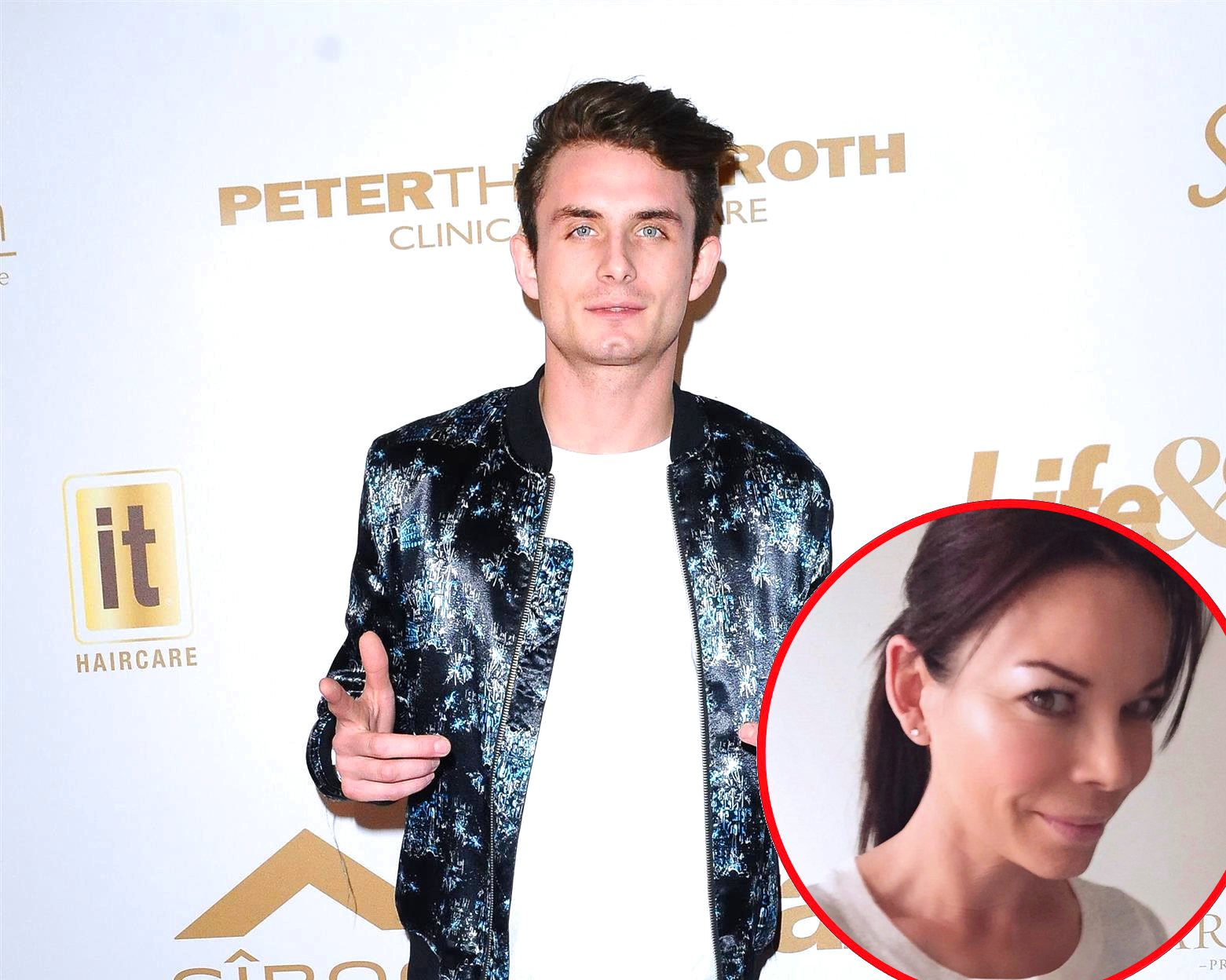 James Kennedy may be thought of by some to be the villain of Vanderpump Rules season seven but according to a new post on Instagram, not everyone thinks ill of the DJ.

Following Monday night’s episode of the show, which featured James at odds with his mother, Jacqueline Georgiou, the reality star took to his Instagram page, where he shared a supportive message sent to him by one of his fans.

“Over the years, I’ve judged you. I’m really f*king sorry,” the fan wrote. “I’m a mom who put my kids through a divorce. I forced my son to become the man of the house at the age of 13. I just saw his life through your perspective. I’m so so sorry. Thank you for opening my eyes. Take care, James. I’m going to go be the mom my son deserves. Thank you.”

During Monday’s episode, James was seen going to therapy where he complained about continuously being “treated like a f*cking child” when he is actually the “man of [his] family.” James was then seen meeting with his mother to discuss setting boundaries in their relationship as well as their financial issues.

After sharing his fan’s supportive message, James reflected on the message and explained why he continues to appear on Vanderpump Rules, despite being on the outs with a number of his co-stars.

“People judge me and I’m fine with that. I do this show to change people’s perspectives and let them see mine, this makes me so happy to see and this is not the first message I have received, I’ve been sent literally hundreds and hundreds and hundreds if not thousands!” he said. “And I can’t read them all but I see them and I love you all.”

“It’s not always easy but that’s life and I swear if you’ve met me in person… or as a fan or a friend I bet you really liked me in real life. [Anyway] I might delete this I probs will but I’ll leave it up for you guys to see for a bit thanks again and sending love to everyone going through anything in life!” he concluded. 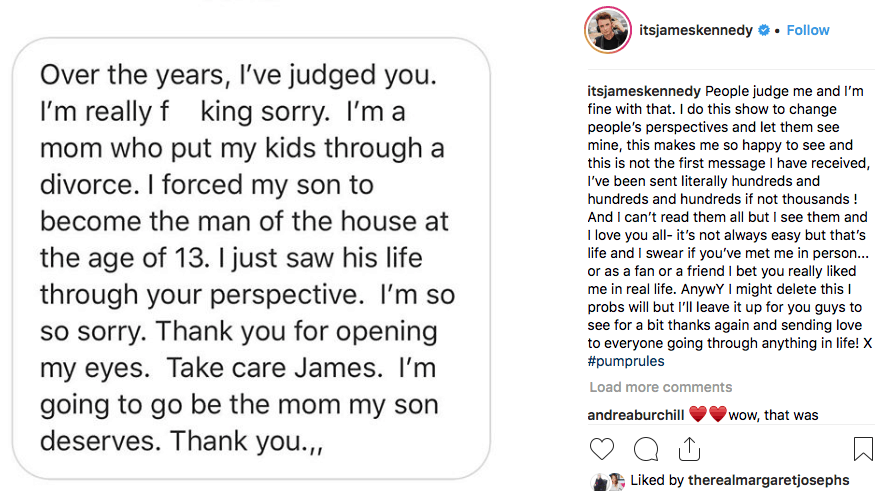 After being seen begging Lisa Vanderpump to re-hire her son at SUR Restaurant, James’ mom, Jacqueline, took to Instagram to weigh in on her appearance and share her thoughts on season seven.

“When I filmed with Lisa I had no idea what had happened, regarding my son being fired. I watch [Vanderpump Rules] episodes as they air like everyone else and in my opinion, James should never have been fired,” Jacqueline said.

According to Jacqueline, who told Lisa she was James’ “mother figure,” James shouldn’t have been fired for taking aim at Katie’s frame after seeing her in a pair of short shorts during the L.A. Pride events at their restaurant.

Jacqueline also wondered why James’ ex-girlfriend, Kristen Doute, got away with beating him up during a past season of the show.